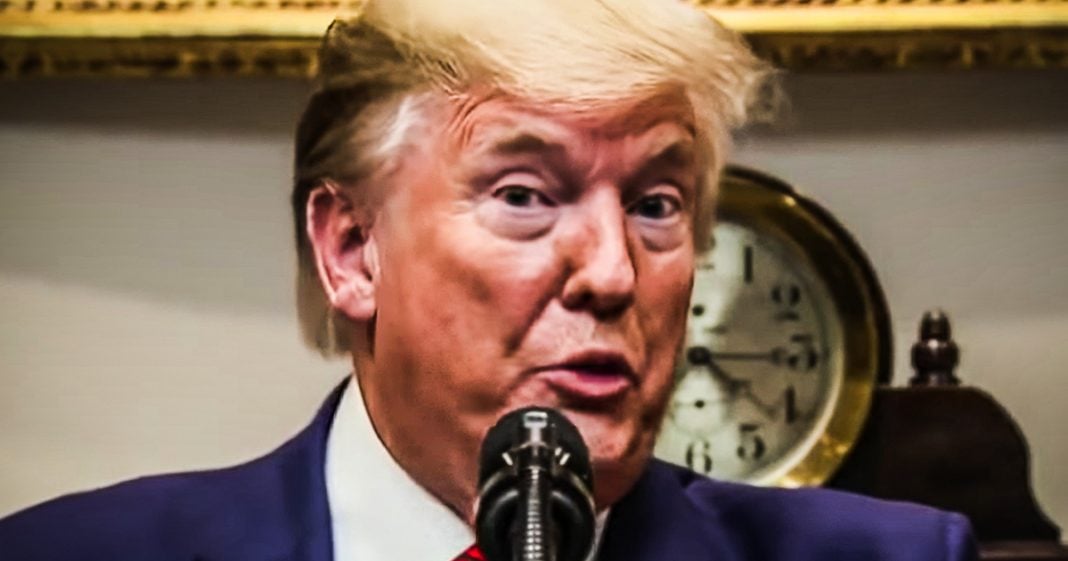 According to an explosive new book by Ronan Farrow, AMI, the company that owns The National Enquirer, shredded sensitive documents related to Trump’s payment to Playboy Playmate Karen McDougal in order to protect Trump’s 2016 presidential campaign. Now that this is under criminal investigation, the Enquirer could be looking at severe legal consequences for their actions, as Ring of Fire’s Farron Cousins explains.

*This transcript was generated by a third-party transcription software company, so please excuse any typos.
According to an explosive new book by Ronan Farrow, AMI, the company that owns the national Enquirer actually shredded and destroyed documents and stories that would have damaged Donald Trump’s 2016 presidential campaign. Here’s the story that Ronan tells in this new book, back then 2016 we’re coming up towards the end of the election. Polls are tied. Hillary’s slightly ahead in AMI by way of national Inquirer had gotten their hands on stories that Donald Trump and Michael Cohen had paid $150,000 to former Playboy playmate Karen McDougal a to keep her silent about the affair that Trump had with her. And national Enquirer bought those stories. They caught them and then they killed them. That’s the catch and kill and they put them in a safe, according to Ronan Farrow right there at AMS office along with some other documents that implicated the company in some of the arrangements of the hush money payments. Cause David Pecker, the guy that owns it was good friends with Donald Trump and wanted to protect him. So that’s why all of this happened. And then on the day that the story broke because they were called by another reporter saying, Hey, we’re reaching out for comment about this story. You’re implicated in it. Then they came in and said, take it all out of the safe. Get a shredder up here and destroy it all because they wanted to help Donald Trump win. Now, last year, AMI and Pecker were given immunity by investigators in the state of New York who were looking into whether or not these payments constituted a campaign finance violations along with the catch and kill, which may not have been something that physically was money, but it was something of value that was given to the campaign. So that’s potentially illegal, but they were given immunity so that they would cooperate with the prosecutors. But because this is a criminal investigation, they destroyed evidence and unfortunately they were given immunity probably before we knew that this story happened. Now, is it possible to revoke that immunity? Maybe depends on the terms of it. If, if the prosecutors in New York determine that AMI and David Pecker were not completely honest with them when entering into the immunity agreement, then yes, that immunity agreement can be canceled. And if they didn’t disclose that they had already destroyed evidence relevant to the investigation being carried out by these prosecutors in the state of New York, that to me, legally speaking, would constitute a breach of that immunity upon entering and therefore would wipe the slate clean and then AMI opens themselves up to prosecution unless of course they’ve got something bigger or better that they’re ready to divulge about Donald Trump. So we’ll see. This is a very important story by Ronan Farrow. It’s a very great new book out by Ronan Farrow, and this is just one of many explosive stories that he has about how corrupt and deceitful all of the corporate media is here in the United States.