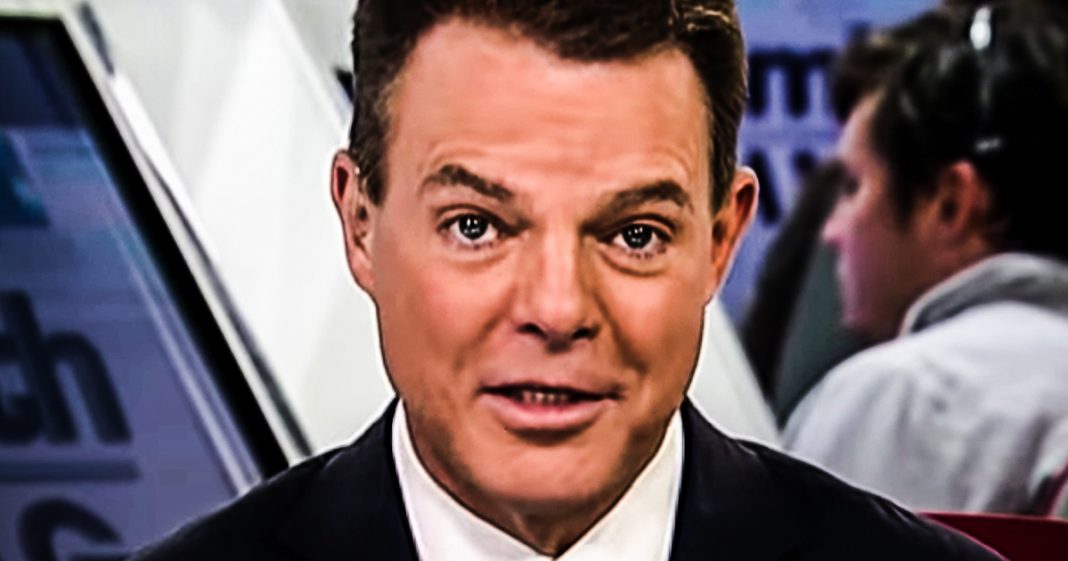 A Fox News staffer who spoke with CNN says that the network is chaos behind the scenes, and the Shep Smith was one of the only reasons a lot of staffers were willing to stick around. With his voice now absent from the network for good, the staffer says that many others are making their way towards the exits. Believe it or not, this is actually not good for the network or for the country, as Ring of Fire’s Farron Cousins explains.

*This transcript was generated by a third-party transcription software company, so please excuse any typos.
Well folks, Shepard Smith is out at Fox news according to his monologue this past Friday. That was it. That was his last show. We’d been there since the beginning. 23 years I think it was. He was out. Thanks for watching. See you later. After this was announced, which this announcement even left, some Fox hosts kind of shocked Neil Kabuto came on right after Shep Smith and was just kind of flabbergasted about the whole thing. Did it, didn’t see it coming, but now we’ve had a week to digest it. Right. Shep is gone. Part of Fox news is real news division is out of the, out of there and according to some staffers who spoke to CNN, the staff might be leaving as well. One staffer put it this way, it feels like a death in the news division. At least we had him referring to Shepard Smith. Don’t be surprised if there’s an Exodus. Fox hasn’t just lost Shep today. That’s a pretty bold statement. Maybe in the Fox news news division, there is going to be a mass Exodus. I mean, heck, we have had reports of that for months now. Gabriel Sherman at vanity fair has been reporting on it for a very, very long time. He’s been spot on with most of it except for this Exodus part that hasn’t come to fruition, and I’m sure these staffers are angry. Yes, Shep Smith was the best the network had. Was he great? No media matters. Did a report showing that even Fox news is real news division still lied every single day. They didn’t go a day without telling a lie, so he wasn’t perfect. He wasn’t great, but he was the best that Fox had. And these staffers, these, these people that just work there is just regular human beings. They’re not all Sean Hannity’s and Tucker Carlson’s walking around the hallways, folks, these are people with families to support. These are people who went to college for journalism, people who wanted to be producers, people who want to help make the news. But this might’ve been the only job they could get. Maybe it’s a good paying job and they’re willing to put their morals on the side in order to sell their souls to bring home a bigger paycheck. But whatever it is, folks, these people aren’t leaving. They’re not going anywhere. I don’t know if you know this, but there’s really not a huge demand for news producers here in the United States. There just isn’t. There’s a lot of unemployed producers in this country right now, and there’s not a whole lot of places you can travel to in this country to take one of those positions. If they were to leave at Fox news, they’re going to be replaced with somebody worse. And that’s the real threat here. As much as I would love to see Fox news suffer a massive Exodus, all their staffers and just kind of be screwed for a couple days, it would only be for a couple of days, and then they’re going to be right back at it and they’re probably gonna replace these real actual intelligent people with lapdogs, with conservative daily caller, Breitbart lapdog types. And that’s going to be so much worse for this country. That’s going to be so much worse for the network. But it would be the best thing to happen to Donald Trump. And that’s why listen, if these staffers want to leave on moral grounds, I support them 100% they want to leave because they just don’t like it there. I support them if they want to leave because there’s still harassment going on. Absolutely. Leave and make sure you tell people about that as well, but understand what happens to this network folks, if those people leave, again, not everybody working at Fox news is Sean Hannity. There are some decent people that work at that network. I have met many throughout the years here at ring of fire. They’re good people. They don’t believe what the network says, and those may be the last gatekeepers there preventing the network from going full blown crazy.