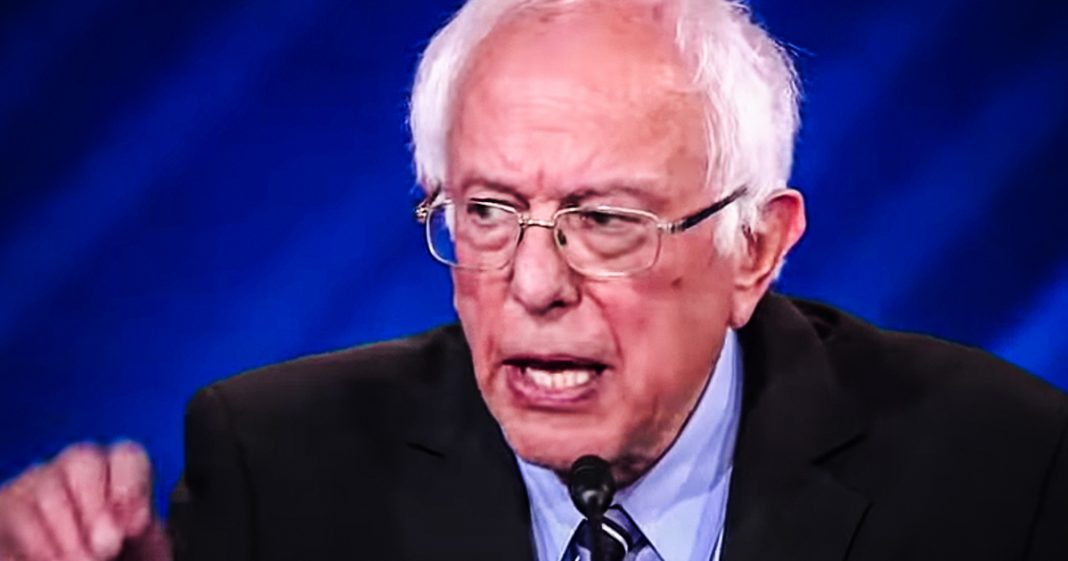 Senator Bernie Sanders unveiled a new plan this week that would force large corporations to hand over partial, minority ownership to their workers, finally allowing workers to have a real voice at their companies. This move mirrors what some European countries have done, and it seems to have worked out pretty well for them. Ring of Fire’s Farron Cousins explains why this plan not only makes sense, but is desperately needed.

*This transcript was generated by a third-party transcription software company, so please excuse any typos.
Earlier this week, Senator Bernie Sanders unveiled his corporate accountability and democracy plan and most people focused on one aspect of this plan, which is that it gives workers ownership in the company that they work for and the reason everybody focused on that is because that is one of the biggest parts of this. It’s one of the best parts of this particular plan and yes folks, it is full blown socialism, right? It’s also what a lot of European countries do too, to make sure that workers have an ownership stake and more importantly a voice with their employer. That’s what this is about. Republicans have spent decades destroying unions here in the United States. Those unions used to be our voice with management. They went and fought for us. They went and got us better benefits, better pay, better protections, but now those are gone. So workers in the time since then had been left with nothing. We are at the whim of our employers and the federal regulators who really don’t do anything to protect any of us. We had no voice. We had no say. Productivity in recent years has continued to go up, up and up. Meanwhile, average pay has been stagnant for decades, so we’re putting in more, we’re getting fewer benefits, but the people that own the companies are making more, and Bernie Sanders came along and said, this is crazy. We have to change this, and that’s what this plan is all about. Here are the specifics. Giving workers the power to directly elect at least 45% of their firms, board of directors, requiring large corporations and all publicly traded companies to provide at least 2% of stock to their workers every year until the company is at least 20% owned by employees. Now, what those two parts of this plan do? 45% of the board gets elected by the workers. 20% of the stock is owned by the workers and the workers only. That’s what gives them a voice. They now have a say. They have a say in how the company is run. It’s kind of replacing that, that union voice that used to be there. Now they have it in the form of stock control. That’s important. Rolling back. All of the disastrous corporate tax breaks enacted under Trump closing corporate tax loopholes and demanding that large corporations pay their fair share of taxes, halting the corporate mega mergers and retroactively undoing mergers that have taken place under Trump and eliminating corporations use of offshore tax havens. According to the campaign, this is going to raise roughly $3 trillion in revenue over the first 10 years. 2 trillion of that would go to pay for the green new deal, which would create more jobs in this country would help us write the course on climate change. It’s a good plan and think the coolest part about it is that it’s a good plan that ties into the other plan, the green new deal. It’s like, Hey, we do this. It helps workers out. It gives us more money and then we use that money. We go and we do the green new deal and the green new deal than creates more jobs and that helps stimulate the economy. Win, win, win situation for everybody involved. Except of course those at the very top 1% who they’re not gonna make as much money. Oh, don’t worry, folks. They’ll pull in millions upon millions a year. They’re going to be doing just fine. They’ll still have their private jets. They’re third, fourth, fifth mansions out there across the country. Their trips to Greece and wherever else they want to go. They have all of that still. They’ll just also have to take care of their workers in between those luxurious vacations.