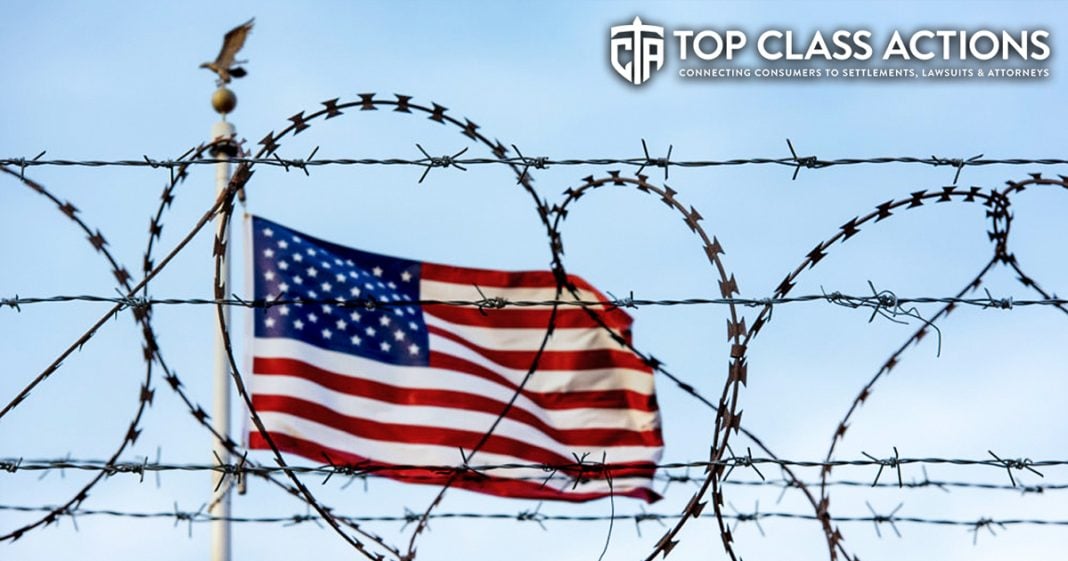 Immigrant families who were torn from each other deserve payment for the trauma the policy inflicted, according to a border separation class action lawsuit lodged by the ACLU against the Trump administration. The American Civil Liberties Union (ACLU), on behalf of immigrant families who were forcibly separated at the border as a result of the drastic policy change implemented without warning by the Trump administration, alleges that the government should be on the hook for the trauma this policy caused. Ring of Fire’s Farron Cousins discusses this with Scott Hardy, President of Top Class Actions.

Farron Cousins:                  The Trump administration is facing a class action lawsuit filed by the families that they separated at the border. This family separation policy that the administration had put in place has caused irreparable trauma to the families and especially to the children who were ripped away from their parents. Joining me now to talk about the status of this lawsuit is Scott Hardy with Top Class Actions. And Scott, this is one I believe we had, we had kind of touched on this a little bit in the past, so tell us what’s happening with this class action taking place down there at the Southern border.

Scott Hardy:                          So the ACLU filed this class action representing immigrant families who were separated because prior to this big 2017 crackdown where they were enforcing this separation of children from their parents, if you were arrested at the border, then you would be, you know, locked up. That, that, that was standard still, but you would be with your children and, you know, you’d be in the same detention facility. Well now you have children that are separated from their families, as you’ve touched on a lot, for more than a year before they’re actually back together as a family unit. And so the ACLU has said this is really unjust, unfair punishment when it’s not necessary. You, this never happened before 2017 or very rarely happened before 2017.

So this is purely a Trump administration policy. And so they’re trying to get some restitution for these kids and these families that are separated. But man, as you can guess, this is a flashpoint for discussion. We have the, the article hasn’t received a lot of comments, but the Facebook posts that we have, already has more than 88 comments from people saying everything from, hey, we shouldn’t be separated the families to, well, wait a second, you committed a crime and now you’re, you’re separated from your family. Just like if I commit a crime out here and I go to jail, I don’t get to see my family. So there are definitely varied opinions on whether this is a good and just class action or whether, you know, people aren’t happy with it at all.

Farron Cousins:                  Well, I think what people need to understand too about this is it’s not, oh, you did something illegal, of course you got separated from your family. First of all, most of these were asylum seekers, so they did not come into this country illegally and number two, if they did come illegally, it’s only a misdemeanor. I mean it’s essentially jaywalking, right? So that is not necessarily something that would cause a normal person to get separated from their family. So, so those arguments are kind of, you know, debunked, right on the surface. The point is this administration, and we know this because they have said it, it came out in the documents from the Department of Homeland Security.

They enacted this policy as a deterrent because they knew it would be cruel. Based on that, based on the documents that we had from Kirstjen Nielsen up at DHS, the admissions that we saw in those, this is pretty much in my opinion, depending on what judge it goes up against, this should be a pretty slam dunk case here. We know that they did it because it was cruel, not because it served any purpose. They wanted to use it as a deterrent, this administration did. That’s what we already know from the documents they have released.

Scott Hardy:                          Right. And I think a, a big problem we’re going to have is this will likely settle. Like you said, this is very likely illegal. This is a cruel punishment. But how do we reimburse these folks? A lot of them, you know, what’s their address? They got deported back to their home country. So how do we actually reach out to them? How do we put some money back in their pockets? Or is there some kind of other compensation that would allow a more, a more fair award? These families aren’t looking for cash, but what they are looking for is a fair shot at, at a, at a chance of asylum. And so, you know, possibly for the settlement, it’d be great to see the attorneys work to get all of these families that were deported, all these families that were separated, a new clean shot at asylum.

Farron Cousins:                  And that, you know, that really is the best we can hope for this. These people came here trying to escape violence, trying to escape horrible conditions. They’re not coming over here to commit crimes. They don’t want to be a burden of society. They just want a better place to live. I mean, we have seen study after study that shows that immigrant populations actually commit fewer crimes than native born populations. They contribute to the economy, they pay their taxes, they get jobs, they do what they’re supposed to do at a level that’s actually higher than the regular native born population.

So hopefully that’s what happens with this. As you pointed out, these people aren’t necessarily just money hungry and ooh, let’s sue. No, they want the chance for a better life and I think they, at least after what they’ve been through, deserve that opportunity. For more information about this issue please follow the link in the description of this video. Head on over to Top Class Actions and make sure you sign up for their weekly newsletter, it’s absolutely one of the best resources available out there for American consumers. Scott Hardy, Top Class Actions. Thank you very much for talking with me.