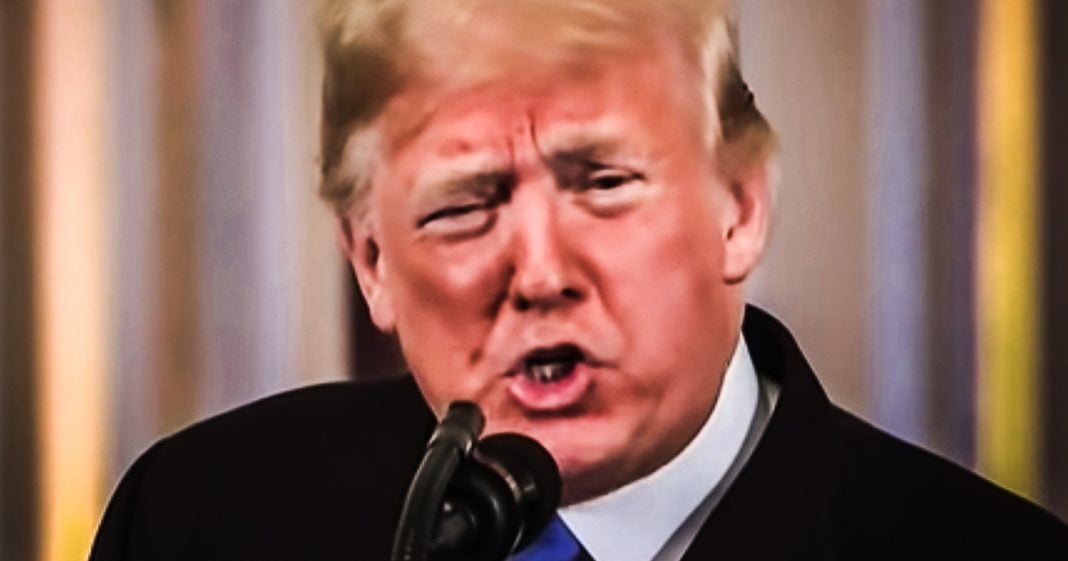 The Trump administration has finalized a rule that will dramatically change the way that poverty is counted, which in turn will result in millions of needy families being kicked off assistance program. That includes roughly one million children who will no longer qualify for free and reduced school lunches, forcing these children to go hungry. This administration has taken cruelty to a whole new level, as Ring of Fire’s Farron Cousins explains.

*This transcript was generated by a third-party transcription software company, so please excuse any typos.
The Trump administration is close to finalizing a rule that is going to kick roughly 1 million children here in the United States off of free school lunches. Now, this is an issue that we have talked about in the past when it was first in development, and here it is right now the poverty level for a family of four here in the United States is $25,000 a year according to the federal government. If you’re a family of four and you make even a dollar over 25,000 per year, you’re not in poverty even though you’re very much in poverty. And if you’re in poverty and you qualify for snap benefits, food stamps, you automatically get enrolled in free school lunches. While the administration believes that, Hey, too many people are getting free school lunches and some of them make almost $50,000 a year, and this administration thinks that that’s a lot of money. And if they do, I encourage any one of them to try to feed a family of four on $50,000 a year. But what they’re doing with this new rule is saying that if you’re over or really not, even if you’re over, we’re changing the rules to where there’s no more automatic enrollment for people who exceed that poverty level. Up till now, it had been a certain, 100% over that was still technically very poor, but not necessarily in poverty. You got automatically enrolled. The administration thinks, no, no, no, no, no, no. We’re letting too many people have free lunches. We’re paying too much to feed starving children here in the United States. So no more automatic enrollment. So what this means is that families will now have to go through the process, fill out the necessary forms, do all this paperwork, uh, to see if they even qualify, and then they can get it. But roughly 55% of the 1 million who are being kicked off will not qualify anymore. So 1 million are automatically going to be kicked off. Roughly 45% of them will be able to reapply and likely should be able to get it. But the remaining 55% or 550,000 children no longer going to get free school lunches, and again, these are people who make less than $50,000 a year and if anybody watching this has ever tried to feed a family of four on $50,000 a year, I have actually family of five. It’s damn near impossible. Damn near impossible. I’ve been through that. I know what it’s like. This administration does not. This is an administration filled with millionaires and billionaires, people who have lived privileged lives from the day they took their first breath and now they’re trying to take away food from starving children. For many kids in this country, that free school meal might be the only meal they get that day, but even that is too much for this administration. We’re going to borrow $1 trillion for the next fiscal year to help pay for the tax cut. We just gave it to the top 1% and yet we can’t shell out a couple of bucks a day for children to not go hungry. This administration is, does, has done plenty of illegal things. They’ve done plenty of immoral things and corrupt things, but few things they have done are more heartless than what they’re doing to these children right now.