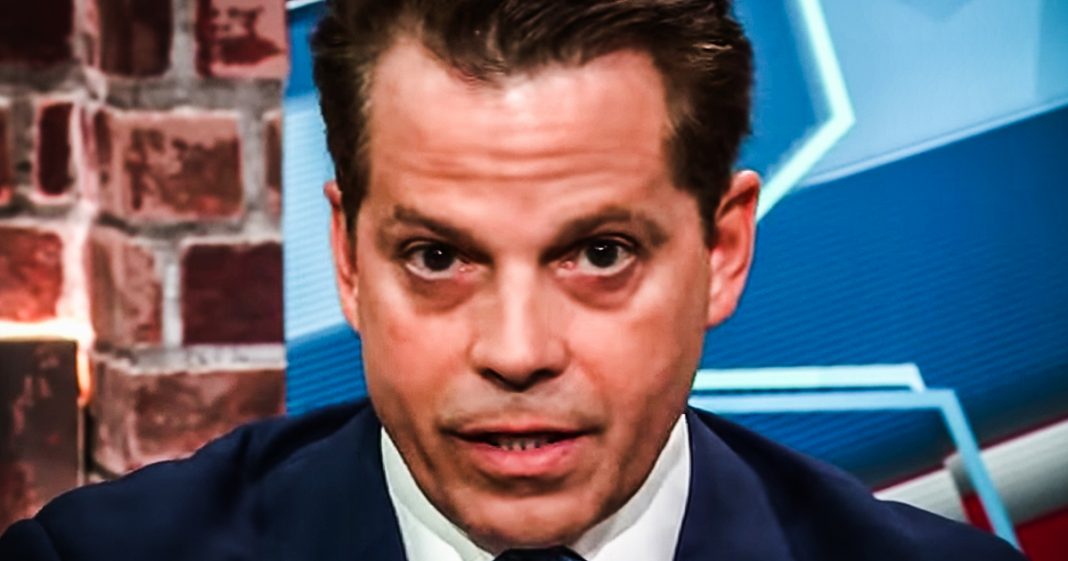 10-day Trump administration veteran Anthony Scaramucci is positive that Donald Trump is going to be removed from office. He believes that at least 20 Senate Republicans will flip and vote to remove Trump from office, which is how many would have to vote against him in order to make that a reality. Scaramucci is dreaming, and Ring of Fire’s Farron Cousins explains why this scenario is likely to never happen.

*This transcript was generated by a third-party transcription software company, so please excuse any typos.
Anthony Scaramucci, the former white house communications director told CNN earlier this week that he firmly believes that at least 20 Republicans in the Senate will eventually turn on Trump and vote to remove him from office when the impeachment trial makes its way to the Senate. Now that is a very happy thought right? that’s something a lot of us would love to believe that, yes, we’re going to get those 20 Republicans to flip. Trump’s going to be gone. Then we’ve got to deal with Pence for a few months and then Democrats take the 2020 election. It’s not going to happen, folks. Now, I hate to be the bearer of bad news. Hate to burst your bubble there, but it’s simply just not going to happen. Now, Scaramucci went on to say that eventually the criminal conduct of this administration coupled with his actions in Syria that’s already turning off a lot of Republicans. He says, and as we learn more, as more of these crimes are exposed like what Mick Mulvaney admitted to yesterday, it’s going to become too much for these Republicans to continue to stand by him. I disagree. Now I do believe firmly that there is a point at which some Republicans may be willing to flip and vote to get the president out of office, but even that there’s like less than a 1% chance we ever hit that point and that point would have to be, it would have to be measurable in polling data for their state, for that Republican Senator who also has to be up for reelection. It has to be shown that they would lose enough support by standing by the president in order to lose their election in 2020 if every single piece of that criteria is not met, they won’t flip. They won’t. Now think about all those things I said they have to be up for reelection. The polling has to show that they would lose their reelection and they would have to lose that reelection solely because they stood by and supported Donald Trump. So three major things that have to be met in every single case and you have to have at least 20 people who meet those three standards. I just don’t think it’s going to happen. And I know Scaramucci has got an ax to grind with the president. I know he allegedly hates him now, but we have to be realistic about this. We have to kind of taper our expectations and we cannot expect 20 Republicans in the Senate to actually do the right thing. That that’s the part that people miss. Voting to remove Trump from office to convict him in this impeachment trial. That would be the right thing to do. And I’ll leave you with this question. When was the last time you ever saw any elected Republican official do the right thing.