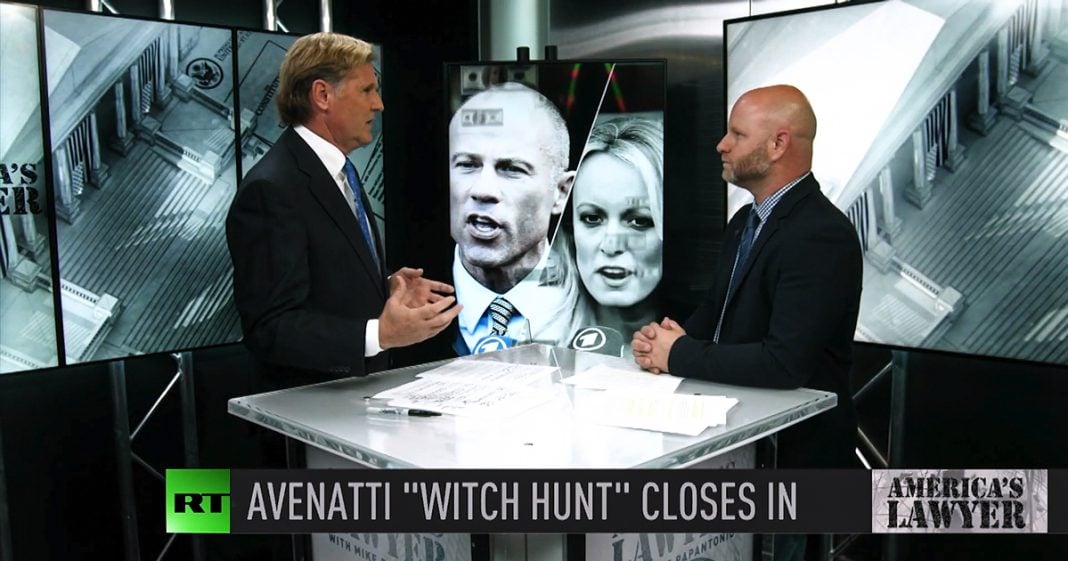 Via America’s Lawyer: Mike Papantonio and Trial Lawyer Magazine editor Farron Cousins cast the spotlight on the now-infamous attorney Michael Avenatti, who is being charged with fraud, embezzlement, extortion, and tax evasion. With the litany of lawsuits he faces, just why was Avenatti elevated to a mainstream media darling?

Mike Papantonio:             Lawyer, Michael Avenatti and his lawyers argued in court that he’s somehow the victim of a political witch hunt, but the charges against him say otherwise. This guy is a bottom feeder of all. Now in fairness to you and me, we’ve been after this guy a long time.

Mike Papantonio:             We’ve been talking about what a fraud he is for a long time. Matter of fact, didn’t he write you one time and say get off my back or something worse than that.

Farron Cousins:                  Yeah. He had a very colorful message that he sent to me on Twitter right before blocking me so I couldn’t respond.

Mike Papantonio:             Quick rundown fraud, embezzlement, perjury, tax evasion, extortion. I mean, I can go on forever, and these are real cases.

Farron Cousins:                  I mean, that is about as cartoon villainy level as, as you can possibly get. But here’s the thing, his lawyer last week goes into court for the second time and says, listen, my client Michael Avenatti, everybody knows who he is because he’s the huge anti-Trump guy and now he’s being targeted with all these cases. And to her credit, the judge here said, you know, you’re, you’re telling me that Bill Barr is behind this and that he’s a lapdog for Trump and whether or not he’s a lapdog for Trump, that doesn’t matter. But this is an independent court.

Farron Cousins:                  And your client has been accused of some very serious things and I don’t understand why you’re even bringing up the Bill Barr’s name.

Mike Papantonio:             It’s coast to coast. And this is a guy that, look is, he runs his firm into bankruptcy. They declare bankruptcy. Of course the media, MSNBC, CNN, he becomes their darling. Okay. They don’t do any due diligence on this guy. All they gotta do is take a quick look at his background and they understand what we have here is a fraud coming on TV talking about the president of the United States who may indeed be a fraud also. But the point being, it’s the way that corporate media works. It’s rather than doing their job and saying, let’s, you know, let’s, let’s really, let’s do some due diligence here. It’s, he’s a great example of that, isn’t he?

Farron Cousins:                  The only reason anybody knows what his name is outside of the legal profession or the people he swindled is because we put him on the air because all we liked was that he was tough and he was saying bad things about Trump.

Mike Papantonio:             So all the networks say, oh man, this is our guy. They don’t do any due diligence. They don’t spend any time talking to Daniels about the fact that he forged her signature, forged her signature on a letter and told the, and, and told the, the folks that were on a, on a book deal to send money to his bank account. I mean, and so all it takes is a little bit of looking, you know.

Farron Cousins:                  Right. Well, and the worst part is too, they hyped him up to the point he was legitimately considering running for president.

Farron Cousins:                  He was absolutely talking about it in the media, you know, putting the feelers out there. Had visited some of the early voting States and it’s all based on the media propping him up because he didn’t like Donald Trump.

Mike Papantonio:             Farron, we had people coming on our site and I know you saw this, he’d come out and he’d talk about, you know, what a drag it is to have Donald Trump as president. A lot of us agree with that. But we’d all, so on our site it would be Avenatti for president.

Mike Papantonio:             Avenatti for president, and it was these Progressive’s who don’t, you know, take a minute, man, take a minute and rather than following the shiny thing, take a minute and take a look at what we’re talking about. Because as you watch this guy’s history unfold right before our eyes, this is pretty scary stuff.

Farron Cousins:                  Well, and you and I have been in this industry long enough to where when we saw him come out, we knew, we knew. You can tell, you can tell who these people are when it’s somebody who’s just desperate to be on that TV and say, book me, book me. I’m powerful. I’m better than this guy. That’s who he was from the start and it was obvious to anybody who’s spent any time in the legal profession. This wasn’t about the law. This wasn’t about accountability. This was Avenatti pumping Avenatti because that’s what he does.