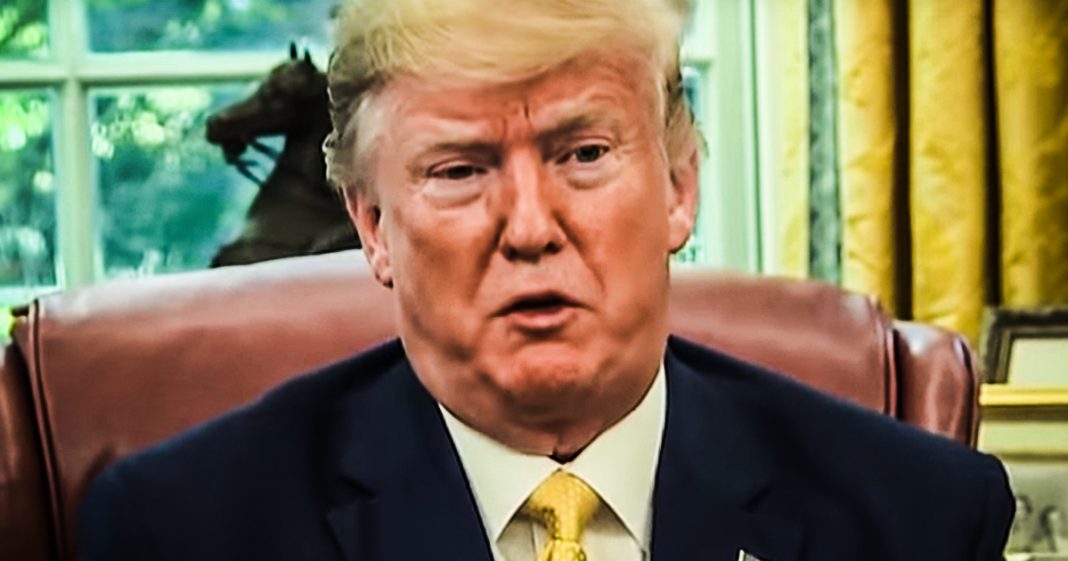 Donald Trump’s lawyers are now trying to argue in court that they actually WON the case that they are appealing (a case where a judge ruled the President can’t hide his tax returns from investigators.) This argument is absolutely wild, and raises the question of why they would bother appealing a case that they claimed to have won. Ring of Fire’s Farron Cousins discusses this.

*This transcript was generated by a third-party transcription software company, so please excuse any typos.
Donald Trump doesn’t know how to pick a good attorney. And typically that’s a not good thing for anybody in this country. But when you’re somebody who’s facing as many investigations and as many potential criminal charges as Trump might be facing, you tend to want to hire the best there is and he’s got the money. So there’s really no reason why he’s not hiring good lawyers. He just isn’t. And here’s what I mean. Obviously you have Rudy Giuliani out there who makes things worse for Trump every time he opens his mouth. But his other lawyers, the ones who are actually handling some of the business cases up in New York, just keep absolutely stepping on their own feet in their legal arguments. Uh, earlier this week we had Donald Trump’s lawyers go into court while they’re appealing a case, uh, because the Democrats in the house trying to get their hands on Donald Trump’s tax returns in his business tax returns. So Trump’s lawyers, after losing the case a week or so ago, walk into the appellate court today and say, listen, we won that case. We actually won the case that we are appealing because the plaintiffs, or excuse me, the defendants, uh, agreed that a lot of our reasoning was sound. Therefore, appellate court, we won. And you have to say that we won. That’s their legal argument. They appealed the case because they lost and in their appeal they’re claiming they actually won because the other side agreed with a couple of points that they made in court. Now, I don’t know how many people have experience in a court or with lawsuits or with any kind of criminal proceedings, but typically there are times when both sides actually do make good points that make sense and are truthful. That doesn’t mean that both sides get to claim a victory. The judge in the case specifically said, Hey, president of the United States, you’re not above the law. They have the authority to subpoena your tax returns. They use that authority. You have to hand them over. And somehow Trump’s legal team went into court and said, yeah, that was obviously we won. We’re appealing it cause we weren’t happy with it. But obviously, clearly we also won. I don’t know if Donald Trump understands the implications here. Right? I almost feel a little bit of sympathy for him at this point because his lawyers are so grossly incompetent. You don’t go into an appellate court and tell them that you actually won the case, that you’re trying to appeal. They’re not going to buy that argument, and if in fact that is your rationale for the appeal itself, it’s going to get thrown out on its face, then you don’t even have the opportunity to actually make your case in front of the appellate judges. That’s what’s at stake here for the president. His lawyers are so awful that they’re already tanking this case before the appellate judges have even decided whether or not they’re going to hear the actual arguments, because if you walk into a court and say, listen, judge, those other judges, they agreed with me. Yeah, I wasn’t happy with their ruling, but they agreed with me and they thought I won, so let’s go ahead and call it a day. Yeah. You’re going to get thrown out of court and your client, in this case, Donald Trump is going to be very screwed.