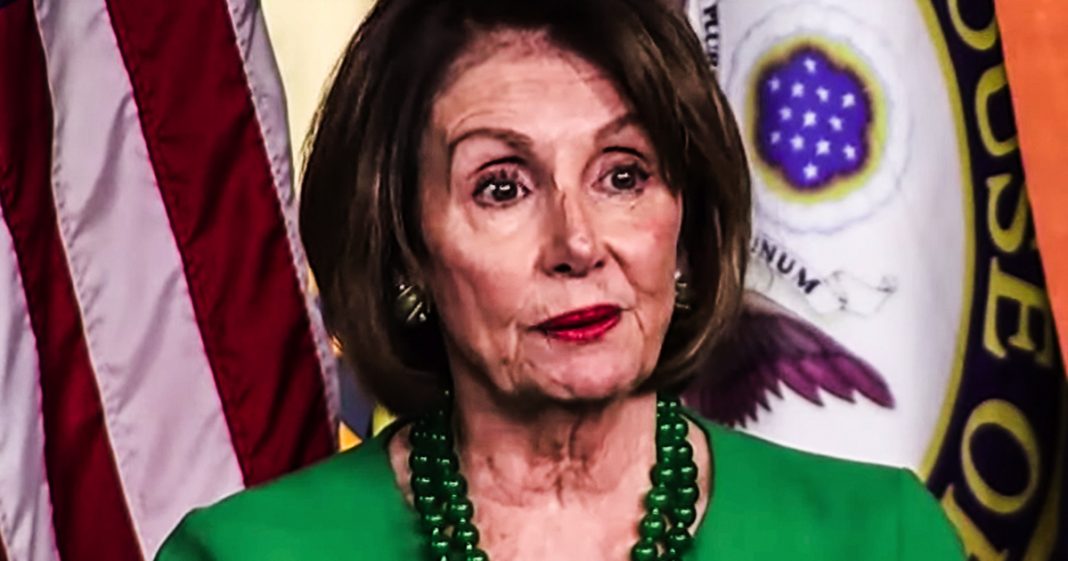 Democrats in the House were weary about moving forward with an impeachment inquiry because they were afraid the public would turn on them. According to the latest round of polling, the exact opposite has happened. Not only do a majority of Americans now support impeachment, but Congress’s approval rating has also shot way up in the past few weeks. Ring of Fire’s Farron Cousins discusses this.

*This transcript was generated by a third-party transcription software company, so please excuse any typos.
For most of the last 15 years, approval for Congress has been hovering in the teens since at least halfway through the Bush administration. The approval rating for Congress has basically been stuck in the teens. Every now and then it bumps up somewhere in the low twenties but today the approval rating for the United States house of representatives has hit us a high that honestly, I have not yet seen in all my years covering politics here at ring of fire. Now that high is only 25% which is still very low and very bad, but again, that’s one of the highest we have seen in recent years and here’s why. That approval rating is going so high up from 18% approval rating just last month. The reason for that seven point jump is because according to the latest polls impeachment. Now what’s interesting about that is that Democrats led by Nancy Pelosi, were very leery about launching this impeachment inquiry. They were scared it was going to backfire. The public at the time wasn’t overwhelmingly supported it, but they finally said, you know what? We got to do it. These crimes are too big, they’re too obvious we have to do this, and suddenly, not only does their approval rating go up, but the majority of Americans now support impeachment and removal of Donald Trump from office. You see Democrats, this is what happens when you have a backbone. This is what happens when you finally take a little bit of initiative. This is what happens when you finally say, I’m going to put politics or consequences aside and do my damn job, and now you’re finding out that the public actually actually likes to see that. They like where this is going. They like to see you fighting back because another thing that hasn’t happened for my 15 years here at ring of fire is we haven’t seen the Democrats fight back very much at all, at all, not on tax cuts. When the Bush administration put those in place, not on tax cuts. When Barack Obama took over, not on the endless Wars, when Barack Obama took over a domestic spying and all the other horrible things that we have seen over the years, Democrats for the most part, not all of them, but most of them just went right along with the Republicans. But finally, finally, now they’re showing a spine. They’re showing a willingness to fight back and the public is rewarding them by saying they approve. This is what the Democrats had been missing. We could have seen much higher congressional approval ratings. Had Democrats been doing this since they took over in 2008 you know, a lot of people seem to forget that we had two straight years. The first two years of the Obama administration where we had the presidency, the house of representatives and the Senate, two years of absolute democratic power, and we got the affordable care act out of it. That’s about it. That’s about it. Meanwhile, look at the previous two years were Republicans had all the power in DC. We saw the crap, they pulled everything. They tried to do all the investigations. They swept under the rug, the big tax cut package that’s now crippling our economy. They got things done, horrible things, but they got them done. Democrats need to take note. They need to see what’s happening with their party right now, and I know the house has passed 250 bills that are sitting on McConnell’s desk that he’ll never touch, but the public also knows that. They see the Democrats are actually doing stuff. They’re doing good things right now. Keep it up. And you just might increase your numbers in the house in 2020 and who knows? Maybe you could take back the Senate too. If people see that you’re truly starting to fight back and stand up for the public.