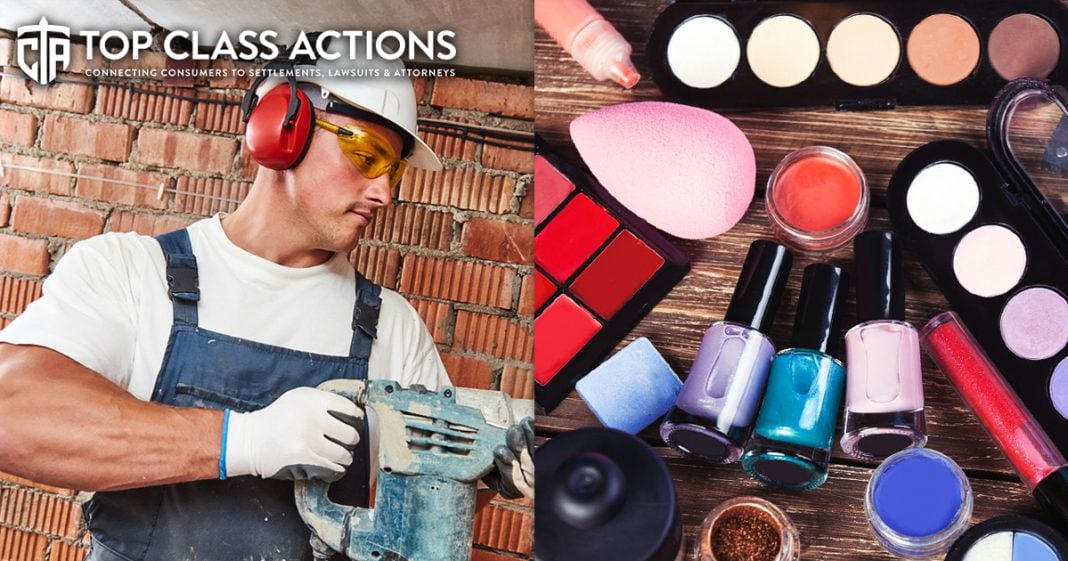 In recent years, manufacturers of various body powders containing talc have been named as defendants in litigation alleging that the talc caused the plaintiffs’ cancers. An issue that has been raised by plaintiffs is that asbestos and talc are geologically similar, and are the result of the same geological conditions. Therefore, according to the American Cancer Society, it is not unusual to find talc deposits in proximity to asbestos. Asbestos lung cancer and other asbestos diseases have long been considered occupational hazards for talc miners. What many consumers do not realize is that many types of cosmetics – including blush, eyeliner, mascara and lipstick – contain talc. Ring of Fire’s Farron Cousins discusses this with Scott Hardy, President of Top Class Actions.

Farron Cousins:                  Most people think that asbestos is a problem that we solved as a country back in the sixties and seventies but the truth is the United States is still importing asbestos as of this very day, and in fact, the current administration has actually loosened the rules on the use of asbestos here in the United States and as a result of our continued use of this deadly product, we still are seeing people develop lung cancers from exposure to asbestos. Joining me now to talk about this is Scott Hardy with Top Class Actions, and Scott, this is a big deal because this is one, I think, again, people thought this was done. Right? You know, we see the asbestos commercials on TV, if you or a loved one meso, we thought, okay, well yeah, that’s probably just the older generation still just now developing it. But no, this is something that’s happening still today. New diagnoses in people, you know, post seventies, right?

Scott Hardy:                          Right. Yeah, it’s, it’s surprising because just like you said, most people think that, oh, well you had, you had the shipyards that, that was a very common source for people getting exposed to asbestos and suffering from mesothelioma. And now that those have been shut down and all of the brake pad plant’s have been shut down, how is it still around? Well, as you said, we’re still importing massive amounts of asbestos and we’re seeing that asbestos in, in everything still from old houses that are being torn down to talc. Talc has been linked to mesothelioma. You know, just the actual talcum powder that you put to, to stay dry and smell good. You still have the, asbestos has also been linked in cosmetics. And so, you know, we’re, we’re finding this nefarious ingredient which is causing lung cancer in people along with meso, mesothelioma, in products that you would think are, are, are harmless.

Farron Cousins:                  And, you know, you brought up a good point there, the, the cosmetics. You know, we, we typically understand that, yes, we, we’ve got a lot of high-rises here in this country. A lot of buildings that were made with asbestos, they haven’t necessarily removed it all yet. We saw the big incident, obviously after 9/11 the twin towers came down, a ton of asbestos was released, but the makeup, that’s not necessarily something where you would think you would find asbestos. What more can you tell us about that? Because that, yeah, that’s a pretty big deal. May, it goes on your face, you’re breathing it in. This is something that could have very serious consequences.

Scott Hardy:                          Right. Well, we had recently a large recall or an advisory by the federal drug administration, the FDA regarding Beauty Plus Global and Claire’s Stores makeup. And of course Claire’s Stores, that’s where you take your, your girls, if you have them to shop for makeup, get pretty earrings. It’s a very, very popular store. So it was shocking when we found out that Claire’s Stores was selling makeup that had asbestos in it. So if you have any makeup by, from Claire’s, I would highly advise you contact the store, see if you get a refund and throw it out because you know it’s, it’s dangerous. We don’t need to be exposing our children to asbestos. And if you have any kind of symptoms of lung cancer, coughing, wheezing, that kind of thing, go and see a doctor.

A big problem that we see with lung cancer is that people get diagnosed late because they sit there, they say, oh, it might be a little walking pneumonia. Oh, it might be a chest congestion. It’s not a big deal, but you have to stay on top of it. And if you do have lung cancer, then you want to take a look at what may have caused it. Even if you smoked, if you were exposed to asbestos, you may still qualify to file an asbestos related lung cancer case. Most of the people who are filing asbestos lung cancer cases smoked. So don’t think that precludes you from being able to successfully file a case.

Farron Cousins:                  Well, and that’s really interesting too because you have the companies out there that are actually trying to use that as the argument, you know, trying to pin it on, pin it on the other industry. Say no, no, no, no, no, your lung cancer, it’s not from all of the asbestos you breathed in, it’s because of the cigarettes. You know, that’s tobacco litigation. You need to go sue them, don’t sue us. When in reality, it’s actually fairly, I don’t want to say fairly easy, but it’s not that complicated for doctors depending on what kind of lung cancer it is and what they find in the tumors, they can pretty much tell the difference between a mesothelioma and a typical tobacco lung cancer case.

Scott Hardy:                          Exactly, because, you know, there are a number of different lung cancers and some of those qualify. You don’t have to be diagnosed with mesothelioma to qualify to file an asbestos case. And that’s very important to keep in mind. Mesothelioma is very rare, but you know, just because you were exposed to asbestos, you may still get lung cancer because of it. And so that’s how you want to be able to take a look and see if there is a tie between your lung cancer and any asbestos exposure that you may have had. So you never preclude that and, you know, just because you didn’t get mesothelioma, don’t say, I’m not going to go ahead and file a case. No, look into it. This is money for your family that you want to leave them with. So exhaust all your options before you say, no, I can’t file a case.