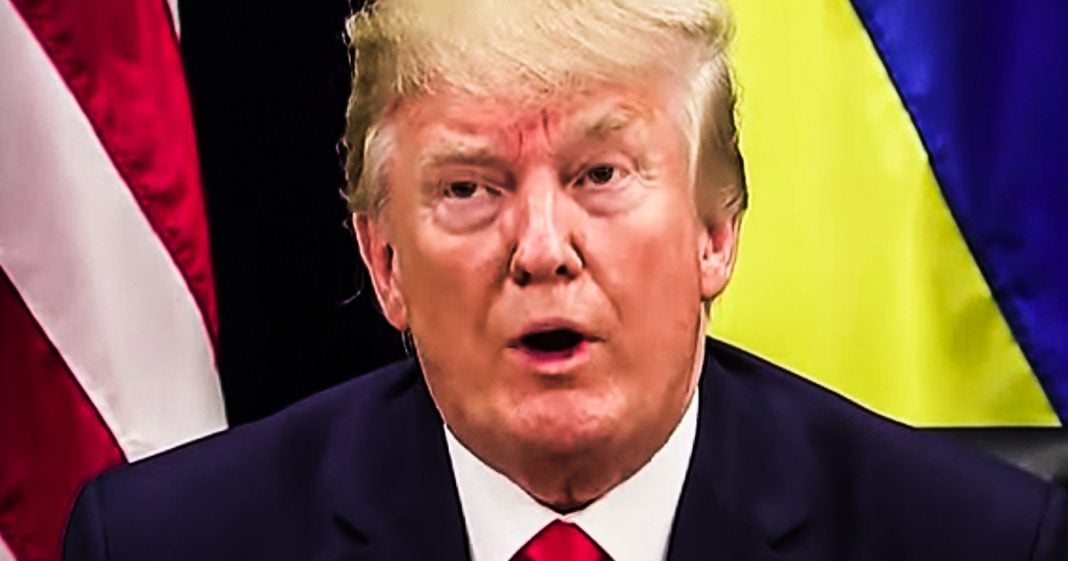 Donald Trump’s overall approval rating is slipping even further as the Ukraine scandal continues to unfold, but what he should really be concerned about is his state approval ratings. He’s now lost roughly 5% of his support from North Carolina, a state that is crucial to Republican victory in 2020. As his ratings in states continues to fall, it will start to effect Republicans running for office, and that could be the issue that finally gets Republicans to turn on Trump. Ring of Fire’s Farron Cousins discusses this.

*This transcript was generated by a third-party transcription software company, so please excuse any typos.
Donald Trump has been saying for quite some time now that this whole Ukraine scandal is made up by the Democrats. They’re trying to undo the 2016 election. He had a perfect phone call and he didn’t do anything wrong and this all big waste of time. Luckily, the American public isn’t buying his lies. The most recent sets of polls that have come out have had some really bad news for the president of the United States. Not only do we have a majority now supporting impeachment and removal from office, but state polls for the president of the United States are starting to look even worse for Donald Trump. Latest poll out of the state of North Carolina shows the Donald Trump has suffered a almost 5% drop in support in the state since the Ukraine scandal broke almost 5% in a state that he only won by 173,000 votes. A state that only once in the last 40 years has voted for a Democrat and now his approval rating in that state is a little under 40% this trend is happening in States across the country. We are seeing this happen in more and more places that have essentially been Republican strongholds. And that’s why this is important, not because it means, Hey, we could flip the state blue in the next presidential election. Nope, that’s important. But that’s not as important as the following. The only way to get Donald Trump out of office is if we can convince Republicans that he’s hurting them. If his approval rating continues to fall in individual States where we can quantify it at that local level, Republicans will be eventually willing to turn on the president. And that’s what’s important here. That’s what this is about. In North Carolina, both their senators are Republicans, all but three of their representatives are Republicans. They voted for a democratic governor in 2016. That’s a big deal. If, if Donald Trump’s corruption, as this Ukraine story unfolds and we find out more and more information about his, uh, potentially criminal activities, his approval rating in these States is going to fall and eventually it’s going to bleed over to the Republicans who are protecting him. That’s inevitable if more damaging information comes out. Now if this impeachment probe goes nowhere, obviously president might still be unpopular, but the Republicans in the state aren’t going to pay the price for it. But if they continue to fail- uh to defend this man, as more information comes out about his misdeeds, they will pay a price and eventually it’s going to become a price that they’re not willing to pay. Now, as we have said before, Republicans are willing to take a few point drops, so if it’s two, 3% of support, they lose for back in the president, they’re fine with that. Anything more than that? When you start hitting the five, six, 7% margin of a drop in support, things get a little bit iffy. I’m not saying that’s going to happen, but it could happen, but if it doesn’t happen, then there is a 0% chance that any Republicans are going to vote to remove Trump from office.