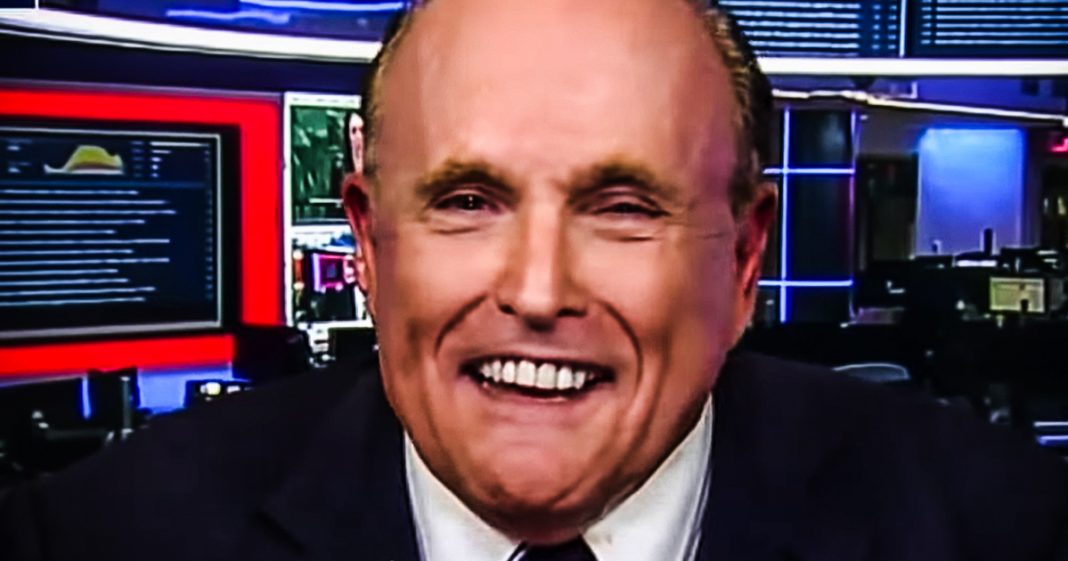 Rudy Giuliani is absolutely the worst attorney in America, and his declaration this week is further proof of that. Giuliani has now said that he will NOT be complying with any of the subpoenas from House Democrats, a move that is going to force Democrats to use their powers to haul Rudy into Congress in handcuffs. That’s not a good look for your attorney, and Trump isn’t going to come out of this on top. Ring of Fire’s Farron Cousins discusses this.

*This transcript was generated by a third-party transcription software company, so please excuse any typos.
Rudy Giuliani, as I have repeatedly said, is clearly the worst attorney in the United States of America. And to give us a little further proof on that, he decided pretty much announced actually earlier this week that he was going to keep doing crimes because I guess that’s what Donald Trump wants him to do. And the crime he’s got to commit now is obstruction of justice. Rudy Giuliani has announced that he will not be complying with the subpoenas that the house committees have sent to him for his testimony and for his documents. He says he’s just not going to do it. Now these subpoenas by these three different house committees were sent on September 30th and at the time Giuliani said he didn’t know, wasn’t sure if he was gonna show up or not. You know, he’d kind of play it by ear. But yesterday he announced that, Nope, I will not be complying with these subpoenas. So I guess that’s that, right. Because obviously the Democrats aren’t going to go send the Sergeant at arms to arrest Rudy Giuliani and force him to comply. So is that just game over? I mean, that’s what really infuriates me about this. And I know the Democrats in the last 24 hours with this particular issue have been talking about maybe, maybe we do have to get tough. Maybe we do have to send the Sergeant in arms. Maybe we gotta put Giuliani in handcuffs. Who knows? No, we know. We know. The people know, you know Democrats, you have this authority. You have this amazing power that really has not been exercised for decades now according to a report from the associated press, they actually no longer run the little jail cell that I’ve mentioned underneath Congress that’s actually not there anymore. But they do still have a Sergeant at arms. They do still have the authority to go and arrest these people and they can put them in a holding cell. It’s just that it’s no longer located there in or beneath Congress. They’d have to go to an actual jail, which to me, you know what? That’s even better. But Democrats, you have the authority here. You have the power here. Why are you sitting around twiddling your thumbs acting like, Oh, I don’t know what to do about Giuliani. He said, he’s just not gonna show up. Ugh, there’s a whole wasted day now. No, no. This man is hiding something. This man’s hiding a lot of somethings. His buddies got arrested last week. He has tweeted out evidence corroborating the whistle blowers complaint. He knows all, he’s seen it all and he’s very dumb. It shouldn’t be difficult to get the materials that you need from him to not only bring down him, but also to help impeach the president. Get to it. You have the tools, time to use them.