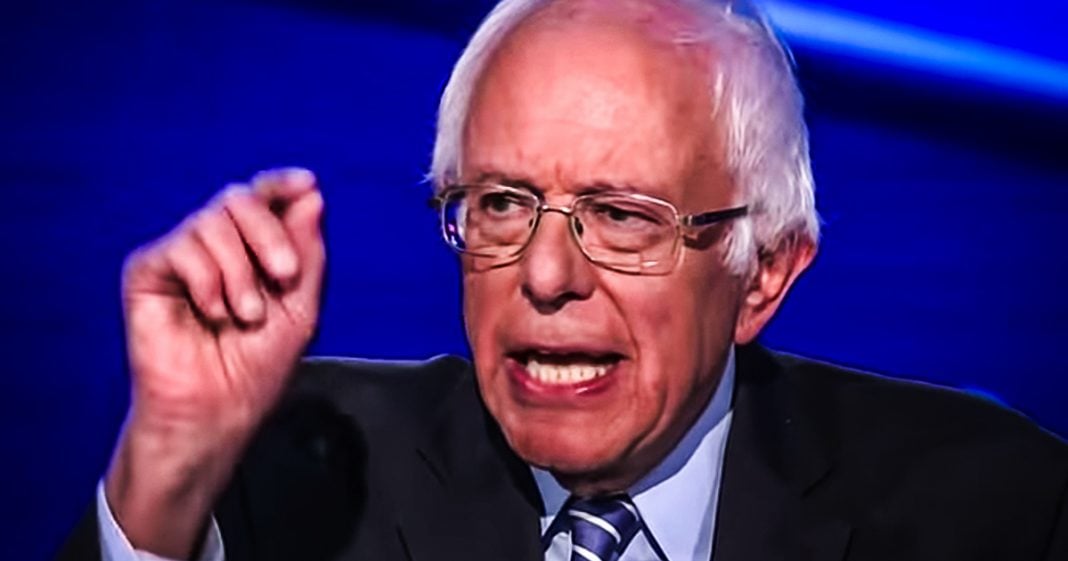 Another new poll is out showing that a majority of the public strongly supports Medicare for All, even if it means giving up their current insurance plans. This blows a hole in the centrist Democrat talking points about M4A being too extreme and hurting people, and it shows that if Democrats are serious about winning in 2020, they HAVE to run on Medicare For All. Ring of Fire’s Farron Cousins discusses this.

*This transcript was generated by a third-party transcription software company, so please excuse any typos.
According to a new CBS news poll, 56% of people here in the United States believe that providing healthcare is something the federal government should do for the people of the United States. 56% say, hell yeah, there needs to be a government run healthcare program. And what’s shocking is that nearly half of these people who say the government should be running a healthcare program, nearly half of them also say, even if it means getting rid of private insurance. Now, this same CBS news poll says that roughly 75% of the people they talked to said they actually do like their insurance. 75% like their insurance, which obviously means 75% of people have never had to stay for a few days in a hospital or go in for an emergency surgery because that number seems a little bit high. But nonetheless, you can like it but the portent thing is 56% say government gotta get in the business of providing healthcare. Even if it means we lose what we’ve got because we’re going to gain something better. The point of this poll. The reason this is significant is because this is the latest in a long line of polls showing that people want government run healthcare is because last night at the democratic debate, you had Democrats up on that stage, alleged Democrats. You had Klobuchar, you had Buttigieg, you had some other folks, Biden and Harris saying, no, people need to have choice. We can’t just have a government run program. Maybe make it part of Medicare for all who want it. As we have repeatedly said, Medicare for all who want it is basically being set up to fail. Just like the affordable care act, Medicare for all who want it can be dismantled because if you only have certain percentage of the population that’s below 100 who say, yes, I want this plan later on, the government can come in when Republicans control everything again and eventually they will. Eventually Democrats will, but they can come in and say, we’re just going to get rid of it. They have that authority. Yeah. People might get pissed off, but they’ll also forget about it. Cause as a whole, as a public, we’re kind of stupid. That’s just the way we are. But if you enact it and you say, this is the only game in town, this is what everybody gets rich and poor alike. This is your healthcare. You don’t have to do anything. You just go to a doctor, you fill out your name, you get diagnosed, and you leave. They do that. You can’t take that away. I mean legislatively speaking, you could, but you couldn’t do it without massive public backlash. And that’s why on this particular issue, again, and this is based on the polling, you go big, you go all the way. Because if you half ass it, like they half-assed the affordable care act, it’s going to get destroyed. It’s going to get dismantled and it’s going to end up being something that people aren’t even sure if they like it or if they don’t, or even if it does anything for them. You got to go big. This is what the public wants. Medicare for all, anything less is a losing issue for the Democrats.