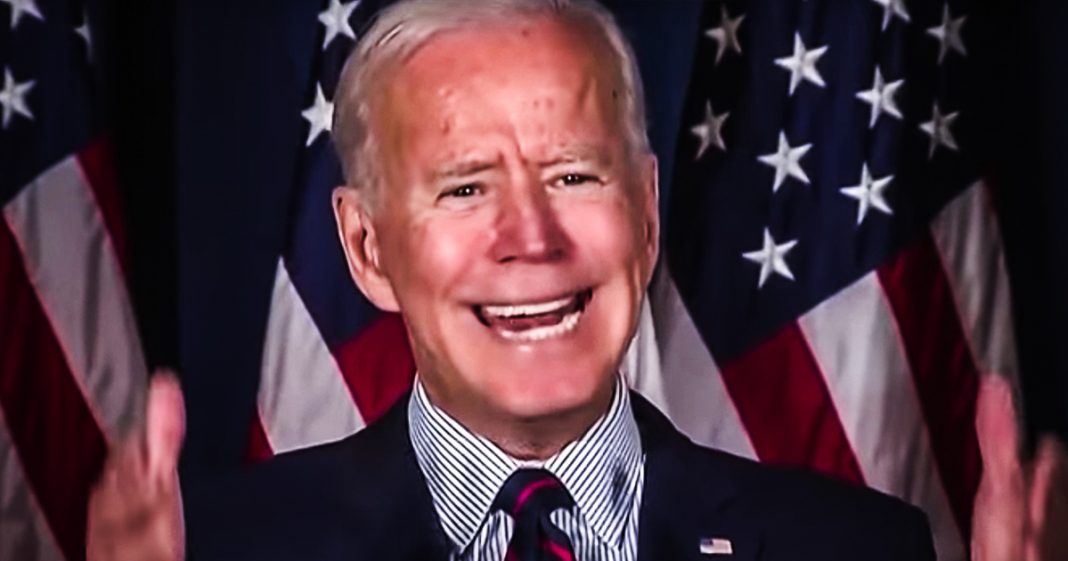 Corporate donors and centrist Democrats are not happy that Joe Biden’s presidential campaign is seemingly going down in flames. Even though he holds a strong second place at the moment, his momentum has continued to shift downward over the past few months with no signs of reversing course. They don’t know what to do, and Ring of Fire’s Farron Cousins explains what kinds of attacks we may start to see from the corporate side of the Democratic Party now that their guy is tanking so badly.

*This transcript was generated by a third-party transcription software company, so please excuse any typos.
I think it’s appropriate at this point to say that, uh, the moneyed interests in the democratic party starting to kind of freak out a little bit because their guy Joe Biden just isn’t doing too well. In addition to the fact that his momentum has been going backwards ever since the very first democratic debate, we now have him being attacked by the president and the right wing relentlessly over his son’s business in Ukraine. And even though Biden and Hunter Biden have not been accused of anything illegal, it’s still suspect it’s still shady and it’s still hurting him. And that is why in the last couple of weeks we have seen Elizabeth Warren now emerge as the front runner in the democratic race for the first time since he announced he was running. Joe Biden is not the front runner and that scares the moneyed interest, the corporate elite, the centrists who are running the democratic party because if they don’t have Biden, they got nothing left. And that’s what’s freaking them out. We have seen reports recently, wall street insiders, tech insiders, big business owners, openly fretting and attacking both Bernie Sanders and Elizabeth Warren. Because now those two are looking more and more likely that they’re going to emerge as the last two standing in the democratic primary. And I can’t think of a better two to have left. but what about all the centrist? What about all the Corpus? What about all of that money? They tried to pump into Joe Biden. Well It turns out that’s nothing compared to the grass roots small donor money that Bernie Sanders is raising 25 million compared to Biden’s big money, 15 million. He’s tanking folks and he knows it. His campaign came out earlier this week and said, look, we’re pretty much guaranteed we’re going to lose the first three primaries and caucuses like they’re actually planning on losing now. And that’s why the moneyed interests are freaking out because if Biden goes down, they’ve got nobody left who they gonna put their money behind. Camilla Harris, she’s back to polling in the single digits and falling. Cory Booker, he never broke 2% Beto O’Rourke. He’s kind of crazy. Pete, Buddhajudge. Now there’s an idea. He has taken more money from billionaires than any other person running on the democratic side. He is openly attacking the idea of small money donors. He’s attacking Elizabeth Warren, he’s attacking Beto and he’s kind of showing that he’s pretty damn arrogant and ignorant about what the party needs. And that just is the perfect recipe for corporate as Democrats. So as Biden continues to fall, you can expect the corporate media, the corporate of the democratic party, they’re going to start propping up Buddha judge, but it’s not gonna work at this point. It might actually be too little too late. Thank God. Because we need real structural change and reform within the democratic party and within the government itself. You don’t get that with Biden. You don’t get it with Buddha judge or Harris or Booker or O’Rourke or Gillibrand or Klubachar or any of the other ones. You get it with Bernie Sanders. You get it to a smaller degree with Elizabeth Warren. But you do get some of it with her. Everybody else. Nope. And that’s what scares the moneyed interests, not just that things are going to change, but that things are going to change forever. It will never go back to being the same. And that is another reason why this primary is so important, because it’s not just about just changing it right now. It’s about changing it forever. And honestly, there is one candidate that wants to enact the biggest changes to the party and to the system itself. And that’s the person who will be getting my vote in these primaries.