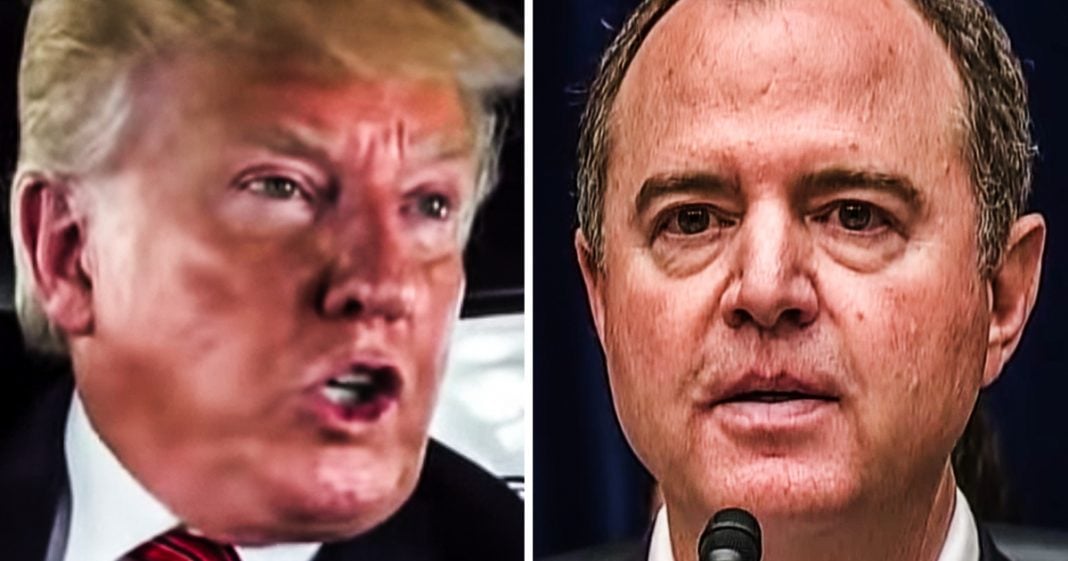 On Friday, The White House once again sent their Ukraine talking points to Democrats instead of Republicans, marking the second time that the impeachment response team has screwed up the only job that they have. The new talking points outline the administration’s plan to go after Democrats, and they are painfully incompetent. Ring of Fire’s Farron Cousins discusses this.

*This transcript was generated by a third-party transcription software company, so please excuse any typos.
On Friday, the white house impeachment response team. That’s not their official title, but I think it’s a clever one. Uh, anyway, the white house impeachment response team sent out a list of talking points once again trying to get everybody on the same page about the a X Ukrainian ambasadur uh, Marie Evanovich, but again, just like last time, white house screwed up and accidentally sent those talking points to the Democrats. So now the Democrats again have the whole list of everything Republicans want to do, what the white house wants to do, how they want to frame everything, how they’re going to try to shift the focus from Ukraine over to Adam Schiff according to these new talking points. That’s actually where they want to go. They want to make this all about Adam Schiff is doing something illegally. Adam Schiff is the bad guy here. Adam Schiff wants all these people to testify behind closed doors cause he knows it’s so bad for him. Really, really a dumb strategy. Their white house almost is dumb as constantly emailing your talking points to the opposition party. Listen folks, we are dealing with a level of incompetence inside this white house that I didn’t even know was possible. It is laughable how incompetent these human beings running this impeachment response taskforce truly are. And here’s what gets me, when this story came out over the weekend, it infuriated me and here’s why. Because Democrats couldn’t beat this moron in 2016 and that’s what made me mad. He has surrounded himself from day one the start, the launch of his primary campaign. He has surrounded himself with some of the dumbest people in American politics, the most incompetent buffoons you could find. And he has still managed to fail upwards and somehow out with the Democrats at every turn. I mean that actually says more about the Democrats than it does about Donald Trump and the people he’s surrounding himself with. This whole thing is chaos. This whole thing is ridiculous and hopefully the incompetence that Trump has surrounded himself with will come crashing down around him and the Democrats are going to straighten up and get this handled the way it should be, which is through the impeachment process. But again, at times Trump does come across as so stupid that he just gets away with things. And I think he’s kind of banking on that right now. I’m not saying that them emailing these talking points was intentional, but it does kind of play into their like, we’re too stupid to do crimes thing. Just like Ben Shapiro pointed out last week, Trump’s not a guy with plans. He just kind of does things. I’m assuming Shapiro had just watched the dark night before he did that video. But anyway, Democrats, this is a slam dunk. Okay? Again, you’re dealing with people from the white house who don’t know what they’re doing. They don’t even know how to properly send an email. So don’t screw this up. Everything has been handed to you on a silver platter. All you gotta do is just keep going. Don’t screw up. Don’t send a wrong email. Don’t do anything that could even be remotely construed as outside of the constitution and you can win this. But you Democrats are not given the same kind of, you know, forgiveness that Republicans get one screw up from you guys, even if it’s not even at the level that we’ve seen from the white house and it’s game over.