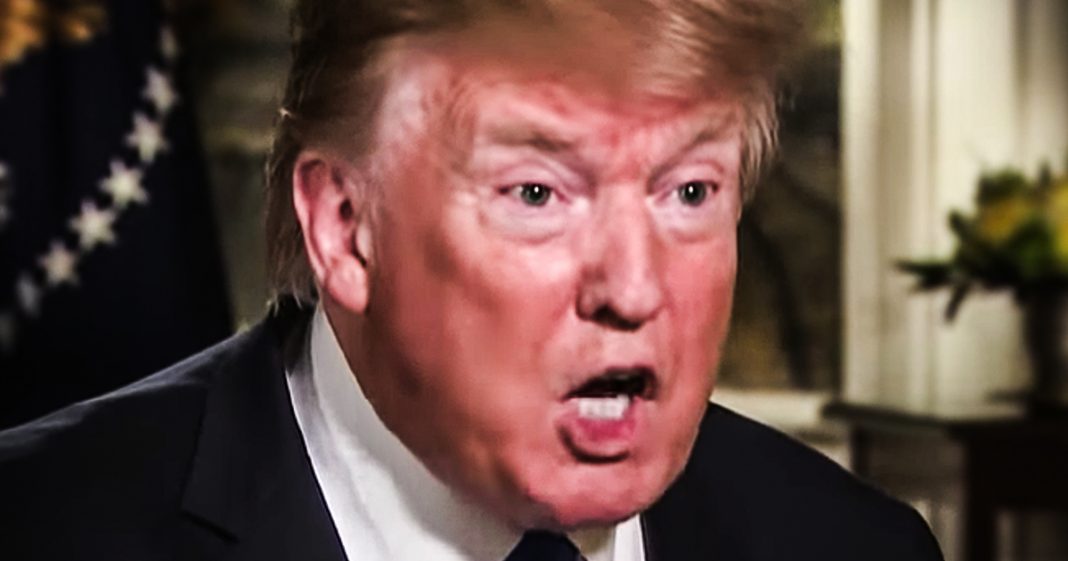 According to a new report, Donald Trump personally called Fox News Chief Executive Suzanne Scott not long ago to complain about the network’s coverage of him. Trump truly believes that Fox News is supposed to be working for him, and any hint of dissention at the network is taken as a sign of great disrespect and will not be tolerated by Donald. Ring of Fire’s Farron Cousins discusses Trump’s fragile ego and how it endangers all of us.

*This transcript was generated by a third-party transcription software company, so please excuse any typos.
Donald Trump has been whining about Fox news for several months now, but we can at least be a little bit glad to know that he’s not just doing it on Twitter. He’s not just doing it behind the scenes. Donald Trump is actually whining about Fox news as coverage of him to the chief executive of Fox News itself. According to a report that came out yesterday in the New York times in late summer, Donald Trump made a phone call to Fox News, chief executive, Suzanne Scott, where three different aides said that Trump complained to Scott about the coverage the network was giving him. He wasn’t happy about it. He didn’t like the polls showing that he was losing to every single Democrat. He didn’t like the fact that you had people like Shipp Smith who’s no longer there, uh, calling him out when he lied. He didn’t like any of that and he wanted the chief executive of Fox news to know it. And that is why he made that phone call. Now, here’s the great irony of all of this. There has been no bigger Trump cheerleader in the United States than Fox news. That is what they do all day long with the exception of, of course up until last Friday, ship Smith’s one hour program, which also by the way me as media matters and pointed out, they still lied every single day on that program too, so let’s not act like he was some kind of saint, things we’re still a little iffy, but he was the best they had, but even that wasn’t enough for Donald Trump and that’s why he made this phone call to complain. According to Trump, Fox news should be 100% in his pocket. They should be at his back at all times getting his back, covering him from any horrible thing that the rest of the media has to say about him. If they come up with a bad poll, they need to just bury it and they’ve actually done that in recent weeks as well when they get news. That is not flattering for the president and maybe it’s because of this phone call. Maybe it’s because of this phone call that Shep Smith decided his time at the network was up. Maybe it had to do with Bill Barr’s a little meeting with Rupert Murdoch last week. Maybe we’ll find that out, but the truth is Fox news has been Donald Trump’s most reliable ally and that is why it hurts him so much whenever even if it’s for a split second, the network says something that’s not completely flattering for him. He can’t handle it because he is fragile because he is weak and because he is pathetic. That’s why he lashes out. That’s why he does the things he does about the network. Whenever it’s not completely flattering, he can’t handle any kind of criticism because he is a weak and pathetic human being. Now I know conservatives love to think that Donald Trump has some kind of, you know, mega macho alpha male, but really he is a scared little child. He is terrified and he can’t handle even the most minute bit of criticism without flying off the rails and acting like a two year old who you just told there were no cookies. That is what is sitting in the white house today, and that is a danger to this country.