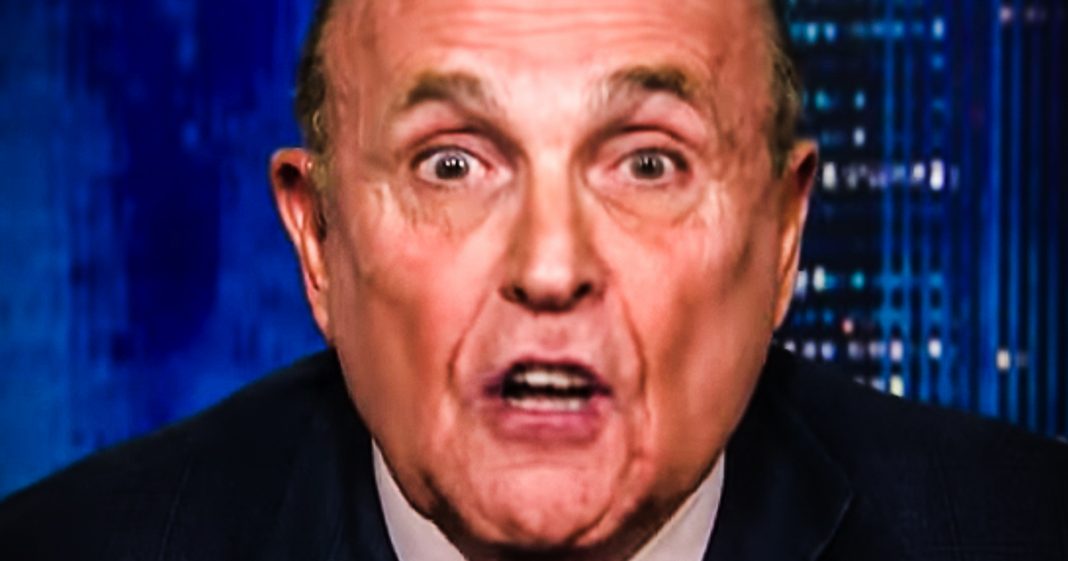 Donald Trump’s advisers have never been huge fans of Rudy Giuliani, and they believe that he is making matters so much worse for the President. And this all happened BEFORE it was announced that Giuliani’s Ukraine dealings were now the subject of a criminal investigation. Trump won’t dump Rudy, and the two are likely to go down together, as Ring of Fire’s Farron Cousins explains.

*This transcript was generated by a third-party transcription software company, so please excuse any typos.
It’s no secret that Donald Trump’s attorney, Rudy Giuliani, has essentially been a giant liability for the president since the day he decided to hire him. But with all of the drama that unfolded last week, it’s become pretty obvious that Rudy Giuliani really can’t do an effective job representing the president of the United States, or at least that’s what Donald Trump’s advisors seem to think and to be honest, I agree with them 100% Rudy Giuliani, according to reports, is now involved. He is a subject in the criminal investigation into his dealings with the Ukrainian businessmen, so it’s kind of difficult as an attorney to represent someone and argue that they didn’t do a thing when you yourself are now being accused of doing the thing. Giuliani is going to end up self incriminating and ending up in even more trouble than he currently is. But again, the president’s advisors see this and they’ve actually seen it for a very long time. Even before last week happened, Donald Trump’s advisers had been telling him for months to dump Rudy Giuliani, get rid of him. He’s a liability. Every time he goes on TV, they said, he says stupid things that make you look bad. One of the, uh, advisers who spoke with Politico said, Giuliani just needs to stop talking. And they’re right because yes, every time Giuliani opens his mouth, he makes things so much worse for the president. As I have said on this program, Trump actually has a very strong case for legal malpractice. He could 100% Sue Rudy Giuliani right now for legal malpractice. And I think that is a case that he would very easily win. And remember, all of this happened, all these people saying dump Rudy dump Rudy. This happened before Friday’s announcement that Giuliani was now a subject in the criminal probe. Now, after that was announced, Donald Trump came out publicly and said, I don’t know if he’s still my lawyer. I haven’t talked to him. I talked to him yesterday, but that’s actually what the pres, I haven’t talked to him. I talked to him yesterday. Did you tell him he wasn’t your lawyer yesterday or not? I think you would know that the truth is he is still your lawyer. And then a day or so later, Trump comes out and says, I stand by Rudy Giuliani says, actually, I stand behind him. Uh, which as I pointed out on Twitter, is the best place to be. When you want to throw somebody under the bus, of course you’re going to stand behind him. And that’s what’s gonna end up happening here. The only question is who’s going to toss? Who? Is it going to be Rudy Giuliani throwing Donald Trump under the bus to save his own ass? Or is it going to be Trump throwing Giuliani under that bus? That’s the part that remains to be seen, but as long as these two decide to stick together, there is no doubt in my mind that both of them are going to be going down for this scandal.