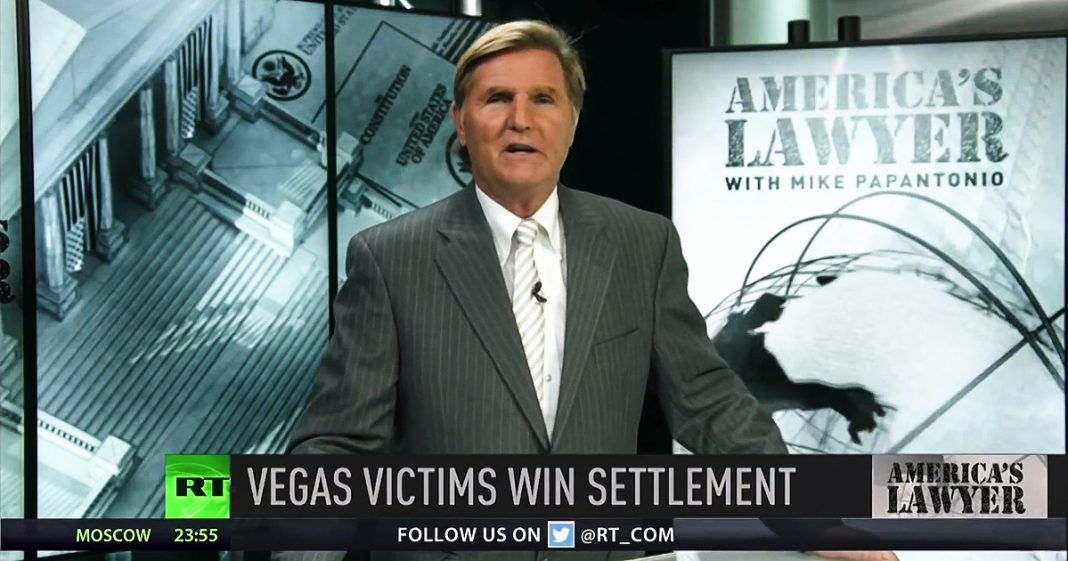 Finally tonight, some good news. Last week, lawyers representing the victims of Las Vegas shooting reached a settlement agreement with MGM Grand for close to $800 million. Robert Eglet, who by the way I’m going to be going to trial with in Nevada against the opioid distributor, well, he was the lead attorney representing the victims of the shooting and he says that this huge settlement should be enough to cover every lawsuit that MGM was facing, which was more than 1000. The lawsuits against MGM for Las Vegas shooting were, were the first of their kind.

The hotel was accused of negligence for allowing the shooter Stephen Paddock to remain holed up in his room for days. They allowed him to use the special service elevators to bring his weapons and his ammunition into the hotel room and they actually delayed barging into his room to stop the shooting. Never before has a venue like this been held accountable for a shooting and this could certainly open the doors that victims never knew were even available.

That’s all for tonight. Find us at Facebook on facebook.com/rtamericaslawyer. Also follow us on Twitter @americaslawyer. You can watch all RT America programs on Direct TV, Channel 321 and stream them live at youtube.com/rtamerica. I’m Mike Papantonio and this is America’s Lawyer, where every week we’re going to tell you the stories that corporate media is ordered not to tell because their advertisers don’t let them. Have a great night.