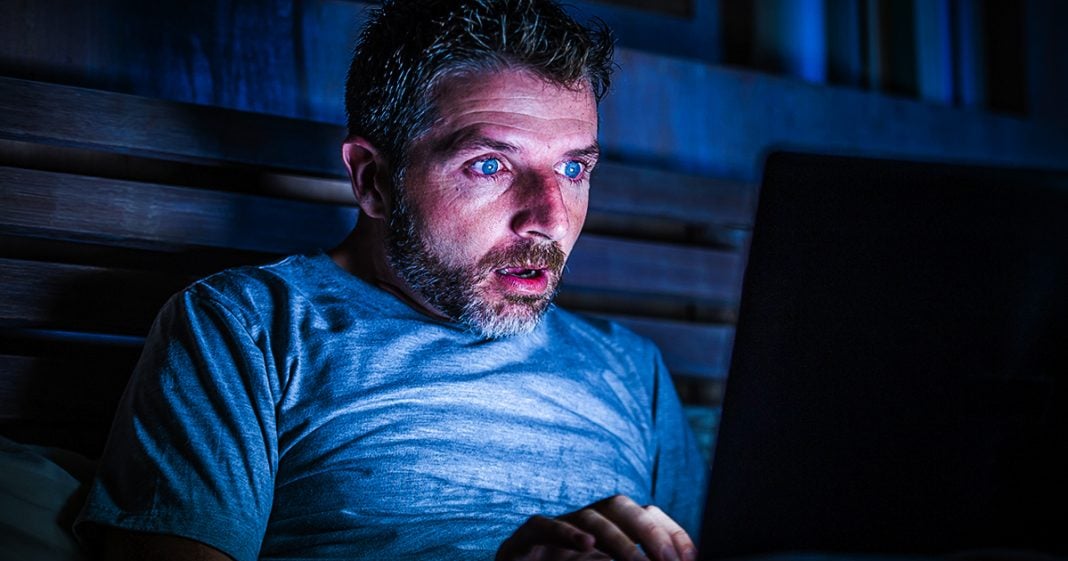 Conservatives love to whine about social media sites like Facebook allegedly being unfair to them, but the truth is that these social media giants are helping to amplify Trump’s lies more than any other outlet. Facebook has refused to pull down blatantly false ads paid for by Trump’s campaign, showing that they are more than willing to poison the well of public discourse in exchange for cash. Ring of Fire’s Farron Cousins discusses this.

*This transcript was generated by a third-party transcription software company, so please excuse any typos.
Conservatives love to whine about the fact that social media outlets really seem to be censoring conservative voices, shadow banning them and doing all kinds of things. Did you shut down the Republican party here in the United States? Unfortunately for Republicans, nothing could be further from the truth, and in fact, they’re actually being helped by social media outlets who are too spineless and cowardly, and of course in the pocket of the Republican party to actually do anything to stop them. Recently, towards the end of September, the Trump for president 2020 campaign ran an ad alleging the Joe Biden withheld aid from Ukraine and was getting $1 billion, some kind of weird, the whole thing’s a lie. Basically, they created an ad filled with lies. They tried to get it on some networks. CNN said, no, absolutely not. Everything you’ve said here is untrue and it’s verifiably untrue. But then they went to Facebook with this ad in Facebook, said, okay, we’ll run the ad, whatever. We don’t care. Joe Biden’s campaign said, Hey, you’re running this ad that now has millions upon millions of views and it’s filled with lies and false hoods. You gotta pull this. This is not okay. This is borderline slander and Facebook says, no, we’re just getting, we’re going to let it run. They paid us. Hey, we’re running the ad. In fact, here’s the official response from Facebook, a woman by the name of Katie Horvath who is Facebook’s head of global elections policy, also a former Republican operative, by the way, here is what ms Horvath had to say. Our approach is grounded in Facebook’s fundamental belief in free expression, respect for the democratic process and belief that in mature democracies with a free press, political speeches already, arguably the most scrutinized speech there is not by you, not by your organization. and guess what moron. When you amplify it, when you put it out there for more people to see it, it becomes harder to counter. But you know that because you worked for the Republican party, you are one of their operatives and this is exactly how you got this position and why you wanted it. Folks, there is no anti-conservative bias at places like Facebook. They are the Republican party. That’s where their people are coming from. That’s why they’re doing this. And again, as I have repeatedly had to say, I’m not even a fan of Joe Biden. I want him out of the race, but what they’re doing to him here is sickening. And they’re doing the same thing to Elizabeth Warren. They’re going to do the same thing to Bernie Sanders and all the while this former Republican operative who’s in charge of it is going to continue to tell us that, Hey, even lies and misinformation are part of a primary process. It’s part of the vital discourse. I mean, this isn’t what they said. Facebook said, the ad, uh, did not violate company policies. They rejected Biden’s request because even false statements and misleading content and ads are an important part of the political conversation. Lies are important for our political conversations. According to Facebook and miss Horvath, who again is a former employee of the Republican party and being a former employee and operative of the Republican party, I am sure that lies and misinformation were an important part of your job because that seems to be the only thing that the Republican party has to offer anyone in this country.