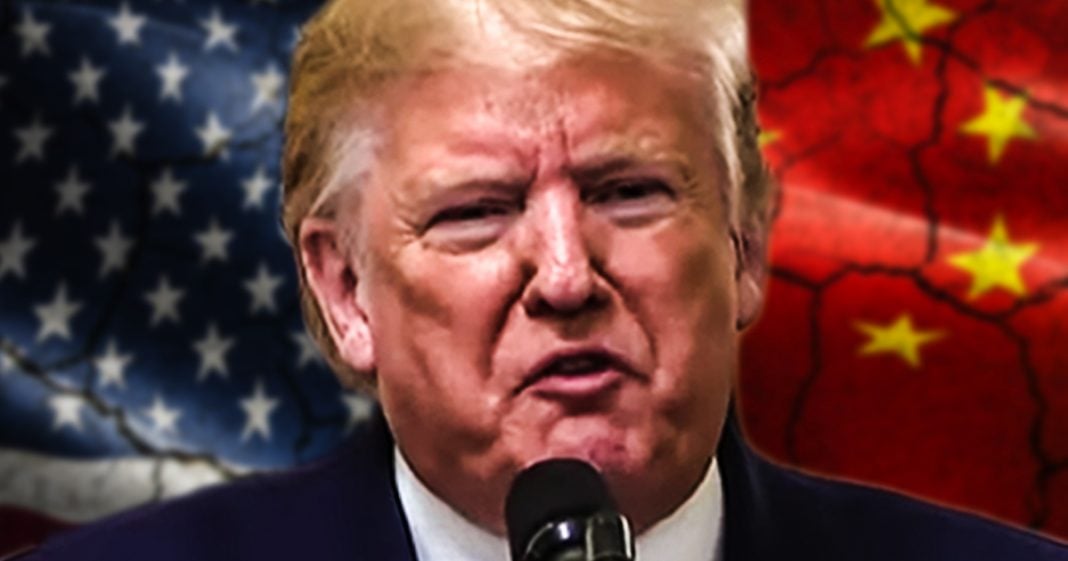 *This transcript was generated by a third-party transcription software company, so please excuse any typos.
Donald Trump’s trade war is being paid for by both American corporations and American consumers. And that’s not just our opinion. That’s not just based on a couple of studies. Nope. That’s actually coming from some of the biggest banks in this country, including Goldman Sachs, who earlier this week, uh, let people know by the way of studying two, in depth down to the dollar reports that they created telling us that, yeah, American consumers and corporations are paying these tariffs, but not just that we’re paying it. Goldman Sachs tells us that we’re paying 100% of it. Now that’s important because I don’t think they were trying to send this message to the average American citizen out there because we know it. We, we’ve seen prices go up. We’ve read the stories in the report showing us that prices have gone up because of the trade war. We pay that. We know we’re not dumb. But you know who thinks you’re dumb, Donald Trump, because he has repeatedly gone out there. It said, China’s paying these. You’re not paying these folks. What are you talking about? You’re crazy. China pays the tariffs. I put the tariffs on them, they pay it. They don’t though, as we have explained at length too many times to even count. American consumers are the ones who are paying these and here’s why. China, sometimes with the tariffs and they haven’t done this on everything, by the way, they’ll raise their prices to counter the tariff, so then those prices get passed on the U S businesses who buy the goods, the raw goods to make their stuff. They pass that price. Then onto the consumers. Shall we pay the higher price. So China does find they’re still making just as much money as they were according to the reports. They’re not hurting. His Trump swears they are, but we are American citizens, American businesses, they’re closing their doors. Manufacturing jobs are being lost and an alarming rate here, folks. Have you been paying attention to that? Have you read the jobs reports like I’ve been begging you to do? Please start doing that. Yes, it’s boring and tedious, but we’ve really need to understand that Trump is lying about the economy. Every time he talks about it, things are not great and Goldman Sachs is right here telling us they’re going to get worse. Oh. And Goldman Sachs also said a couple other things. One of the things they said was that it’s really odd. They’re not quite sure about it. Uh, but American businesses who aren’t even impacted by the trade war man, they’re homegrown American made goods here. They also raised their prices to keep up with the rising prices of the imported goods. So even the people who didn’t have to raise their prices, so everybody else had to, and instead of saying, wow, we’re going to have the least expensive product, so demand for our product should increase, right? They said, no, let’s keep level with them. So we don’t look like we’re selling an inferior product. Sure, we’re ripping off consumers, but it puts more money in our pockets because that’s what corporations do. They don’t care how much of the cost they pass on to you. They don’t care if they pass the cost onto you that they never even incurred, they’re going to do it because corporations are crap. And that’s kind of what Goldman Sachs accidentally told us with this report, we’re paying the tariffs, we are the casualties of the trade war, and his Goldman Sachs concludes at the end of the report, buckle up folks, because it’s going to get a hell of a lot worse in the very near future.