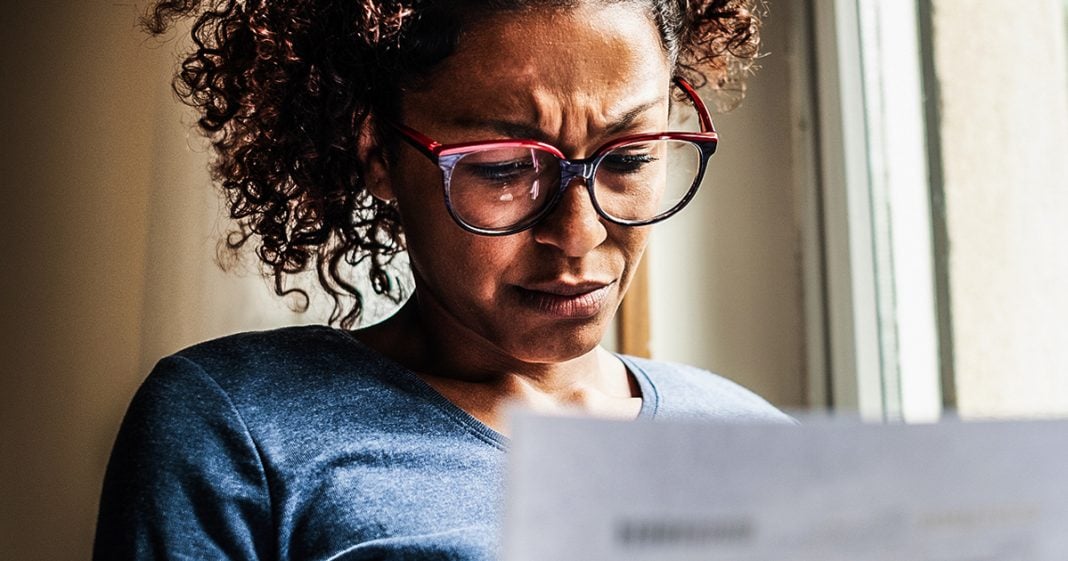 According to the latest round of tax data, the wealthiest 400 families in this country are now paying a lower tax rate than the poorest people in this country. This is exactly how Republicans wanted this system to work, and it is paying off beautifully for them. But it isn’t sustainable, and people are starting to grow angry at the way our country is skewed in favor of the wealthy. Ring of Fire’s Farron Cousins explains what’s happening.

*This transcript was generated by a third-party transcription software company, so please excuse any typos.
If all of the scandals that have emerged with Donald Trump and his friends this week aren’t enough to make your blood boil. If his disgusting performance at that Minnesota rally isn’t enough to get you riled up, then consider this story that’s flown a little to under the radar this entire week. the richest 400 families in this country are now paying a lower tax rate than the bottom 50% of American citizens. The poor and the middle class pay a higher percentage of our taxes than the wealthiest 400 families in the United States according to the latest round of data. The effective tax rate for the 400 wealthiest households in the United States is roughly 23% whereas the middle class pays roughly 24.2% so they’re paying 1.2% less in taxes than we do. And sure, I know conservatives are going to come out and say, well, they’re worth billions, and even if they’re paying 1% less, they’re still paying a hell of a lot more than you folks. Sure, absolutely. It’s not what this is about. This country has a progressive tax system, which means the more you make, the more you pay. That’s how it works. That’s how it’s set up and that’s how it should be set up. but this is exactly what Republicans wanted to do. This is what they wanted. This was their goal and they have achieved it. Poor people in middle-class people in this country are now paying more of our share of income than the wealthy elite. And that was by design. And here’s one of the reasons why it happened. Obviously when they passed the tax cuts and jobs act of 2017, it, uh, it took away some of the loopholes for the wealthy people. It created a lot more than it took away. They took away a lot of loopholes for the average income earner and didn’t give us anything extra. That’s why we ended up, uh, either not seeing any tax benefit or actually paying more. But, uh, yeah, I mean, if you’re wealthy, you now get to write off the entire cost of a private jet. Um, there’s lower taxes on non wage income, which is where most of these people’s money comes from. You know, selling houses, selling assets, holding assets, trading stocks, those taxes all went down and that’s where most of their money comes from. And that’s what this new report is explaining the differences. The rest of us, all of our income comes from wages and our actually wage taxes didn’t change. It really didn’t. So that’s why we’re now paying a higher percentage of our tax than they are. And this isn’t fair and this is pissing people off and it should. And this is exactly what people like Bernie Sanders are talking about when they talk about how the system is skewed in favor of the rich, how the gap between the haves and the have nots continues to grow at an exponential rate. At this point, this is what he’s talking about. And yes, this is a big deal. I should not be paying more in taxes than somebody who has $1 million. And I know the 400 wealthiest families have way more than just a million, but it’s not fair. You shouldn’t be paying more in your taxes. We are supposed to have a progressive tax system in this country, but Republicans have destroyed it because those wealthy elite, those are the ones who fund their campaigns, not the rest of us. Not the bottom 50% so they don’t care. They don’t care how much our taxes go up. They’re going to continue to feed us lies like Trump did just a few days ago, telling us that we’re getting an extra four to $5,000 a year. No, we’re not. No, we’re not. We’re not idiots like you. We can look at our paychecks and see that literally nothing has changed year over year for the last few years. Maybe it’s just me. I don’t know. Maybe I’m bitter. Maybe I’m angry, but I think we should all be angry at this point. We should all be a little bit bitter. Republicans and corporate Democrats have rigged this system to where the only way you can get ahead is if you were already ahead of everyone else.