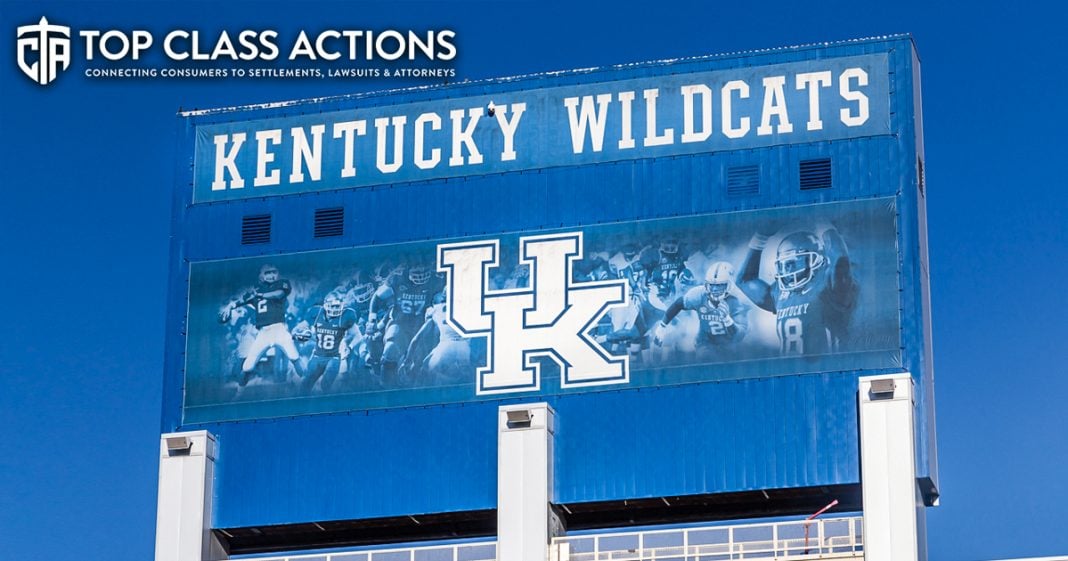 Two female Wildcats have lodged a class action lawsuit alleging the University of Kentucky does not have enough women in its athletic programs in violation of federal law. Lead plaintiffs, Elizabeth Niblock and Meredith Newman, claim in their class action lawsuit that the university needs to add nearly 200 women to their athletic program to come into compliance with Title IX regulations. Title IX is a federal law requiring publicly funded institutions to provide equal resources and opportunities to each gender. Ring of Fire’s Farron Cousins discusses this with Scott Hardy from Top Class Actions.

Farron Cousins:                  Well folks, it is officially Fall now and for a lot of us across this country, that means one thing and one thing only the return of college sports. College sports had been in the spotlight recently. The NCAA with their not wanting to compensate athletes, but there’s another issue that’s taking place right now that deserves just as much attention and it’s actually happening at the University of Kentucky. Joining me now to talk about what’s happening is Scott Hardy with Top Class Actions.

And Scott, of course, I’m referring to this class action that’s happening at the University of Kentucky right now where you have these super talented female athletes who are actually suing the college for violating regulations by one, not having enough female staffers and two not offering varsity level sports to these female athletes. Take it from there.

Scott Hardy:                          Right. So we have the, the title nine regulations, which state that there has to be a proportionate number of female athletics to male athletics and, you know, it’s, it’s gotta match the, the actual student population. So at the University of Kentucky, 55% of the student population are women. So therefore you would think that at least 50% of these student athletics have women in them. But nope, unfortunately they’re at about 40%. So you had, as you said, these super talented women that have said, hey, we would like to get more varsity level athletic programs.

We’d like to see varsity level cross-country, we’d like to see varsity level lacrosse and field hockey, a triathlon team. But unfortunately they’ve been denied. And so they’re saying, listen, you just need to be fair. This is very cut and dry, that female, the women need to be involved. You have to be giving out scholarships. You have to have these type of sporting, sports programs for women or you’re violating the title line regulations.

Farron Cousins:                  And what’s interesting is that the, these women who’ve brought this lawsuit say University of Kentucky, you’re about 200 women short of where you’re supposed to be legally, according to these title nine regulations. And the lawsuit also goes a little bit further too. It’s not just, hey, you’re not offering us the same thing. It’s that instead of offering it to us because the funds are available, you could be doing this, but instead you’re funneling that money over to the men’s leagues, the men’s sports and you can’t do that under these regulations.

And that’s what people have to understand. I know everybody likes to talk about, oh well I mean the, the, the college men, you know, the, the football teams, that’s where the money comes in. It doesn’t matter where the money comes in from. There are regulations that these schools have to follow and it’s very clear from this lawsuit that Kentucky is not doing this. They’re not following the regulations.

Scott Hardy:                          Exactly, and they are funneling that money into men’s athletics, not just football, you know, basketball, baseball, track and field. They’re, they’re putting all of that money in places where in some parts, there are female athletes, but in a lot of it there aren’t. And all these women are saying is, hey, hey, you have the talent here. Start these varsity level teams. Support us and ,you know, let’s be fair for women. Let’s you know, the, they are top tier athletes, let us represent your school. And, and really, you know, show that can, the University of Kentucky is a competitor at the top tier levels for all of these sports. Don’t hold us back and, you know, acknowledge us through athletics, acknowledges that we’re here.

Farron Cousins:                  Well and you also have to take into account too, and I’m sure these women understand this very well, is that if you’re not going to offer the, the varsity level of athletics for these women, it’s going to be harder for them, you know, to, to do something with that in the future. They’re not going to get the recognition in college that they might at a different college because their school’s not offering these programs that they should. So it’s going to put them further behind. It’s going to hurt future earnings potential if they want to go on and become a professional athlete.

It puts them at a severe disadvantage all because the school wants to, again, look, this is an SEC school. You know, SEC schools are all about sports. You know, this is what they live and breathe for. But they want to divert that money to the men’s sports because they think if they do that they’re going to make even more money in return while completely blowing out these regulations.

Farron Cousins:                  Absolutely. I mean this could be a wonderful recruiting tool for them saying, listen, we’ve got top tier women’s athletic programs available. 55% of the student body is women, come here if you want to make it to the next level. But instead, as you said, they’re going for the negative publicity and in the end that’s going to hurt them pretty bad. For more information about this issue, please follow the link in the description of this video. Head on over to Top Class Actions, and while you’re there, make sure you sign up for their weekly newsletter. It is absolutely one of the best resources available for consumers. Scott Hardy with Top Class Actions. Thank you very much for talking with me.