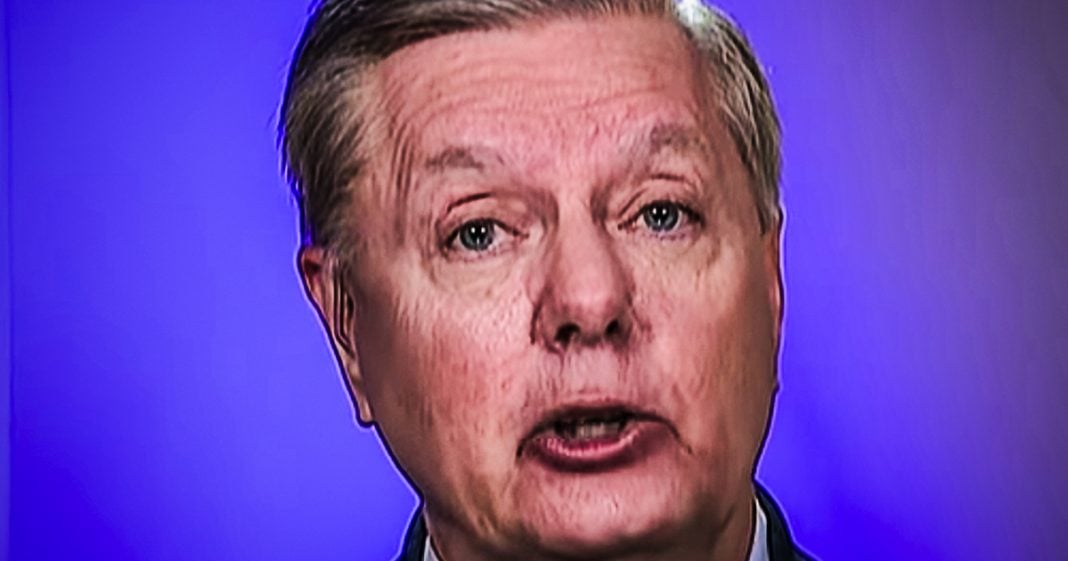 Republican Senator Lindsey Graham doesn’t care one bit about what evidence is brought to light in the impeachment inquiry, he just wants the President to retain his power. That is why he called on his fellow Republicans in the Senate on Wednesday to sign what is effectively a “loyalty oath” to Donald Trump saying they will not impeach him in the Senate. Ring of Fire’s Farron Cousins explains what’s happening.

*This transcript was generated by a third-party transcription software company, so please excuse any typos.
To virtually nobody surprised Republican Senator Lindsey Graham does not care at all what this impeachment inquiry is going to uncover about the president’s conduct. It could uncover pretty much what it’s already uncovered, which is very clear evidence of a quid pro quo with his call to the Ukrainian president along with the text messages from Rudy Giuliani and the former ambassador and the uh, officials from Ukraine. Sure we’ve got plenty of evidence now, but Lindsay Graham, doesn’t care about all that. The only thing Lindsey Graham cares about according to Lindsey Graham is that summary transcript that the Trump administration released and Lindsey Graham is adamant about the fact that that transcript showed absolutely no wrongdoing whatsoever and in fact Lindsay Graham yesterday went on Fox news to let it be known to the world that he is going to demand his fellow Republicans in the Senate sign a loyalty pledge saying that they will not impeach this president and remove him from office. Here is exactly what Mr. Graham had to say. I’m going to ask my colleagues in the Senate Republicans to sign a letter saying, we do not believe the transcript of the phone call between the president of the Ukraine is an impeachable offense. I want Nancy Pelosi to know Republican senators are not going to impeach this president based on this transcript. She can stop now before she destroys the country. Oh, Lindsey, Lindsey, Lindsey, Lindsey, bud. First of all, let’s get this straight. This wasn’t the official transcript of the call. It was a summary of the transcript of the call. Not to mention the fact that even in this summary, the president talk to the president of the Ukraine about Joe Biden, that that happened. I need a favor. So if that’s not enough for you, maybe we look at the real transcript, but you don’t want to do that. Your mind is made up and in spite of the mountain of evidence in front of you, there is nothing that’s going to happen to make you impeach this president and remove him from office in the Senate. You’re just not going to do it, and that’s why you’re out there basically begging and pleading with Nancy Pelosi, which is pathetic by the way, to say, you stop it right now. It’s all gonna happen. Just stop. Just stop before anything else comes out and makes me look like an even bigger idiot. Just stop because that’s what the rest of us see you as. You’re not taking a strong stand. You’re not trying to stand up for your party. You’re begging like a coward because you’re terrified. You know how damning that partial summary transcript is and you know that there’s more damning information out there. You know that this administration is obstructing justice every step of the way, and yet you still say, I want my fellow Republicans to sign a loyalty oath saying that we will never do anything to go against Donald Trump. You are pathetic as is any one in the state of South Carolina who votes to reelect you. You’re voting for a coward. You’re voting for a man without a spine. You’re voting for a man without any principles whatsoever. You’re voting for a man that’s not just putting party over country. He’s putting Trump over, party over country. His loyalty for some strange reason is to this one man, and for the life of me, I still can’t figure out what that is. Lindsey Graham has always been a horrible human being, but ever since his buddy John McCain died, he has become even worse than ever. Hopefully someday we find out why that happened. We find out what’s truly going on in Lindsay Graham’s head, but until that day comes, I once again urge all of the voters in South Carolina 2020s right around the corner. Lindsey Graham is up for reelection. Please, for the love of God, don’t send him back to Washington. D C. 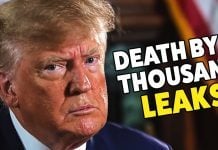