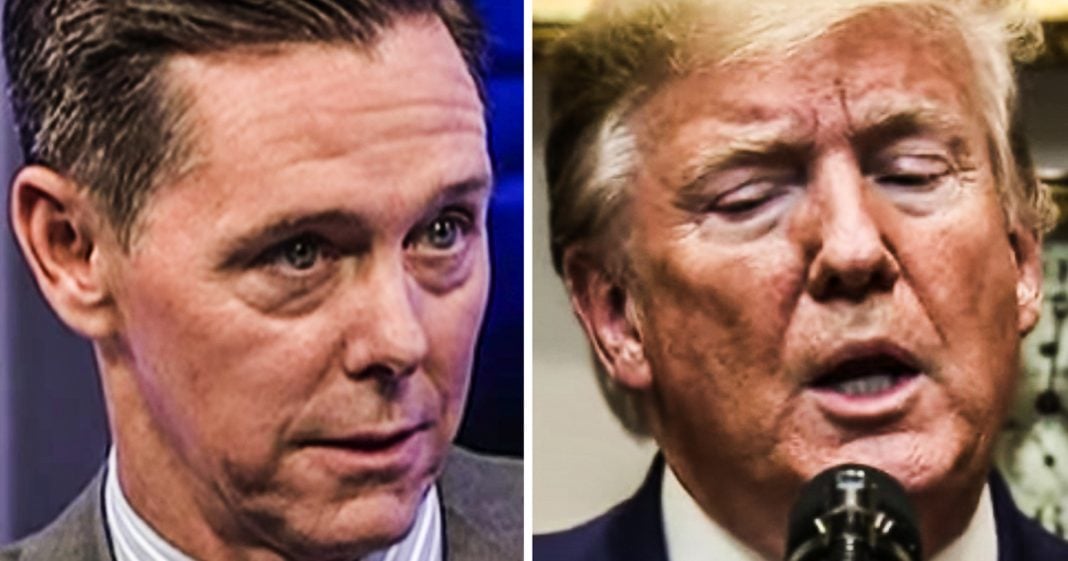 Disgraced evangelical leader Ralph Reed has become the most recent member of the “religious right” to come forward and say that God wants us to protect Donald Trump. Reed has a new book coming out that allegedly makes the moral case for Christians to support Trump, but his pleas might be falling on deaf ears, as Ring of Fire’s Farron Cousins explains.

*This transcript was generated by a third-party transcription software company, so please excuse any typos.
Disgraced evangelical leader. Ralph Reed is once again back in the news and no, it’s not because he was accepting millions of dollars to ah lobby against gambling down here in the South illegally. It’s because he’s out there telling evangelicals that they have a moral obligation to support Donald Trump. See mister Reed has a new book coming out that’s due, I think in about April. The book is called for God and country, the Christian Case for Trump, and in this book, Mr. Reed is going to make all of the arguments possible about why in order to be a good Christian, you have no choice but to support Donald Trump because that is what God wants you to do. God, according to Ralph Reed, wants you to pledge your undying love and support and electoral devotion to the man who has credibly been accused of sexual misconduct by 43 different women. Now, the man who’s cheated on every spouse he’s ever had, the man who had to pay off multiple different women because he had affairs with them, it didn’t want that to interfere with this campaign. The man who has repeatedly obstructed justice, the man who has never done a single thing in his life that could even be remotely considered to be Christian like, and that’s the man that God allegedly is telling Ralph Reed to tell the public that they have to support. And I got to tell you, if that God exists, then that’s not a deity. I want to be friends with that. That’s not an afterlife. I think I would enjoy if that is in fact how God is, no thanks, count me out of it. But folks, Ralph Reed is not the only one who’s been out there in the last few days saying these kinds of things. You have Donald Trump’s spiritual advisor out there saying that we have a God given duty to protect Donald Trump. Now, on the other side of the spectrum, we also have more than 100 Christian leaders, religious leaders in this country who have now signed on to a letter supporting the impeachment inquiry. So yeah, you’ve got kind of two conflicting sides of religion here. You’ve got the people who actually know what religion is supposed to be about saying yes, go forward with impeachment, and you’ve got the people who have bastardized religion turned it into a political game and said, Nope, we have to protect Trump at all costs because the phony God that I claimed to worship says we have to do it. The religious right is absolutely filled with nothing but frauds. Every evangelical leader in this country is a fraud. Every single one of them, they all are. They don’t care about helping people. They don’t care about saving people. They don’t care about leading by example. They care about money. That’s it. That’s what this is about folks. It’s not about abortion. It’s not about the LGBTQ community and keeping them down. It’s not just about keeping women subservient to men. The number one thing is it all comes back down to that money because these mega pastors with these mega churches and their book deals, they’re in the top 1% folks and every time Republicans come into office, they cut their taxes. They protect them from the IRS who should be investigating them because they’re all nonprofits. Yet they’re all actively engaged in politics. That’s illegal. But Republicans protect them. And so they in turn, protect Republicans tell their flocks that, Hey, Democrats want to kill your babies. Democrats want to turn all of you gay and the gays are out there causing hurricanes. Or these are all literally things that they have said over the years, by the way. And they only say those things, not because they actually care or because they even believe them, but because they say these things, they scare the voters. They vote for Republicans than the mega pastors get their taxes cut. That’s how the scam works. The religious right is 100% a scam. Nothing more, nothing less. It’s a scam driven by rich con artists who have absolutely perfected their craft. And they have found someone in Donald Trump that they know is exactly like them.