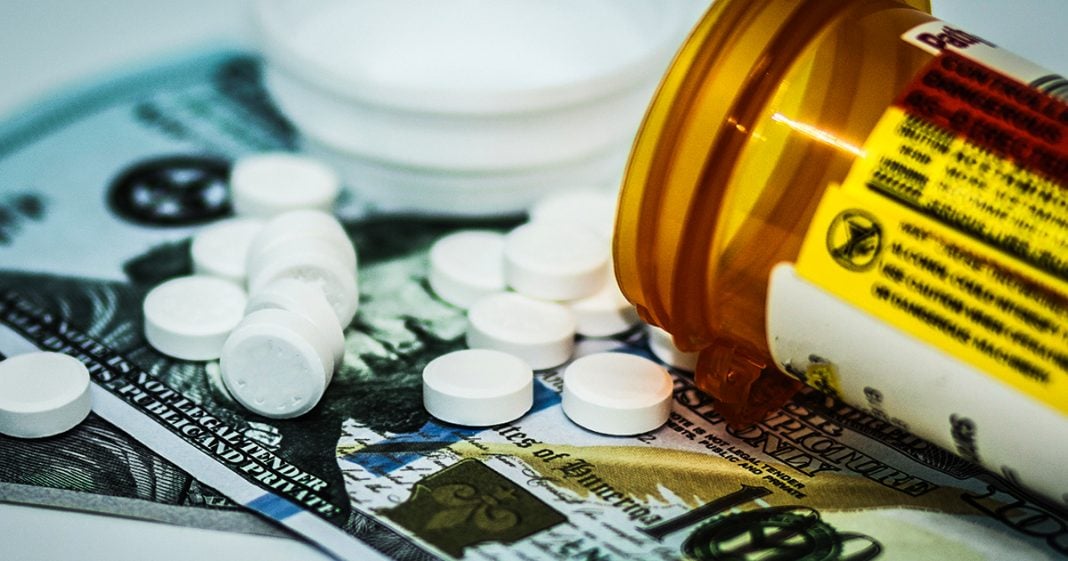 An aide to Donald Trump has said that the White House has no intention of working with Congress on drug pricing legislation as long as the Democrats continue their impeachment probe. People are dying in this country because they can’t afford their medication, and this administration wants to use these people as bargaining chips to stop the drive for impeachment. Ring of Fire’s Farron Cousins discusses this.

*This transcript was generated by a third-party transcription software company, so please excuse any typos.
One of Donald Trump’s top aides, a man by the name of Joe Grogan announced recently that he’s seen the drug pricing bill as has the president, the rest of the white house that the Democrats in the house of representatives have put forward and they want to work with the president on this pressing issue to lower drug prices for American citizens. But Mr. Grogan says that, guess what, while Democrats are pursuing impeachment, we’re not going to work with them on anything. You know, because they’re too distracted with impeachment to actually want to work on lowering drug prices for American citizens. That’s what mr Grogan is telling us here. Now, Mr Grogan is well aware of the fact that we have American citizens in this country today who are dying because they can’t afford their medications. And the Democrats have a piece of legislation out there. Mitch McConnell won’t let it come to a vote in the house and there’s a Senate, excuse me, but the Democrats in the house have at least passed something. They’re ready for it. They’ve got the legislation ready to go to provide relief for American citizens and the white house who has claimed in the past Trump ran on lowering prescription drug prices has said he wants to do it. Well there it is, but they say no, cause obviously we can’t do this because Democrats are distracted. If they’re so distracted. How did they come up with the piece of legislation if they’re so distracted, how have they already passed 250 other bills just this session since January. And that my friends is how one of the biggest Republican talking points gets blown to hell because that’s what they’ve been saying for quite some time now. Democrats are so focused on taking down Trump, they’re not getting anything done. Nothing is getting done in that house of representatives because all of them, every one of them is just investigating Trump all the time and nothing could be further from the truth. But Mr Grogan hopes that you’re just as stupid as he is. That’s why they do this, and I want everyone to understand that they sit there, they make up these things that you can quickly Google and find out are untrue, but they don’t think you’re smart enough to do it. When they come out and lie to us like this, it’s because they think you’re stupid. That is the biggest takeaway, not just from this administration, but from the Republican party as a whole. Information is not hidden anymore. You don’t have to go to a library and spend hours upon hours rooting through encyclopedias to get to the truth. It’s available to anyone with an internet connection these days, folks. But Republicans are still living in the past and they don’t think you know that this information is out there. They don’t think you know that. You can go and pull up the congressional record on the official government website and see what bills the house of representatives has passed, and you could see who voted for what, and then you can go over to the Senate side and see how nothing gets done. Under Mitch McConnell, Trump loves pushing that. Talking point recently about the do nothing Democrats. Well, guess what? Everyone, Democrats have done a hell of a lot since they took over the house of representatives in January. The Senate under Republican leadership of Mitch McConnell has done absolutely nothing and the president himself has done even less. The Democrats are not the do nothing party. The Democrats are not the ones who are distracted. The Democrats, believe it or not, for the first time in a long time, are actually trying to pass some good legislation for the American public.