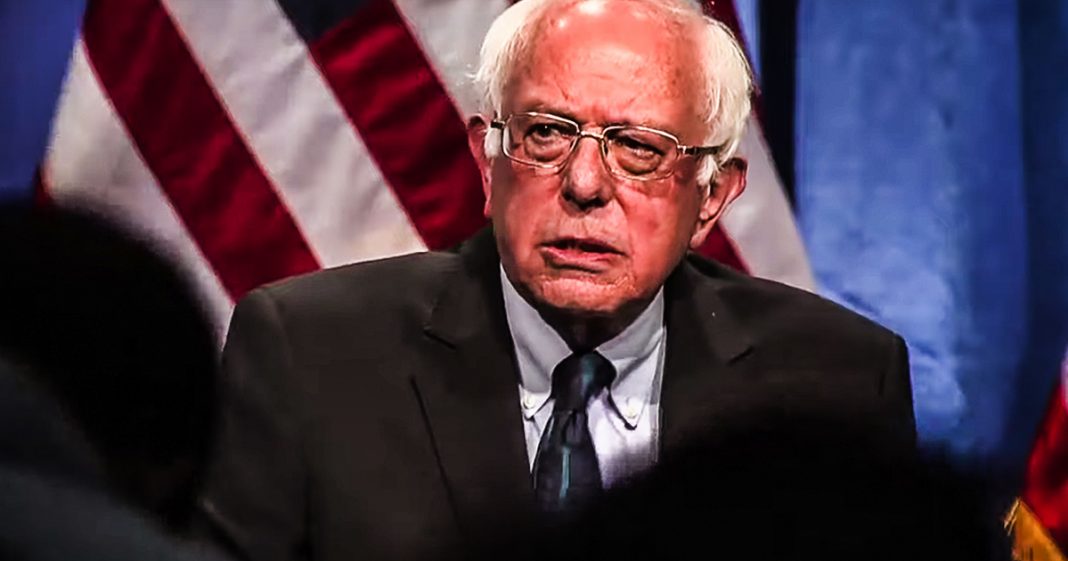 The Sanders family has suffered another devastating tragedy this week, as Raine’ Riggs, wife of Bernie’s son Levi, passed away suddenly on Tuesday after being diagnosed with cancer not long ago. It has only been a week since Bernie Sanders had a heart attack that required the placement of two heart stents, and this latest tragedy is absolutely heartbreaking. Ring of Fire’s Farron Cousins discusses this.

*This transcript was generated by a third-party transcription software company, so please excuse any typos.
Yesterday. It was announced that Dr. Rein Rigs, the daughter-in-law of democratic presidential candidate, Bernie Sanders had passed away this past Saturday, so just a few days after Bernie Sanders had a heart attack, had two heart stents placed. His daughter-in-law, wife of his son Levi, passed away. Um, she had just been diagnosed with cancer not that long ago, 46 years old. She was a neuro psychologist. She met Levi while the two of them were working at a food bank shelter together. She had three kids and now she’s gone and our deepest sympathies and condolences to everyone in the Sanders family. Now here’s what we need to talk about with this particular issue. Obviously in the last seven days, Bernie Sanders, his family and his campaign have now suffered two major life altering tragedies, but he is not giving up and that’s the important part. That’s what we have to take away from this. Yes, setbacks happen. They change your life, they change who you are as a person. The death of Dr. Riggs will forever change the Sanders family from the top down but Bernie is going to continue with what he is doing. He is not going to drop out of the race, nor should he drop out of the race. I do not think his heart condition is a problem and it certainly is not disqualifying. The death of a family member is absolutely tragic. and Bernie is going to be there for his family. They already announced that he’s going to scale back on some of his events and his rallies, but his family also supports him just like he supports them and they want this to happen. They see the change that he is inspired in this country and they don’t want that to end either. They know that better days are on the horizon. They may seem far off. They may seem like they’ll never even get here after tragedies like this, but they will and Bernie Sanders understands that and Bernie Sanders is in this thing to win it and take it all the way and finally create the policies that this country needs to move ourselves forward. Instead of living in the past thinking we can go back to some kind of corporate centrist, uh, uh, LA LA land where everyone gets along, banks get to do whatever they want, big pharmaceutical continue to rip us off, but at the very least, no more craziness from the white house. Those days don’t exist. Bernie knows it, his family knows it. Everyone working for his campaign knows it, and they know that in spite of these tragedies, they are going to continue to push ahead and hopefully at the end of all this, see him sworn in as the next president.