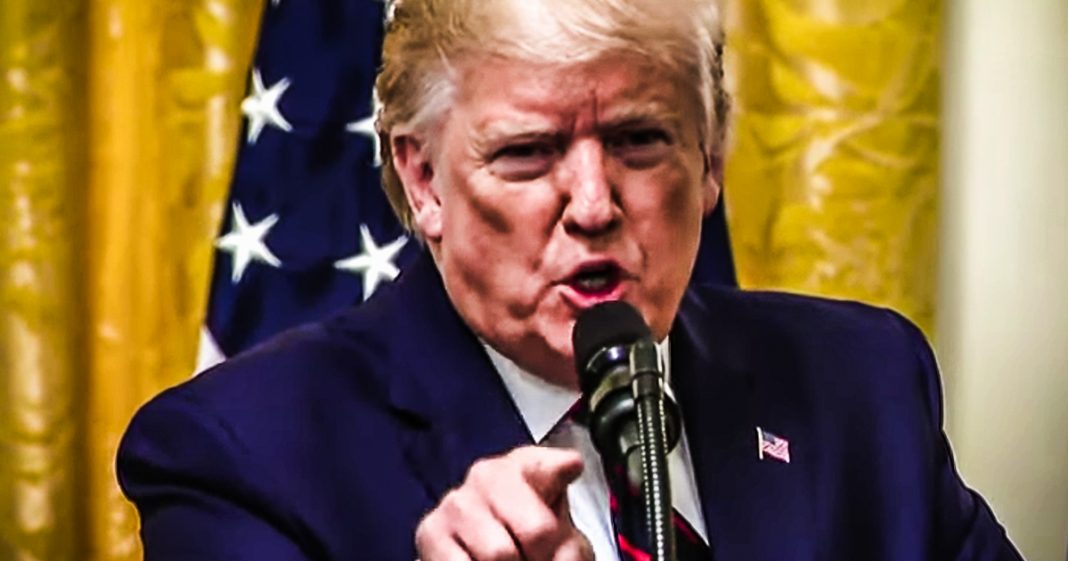 Donald Trump is losing the impeachment battle, and his stonewalling of the investigation isn’t going to do him any favors. The latest poll numbers show that nearly 60% of the public supports the impeachment inquiry, and 49% already support his removal from office. Those numbers are about as bad as they can get for the President, any worse and Republicans will have to start rethinking their loyalty. Ring of Fire’s Farron Cousins discusses this.

*This transcript was generated by a third-party transcription software company, so please excuse any typos.
Donald Trump thinks that he has a winning strategy to fight back against the impeachment inquiry, and that a strategy is to Stonewall to deny and to actually call for the impeachment of the people trying to impeach him. Specifically both Nancy Pelosi and Adam Schiff, who Trump has both the called in the last 24 hours for their impeachments, even though that’s actually not how things work. But nonetheless, Trump thinks he is absolutely killing it here with this strategy. Unfortunately for him, the majority of people in this country do not agree with him. And the latest round of polling shows a massive surge in not just support for impeachment, but also support for removal from office. The latest Washington post poll shows that 58% of people in this country support the impeachment inquiry. 49% of people in this country a plurality, support his removal from office. Here’s where things get interesting. Obviously there’s a major breakdown, uh, between parties. 80% of Democrats want him impeach. 70% of Republicans do not want him impeached. But 20% of Republicans not only support impeachment, also support removal from office 20% of the party that’s giving Donald Trump a 93% approval rating. 20% of them already support removal from office. And again, folks, we’re two weeks into this. It’s not like this has been going on for months and these poll numbers are slowly shifting. This has been a dramatic rapid shift in the public’s opinion. So here’s where we’re at right now. As of today. Uh, ambassador uh Gordon Sunland was supposed to go and testify before the house of representatives and the state department and let him know that, guess what? You’re not allowed to go and testify. So he is being forbidden from testifying. That’s gonna set up another show down. Then you have the Trump administration pulling the strings here, telling us that we’re not going to comply with anything. We’re not going to give our people to testify. And the numbers are already shifted. And that’s the point I’m making here. The Trump administration thinks they can continue to Stonewall, continue to just not show up, not obey the law, and have the poll numbers start shifting in their favors. The more the public sees what this administration is doing and how they’re trying to block their people from even telling the story is only going to make more and more people realize that yes, the president committed a crime and yes, the president is still trying to cover it up.