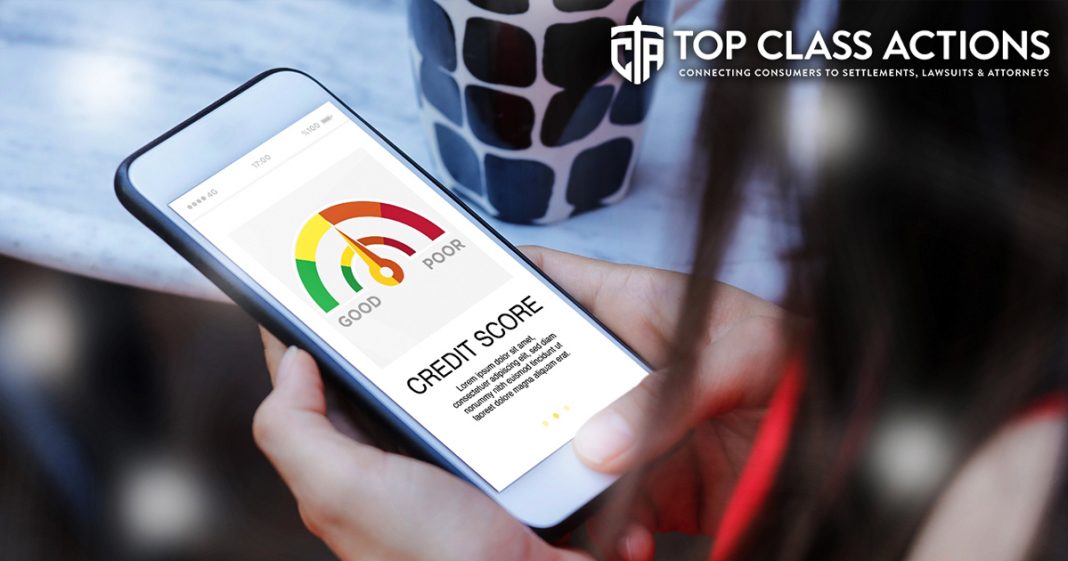 Credit scores are vital for consumers’ financial health. Because credit scores are used in important life decisions such as purchasing a house or car, it’s important that these scores are accurate. Unfortunately, a study conducted by the Federal Trade Commission (FTC) showed that 26 percent of consumers found at least one error on their credit report. If a bank, lender, credit reporting agency, or other institution wrongly reports a debt or credit account, it can have negative repercussions on a consumer’s credit score. Ring of Fire’s Farron Cousins discusses this with Scott Hardy from Top Class Actions.

Joining me now to talk about this is Scott Hardy with Top Class Actions and Scott, this kind of seems like a very important thing that consumers need to be aware of because again, these credit reports are used for everything today. I mean, they determine whether or not you can get a cell phone and we’ve got almost a quarter of the population walking around with these errors that shouldn’t be in there, but they’re in there.

Scott Hardy:                          Exactly, and now what we have are lawyers who are aggressively going after the credit unions and aggressively digging in to those creditors to sue the people involved. Now that’s where we’re seeing this investigation that was really grown from and, and now it’s, it’s greatly expanded just in the past few months. Where a lot of law firms now are actively going after the credit unions and working on the behalf of consumers to fix these problems. Now the, the nice thing is that the attorneys aren’t just going to try to fix the credit, the, the, the credit reporting problems, but they’re trying to get financial damages back to each individual person.

And as you can tell, as you mentioned, this things, these credit errors are affecting your ability to buy a car or ability to buy a house. And in some cases now, just like you said, ability to get a job where they’re running your credit to see if you’re a good bet for that company. And if you have those errors, those errors can completely stop your ability to achieve any of those things. So the attorneys are taking a look at your credit report. They’re working with you, they’re trying to get these errors removed and then aggressively pursue financial damages to get some money back in your pocket for everything that occurred.

Farron Cousins:                  And we’ve got two companies specifically Equifax and TransUnion along with Experian, but Equifax and TransUnion have both been accused of, you know, inaccurately reporting people’s credit reports. You know, oops, maybe we accidentally put something on there twice. You know, maybe you had a lien against you, but we actually put it down as you have two liens against you. Maybe we said you got contacted by a, a debt collection agency, but we actually put that in there a couple times too. So it looks like you have all these outs, outstanding debts, and those hurt people.

I mean, that absolutely changes whether or not you can buy a home or whether or not you’re going to pay a 2% interest rate on your new car or a 10% interest rate on that vehicle. I mean, this absolutely screws with people’s finances because these companies are not doing what they’re supposed to be doing and they’re not going back and even checking their own work and instead, oh, well, it doesn’t hurt us as a company. We’re just a monitoring agency. We’re just a reporting agency. You, Mr or Mrs Consumer, you have to go through and fix this stuff because we’re not going to do it for you. I mean that, that’s the mentality of these companies.

Scott Hardy:                          Yeah, you’re, you’re very correct there. It’s anybody who has tried to go and get an issue with their credit fixed when it was a glaring problem, knows the pain involved. And so for you to have the ability now to work with an attorney to get that assistance and make it actually happen, this is really huge for consumers. And so I’d absolutely encourage anybody who has a lot of problems on their credit and they see these errors on their credit that need help submit their information and start working with a lawyer now to get it fixed and hopefully get some cash back in your pocket from these credit unions or credit reporting agencies.

Farron Cousins:                  And the, and that’s, you know, kind of rounds it out, is that people have to understand that you do have to check your credit report. You can’t just hope that everything is okay. You can’t ignore it and pretend like it’s not a thing that exists and maybe it’ll all work itself out. That doesn’t happen. You know whether you’re in the top 1% you’re the bottom 99% whoever it is, get your credit report, check it regularly because these mistakes again, one in four people right now walking around with a mistake on there and most of them have no idea that it exists. More importantly, they have no idea that they could work with lawyers and get this fixed.

For more information about this investigation please follow the link in the description of this video. Head on over to Top Class Actions, and while you’re there, make sure you subscribe to their weekly newsletter. Scott Hardy with Top Class Actions. Always a pleasure talking to you. Thank you.