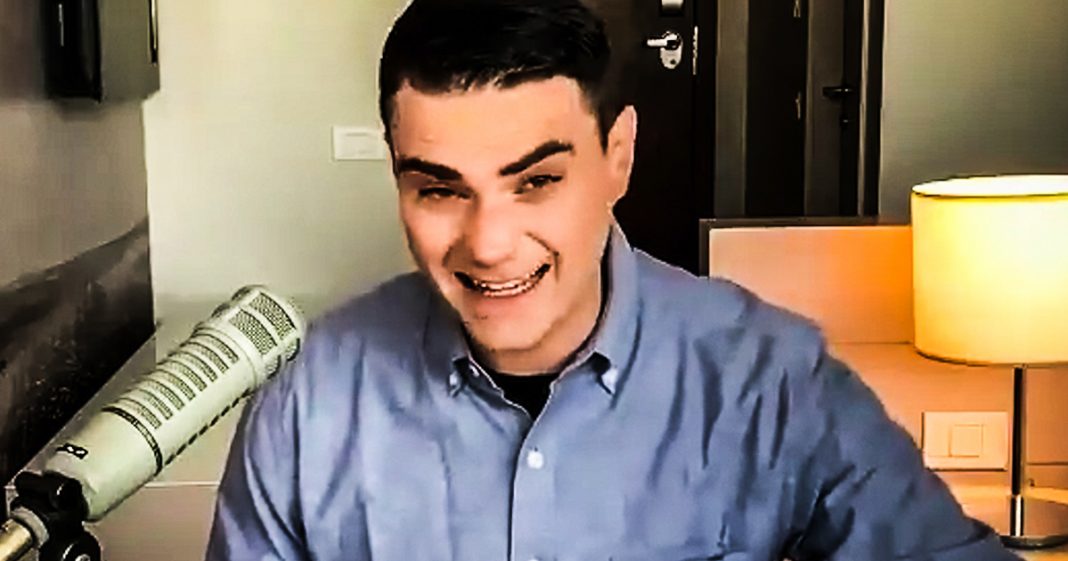 Every now and then, right wing talkers get something right, and Ben Shapiro is no exception. Ben believes that Trump isn’t the kind of guy that comes up with “plans” because he’s just not clever enough. He’s right about Trump not being clever, but he’s wrong if he thinks that’s a defense that’s going to work in the impeachment inquiry. Ring of Fire’s Farron Cousins discusses this.

*This transcript was generated by a third-party transcription software company, so please excuse any typos.
Conservative talker. Ben Shapiro is typically not correct about things, but yesterday he actually came pretty close to being right about something. Here it is.
“when it comes to scandals, when it comes to president Trump came up with a plan. The plan was deployed Rudy Giuliani to uncover the specific corruption of Joe Biden and then leveraging the Ukrainian government to help Rudy Giuliani to go after this specific corruption of Joe Biden. Because the man he has a Gimlet eyed, sharp eyed, steely, steely missile man, eyed plan. He is just going to carry that, that here’s the best events. No, right. This is the best. The best of it. It is. No, you gotta be kidding. No, that’s, this is not a dude with a plan. And the problem for Republicans there not allowed to say that, that’s the problem for Republicans is that if you’re a Republican Senator and you say that Trump might attack you.”
Now listen, I wholeheartedly agree with Ben Shapiro that Donald Trump is not a guy who has plans. And the implication of that as well is that Donald Trump is not a smart guy because he really is, at least in the capacity that he is at now. This isn’t a smart guy. He doesn’t know what the hell he’s doing. I guarantee you he doesn’t know that most of the laws he’s broken are actually laws. He’s not allowed to break, but Ben Shapiro is mistaken if he thinks this is going to be a good defense for the president. And again, I also agree with Ben Shapiro that Republicans also think this, that he’s a bit too nutty to understand what’s going on, but I don’t think he’s too nutty or crazy or stupid to know that he broke the law and yeah, sure. We’re hearing all the time has been points out that there’s whispers from Republicans, Oh, if it was held today and we didn’t have to put our names on it, we’d all vote to remove him from office. Yeah. I don’t know how much I buy into that. I know there’s rumors of it, but what we’re seeing publicly is a lot of Republicans either defend it or keep their mouths completely shut. But again, this isn’t a viable defense. I mean, you couldn’t walk into court representing a defendant who had been accused of a crime and stand up and say, your honor, ladies and gentlemen of the jury, this man is an idiot. I mean, look at him, look how dumb he is, is of course he couldn’t have committed a crime. He’s borderline mentally challenged. No, that’s not a defense folks. And it certainly isn’t for the president of the United States. There’s obvious signs of mental decline there. But he knew what he was doing. He may not have had a plan to do it, as Shapiro says, but he absolutely asked on that phone call, I need a favor. I need a favor. And that favor was dig up dirt on his political rival or else you’re probably not gonna get this aid money that we’ve already approved for you. So if you want it, you know what you gotta do. It doesn’t matter how dumb the man is, how many plans he doesn’t have. That is a thing that he did. That’s the quid pro quo. That is the violation of election laws seeking something from a foreign government to help your campaign. That’s the illegal part. Those are the laws that he broke and no amount of conservative talking head saying no, Trump’s too stupid to know what he did is going to change that. The president broke the law.