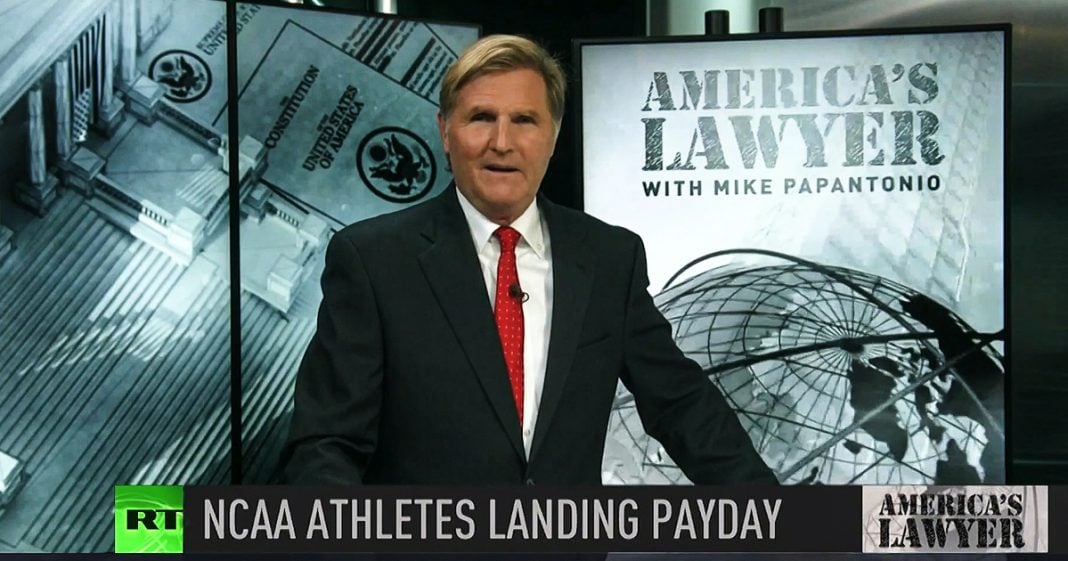 Via America’s Lawyer: California Governor Gavin Newsom signed a bill that’s going to allow college athletes in the state to receive endorsement deals and to earn the proceeds from the use of their likeness and their names. Mike Papantonio explains more.

And finally tonight, some good news. On Monday, California Governor Gavin Newsom signed a bill that’s going to allow college athletes in the state to receive endorsement deals and to earn the proceeds from the use of their likeness and their names. For years, the NCAA has been fighting efforts to prevent college athletes from being paid for their talents. Even though the organization has pulled in more than a billion dollars from college athletes only in 2017 alone. These young athletes had been exploited by both the NCAA and the colleges that they attend to pack stadiums, sell jerseys, and even as recruiting tools to attract new students.

Meanwhile, these athletes have been barred from ever taking a single dime while the corporate executives rake in billions. These athletes have been putting their bodies on the line during every competition risking injuries that could ruin any earning potential they might have as professionals, and now at least in California, these student athletes will finally be allowed to share in some of the financial success that the NCAA has been hoarding for itself way too long.

That’s all for tonight. Find us on Facebook @facebook.com/rtamericaslawyer. Also follow us on Twitter @americaslawyer. You can watch all RT America programs on Direct TV at 321 and stream them live on youtube.com/rtamerica. I’m Mike Papantonio and this is America’s Lawyer, where every week we tell you the stories that corporate media is ordered not to tell you because their advertisers won’t let them. Have a great night.