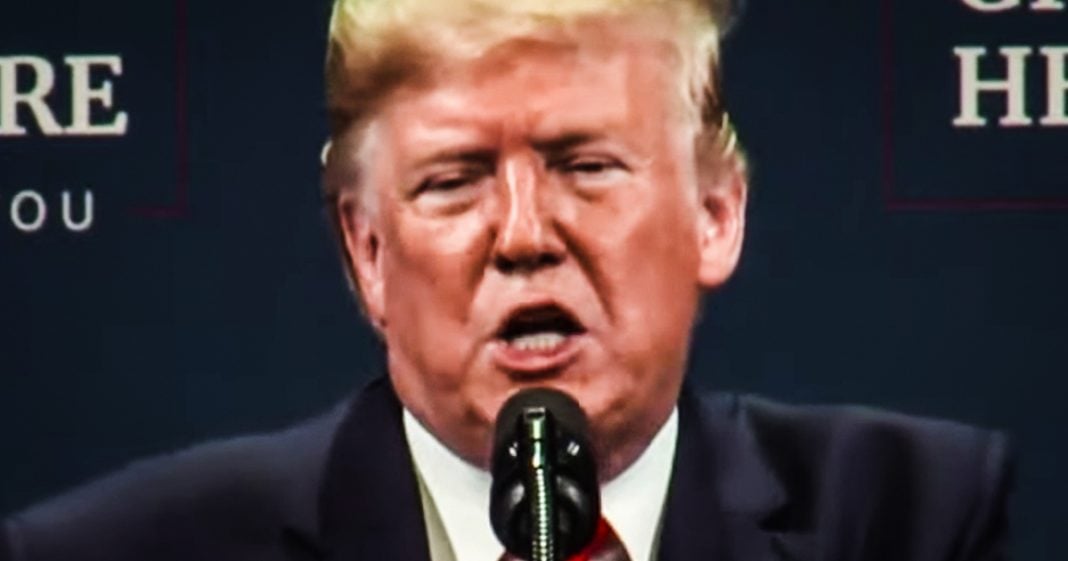 A federal judge has had to tell Donald Trump that it would be against the law for him to destroy any communications – call logs, transcripts, notes, etc – that he has had with foreign leaders. This is bad news for Trump, but it may not be enough to prevent his administration from “disappearing” what would likely be a treasure trove of damning information. Ring of Fire’s Farron Cousins explains what’s happening.

*This transcript was generated by a third-party transcription software company, so please excuse any typos.
Last may several groups including citizens for responsibility and ethics in Washington, the national security archive and the society for historians of American foreign relations. In May, they filed a lawsuit against the Trump administration and the executive branch of the government because they were concerned that this administration was destroying records of their communications with foreign leaders. Now, this was in May. This was prior to Donald Trump’s conversation with the president of Ukraine. Last Friday, A judge came out and after kind of being wishy washy on this again for several months, but the judge finally came out on Friday and said, all right, here’s the deal. Donald Trump, executive office of the president of the United States. You are here by ordered by this court to preserve every single piece of communication you have ever had or will ever have with a foreign leader. Every bit of it, whether it’s a call log, a transcript, a memo about the call, notes about the call, emails, text messages, whatever it is, you are required by law to preserve it. Oh. And by the way, the judge added, you’re also now required to preserve any record and your staff is required to preserve any record of any attempt to get rid or destroy or otherwise make gone these communications. So not only does the white house now legally have to preserve all of these communications, but the staffers also have to preserve any communication telling them to destroy communications. And most of this again is in response to what happened on that phone call with the president of Ukraine. The information that came out after saying, Oh, they’ve moved it all to this private server. Uh, there’s also calls with start- Saudi Arabia and Russia in there, but uh, nobody can ever see them. And the judge finally after this case was argued in May or filed in May, excuse me, judge finally said, listen, things are going to get bad with this administration. They’re probably going to start destroying communications if they have not already. We have to issue this injunction basically to tell them you can’t destroy anything. You’ve got to hold onto it. And the truth is, legally this judge didn’t do anything that wasn’t already part of the law. Right? W we, we have the, uh, presidential records act. It was already illegal for the president to destroy any of this material, but the lawsuit had to be filed because they had evidence that the president was destroying this material. And again, that was before the call with Ukraine. So we can only imagine what has already been destroyed. But hopefully some of those staffers, the one who, there’s a story about every month saying how unhappy they are and how much they hate Trump, hopefully some of them maintain some kind of record of every time they were told, delete this file, get rid of this call, go back and change this transcript for us, would ya? Whatever it is, they now know for certain in no unequivocal terms that it is their duty under the law to save every single bit of it. And if need be, maybe you need to go talk to somebody. If in fact the president has ever asked you to destroy any of his communications with foreign leaders.