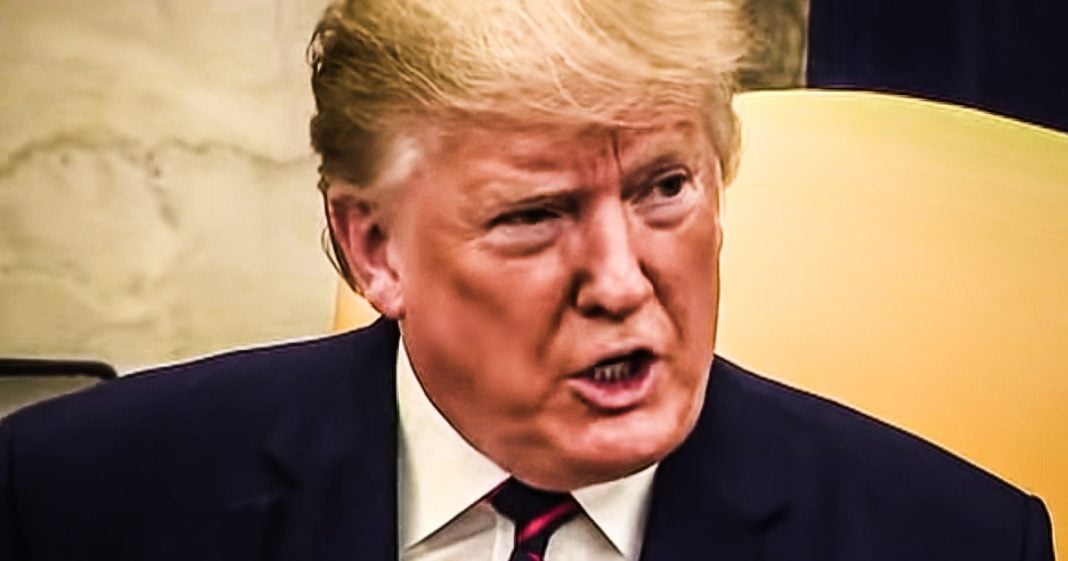 Donald Trump admitted that he spoke to the President of the Ukraine about Joe Biden. It was in the phone call summary that the White House released. But in spite of this admission, only 40% of Republicans actually think Trump mentioned Biden in that phone call. Republican voters are living in the same alternative reality as Donald Trump, as Ring of Fire’s Farron Cousins explains.

There is no question that Donald Trump spoke with the Ukrainian president about Joe Biden. Donald Trump has admitted that the summary of the phone call that they released confirmed that there is no question that Donald Trump at the very least discussed Joe Biden with the Ukrainian president, and I prefaced this video with that because a new poll came out and according to this new poll from Monmouth University, only 40% of Republicans think Donald Trump may have mentioned Joe Biden during that phone call. Only 40% 30% say he definitely did not mention Joe Biden, the other 30% they’re not sure whether or not he mentioned Joe Biden at all.

He admitted that he did the official summary from the white house from the Trump administration admitted he spoke about Joe Biden. Now here’s the thing. This poll was not looking to see if people thought he broke the law with this. No, it was just, do you think he talked about Joe Biden the thing he literally said that he did do, he confirmed it himself and only 40% of them were willing to say, I think he may have. That’s nuts, folks. That’s absolute insanity and it proves that much like Donald Trump himself, his followers, the Republican voters in this poll are living in the same alternative reality than he is. And that’s what drove me crazy about these poll numbers is because it’s not like it’s something that we’re still trying to figure out here. We’re trying to figure out if what he did broke the law. Sure, but we’re not trying to figure out if he talked about Biden at all.

We know that he did because he said that he did. The whistleblower said that he did. Rudy Giuliani has confirmed this. Bill Barr’s entangled in it. Mike Pompeo has said he did. There’s no question about it. These numbers should be 100% and for some reason they’re not. But this also goes to show you just how deeply embedded conservative media is in the minds of these Republican voters because they’ve been doing nothing for the last week. Other than trying to downplay what Donald Trump did create some kind of question about whether or not he did it at all, even though he admitted it and it’s affecting the minds of Republican voters. So the big question is how do we counter that, right? What do we do when you have 60% at least of the Republican party living in Donald Trump’s alternative reality?

The honest answer is I don’t know that you can do very much. We can go out there, we can talk about it, we can deliver the truth. But the thing is, we already all knew the truth. The truth was released. He did mention Biden, and these people still refuse to accept the reality in front of them. The reality that actually in this instance did come from the white house itself, and they still look at that and say, Nope. Or they’re not following the news at all, which is probably just as bad because you have to be informed. You have to reach these people. I know a lot of folks want to say like, Oh, I’m not too interested in politics. I’m just a Republican or I’m just a Democrat and I just vote with my party. No, that’s not good enough anymore either. Folks, this is your country. Your country’s in trouble right now, and your country needs you to actually start paying attention to what’s happening.