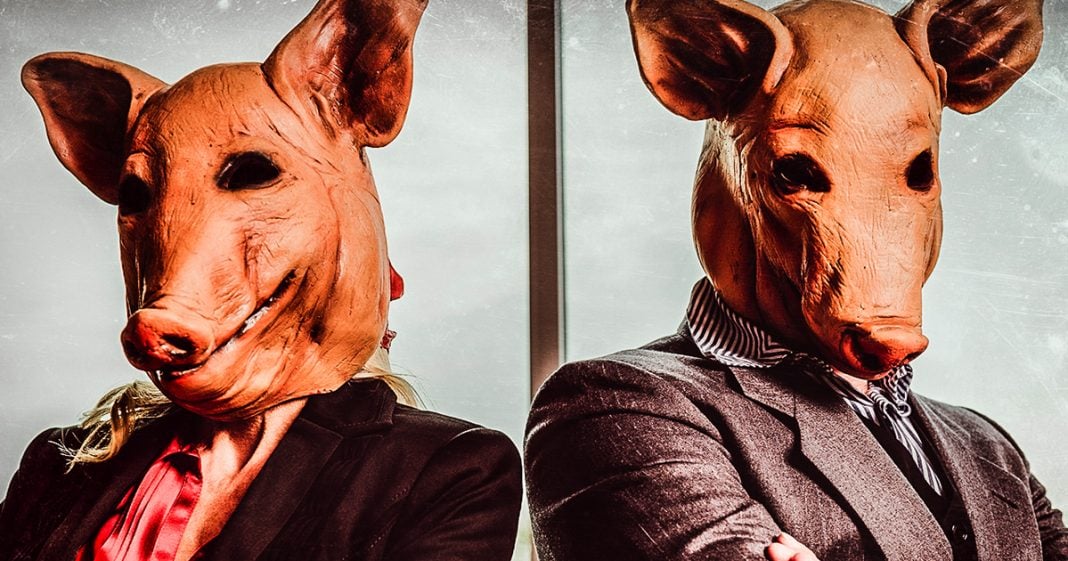 The IRS came under fire recently after it was revealed that they are auditing poor people at the same rate that they audit the top 1% of income earners. The agency finally responded to these criticisms and they admitted that its just a lot cheaper to go after poor people than it is to go after the rich people who are actually dodging taxes. Maybe they’d have more money if they actually audited the rich people? Ring of Fire’s Farron Cousins discusses this.

Not that long ago, ProPublica reported that the IRS was auditing poor people in the United States at roughly the same rate that they were, uh, auditing the top 1%. Congress saw these reports, one at some answers about this and not that long ago, called the IRS commissioner, Charles Rettig in there to ask him, what’s going on, man?

Really you think poor people are the people that need to be audited as opposed to the top 1% and Rettig kind of gave some answers. He said, no, I don’t necessarily think that, but I know that’s what we’re doing. And then recently IRS commissioner Rettig released a report that explained why they’re targeting and harassing poor people instead of harassing the people who are actually hiding money from the IRS. And the answer was simple because it’s cheaper. It’s cheaper according to the IRS to go out there and harass a poor person than it is to harass a wealthy one. And they make it very clear, typically with the audience that they conduct for the people at the bottom of income earners, all they do is just mail them a letter. The person fills out that letter and sends it back and that’s it. That’s the audit. But for rich people, man Rettig explains, you gotta have a couple people doing it and you gotta go through all these documents and it’s hours upon hours of man hours and we just don’t have the resources for that. So yeah, we go after the poor people because that’s quick and easy. You could have low level staffers doing that. We’ve got to have the high paid, you know, big shots taken on the wealthy folk and we ain’t got it anymore.

And there’s a reason they don’t have it in. Rettig actually mentions this in his port or report. He says, we would like to, we want to go after these people because we know they’re hiding a lot of money and that money would help us. But they’ve slashed our budget. Congress has, uh, for the last nine years and now our budget today when adjusted for inflation is lower than it was in the year 2010. So yeah, we have no money. We can’t pay the people to go through the a high dollar tax returns with audits. So we have to go after the poor people because obviously we’ve got audit somebody and it’s got to be the poor folk because we don’t have enough money. And part of the reason we don’t have enough money is because you won’t let us get the money that’s rightfully owed to us from the rich people because Republicans have been cutting the IRS budget for nine straight years.

And part of the reason they’ve been doing that is because the little phony scandal they made up saying the IRS was targeting conservative organizations. Although statistics showed that they were actually going after liberal organizations and think tanks just as aggressively and frequently as they were the right wing groups. But Hey, never let the facts get in the way of good talking point right Republicans. But this is all by design. This is 100% what Republicans wanted to do and they did it and it’s having the effect that they wanted those wealthy people, the folks in the top 1% those are their donors. You think they want their donors getting harassed by the IRS. You think they want their donors losing half a million, $1 million in back taxes to the IRS? Absolutely not. They want that half million dollars to go into their campaigns. So of course they’re going to cripple the IRS because Republicans aren’t grassroots funded. They’re not worried about poor people getting screwed over on their taxes. Cause maybe they filled a line out wrong because they can’t afford wealthy accountants. So yeah, harass them all day, but leave the rich people alone because those are the ones who fund the Republican and establishment Democrat campaigns. So they have to be protected. So they’ll keep slashing the IRS budget till it gets to the point where they don’t have any resources available to audit a single member of the top 1% because that is their end goal.