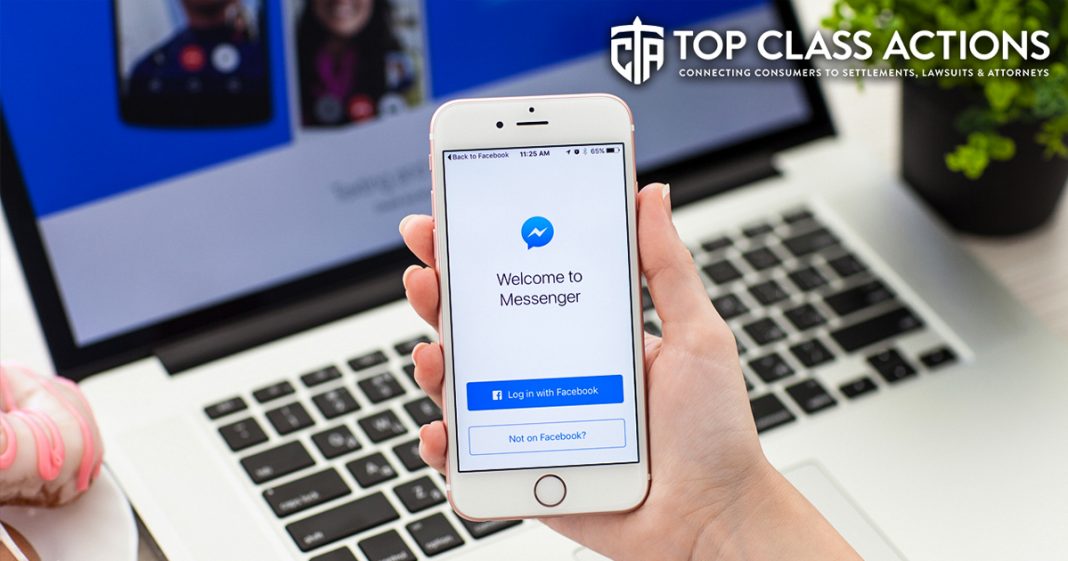 A judge recently decided that Facebook must face a class action alleging that the Messenger app records call and text logs of Android users. Facebook attempted to dismiss the Messenger class action, arguing that plaintiffs in the case failed to show that their call and text data was gathered and sold without consent. U.S. District Judge Richard Seeborg recently rejected this argument and said that Facebook cannot escape claims that they violated Android users’ rights with their alleged data scraping scheme. Ring of Fire’s Farron Cousins discusses this with Scott Hardy from Top Class Actions.

Farron Cousins:                  Facebook has gotten a lot of really bad news in the last few weeks and it kind of all started when it was announced that the company was going to be investigated by at least eight different state attorneys general into possible antitrust violations. That may have been the biggest story regarding Facebook, but it certainly was not the only legal problem that this company is facing right now. And joining me to talk about one of these other issues that’s just as important is Scott Hardy with Top Class Actions. And Scott, of course, I’m talking about something you and I have discussed plenty of times in the past and that is our privacy on these social media websites, particularly Facebook and their data scraping of their messaging app. Tell us what’s happening with this lawsuit here.

Scott Hardy:                          Right, and so you had people who downloaded the Facebook messenger app, gave it approval to get to, to copy their contacts so they can message their contacts through Facebook messenger, not knowing that Facebook was also going in there and scraping call logs, calls dialed, called received, going through text messages. Facebook was going through their phones without their permission and that’s what this class action is about. The thing is Facebook already escaped a part of this class action because there was the Facebook Lite app and Facebook Lite was thrown out because they had the right permissions within and the disclaimers within that app. And so judge said, hey, all right, that’s out. But looking at Facebook messenger itself, consumers did not approve the app to take a look at their calls, their dialed, received, take a look at their text messages and send all of that data to Facebook to be sold and marketed.

Farron Cousins:                  What’s really disgusting to me about this particular issue with the Facebook Messenger is that, it was only a couple of years ago that messenger came out because Facebook announced, hey, for our mobile users, we’re no longer going to let you use the Facebook messaging service that you have on, on a desktop computer. So if you have the Facebook app and you like messaging people back and forth on there, you’re going to have to download this separate program. And so they downloaded the separate program and that’s when Facebook said, ha, we gotcha. But they made this change.

This, this was intentional, you know, and, and now all of these people who have it have had their data most likely scraped by this company. And it’s not just what’s in your messenger app, it’s what else is on your phone. So they’ve extended beyond just their own app and they’re trying to take whatever they can grab while you have it open. They’re in the rest of your phone rooting around it and that’s absolutely disgusting on behalf of Facebook here.

Scott Hardy:                          Right, I mean, we know Facebook is profiting from all the data, all of the user data that they’re selling through like Cambridge, Cambridge Analytica, and that scandal. Facebook is taking all this data as much as they can and sending it out to marketers, sending it out to be sold and that usage data to be sold and make a big profit on it. And if they are doing that without the permission of their users, that’s a huge privacy violation. I don’t see them escaping completely here the Facebook messenger class action, because this Facebook messenger class action lawsuit is so, it’s, it’s relatively simple.

We already know that Facebook messenger grabbed your data off your phone and like you said, it wasn’t just the Facebook messages themselves. No, this was call logs and that is just blatantly illegal according to this class action. And it should be taken care of and resolved and hopefully Facebook messenger users will receive some kind of compensation for this violation.

You know, maybe we weren’t clear that we meant all of their usage data. Maybe they thought as it only applied to Windows. But no, you have your contacts on that computer, you have your emails, you have your browsing history, everything that you do on that device, the, the tablet, the phone, the computer, it’s all usage data. So do not ever say yes, I want to share that with a corporation.

Farron Cousins:                  Yeah, I, you know, I think the ones that pop up on Apple devices are yeah, we, you know, help us make your experience better. No. Help us profit off your data is what that thing should say. Folks always say no. And for more information about this particular issue with Facebook, follow the link in the description of this video. Head on over to Top Class Actions, and while you’re there, make sure you sign up for their weekly newsletter. Scott Hardy with Top Class Actions. Thank you very much for talking with me today.