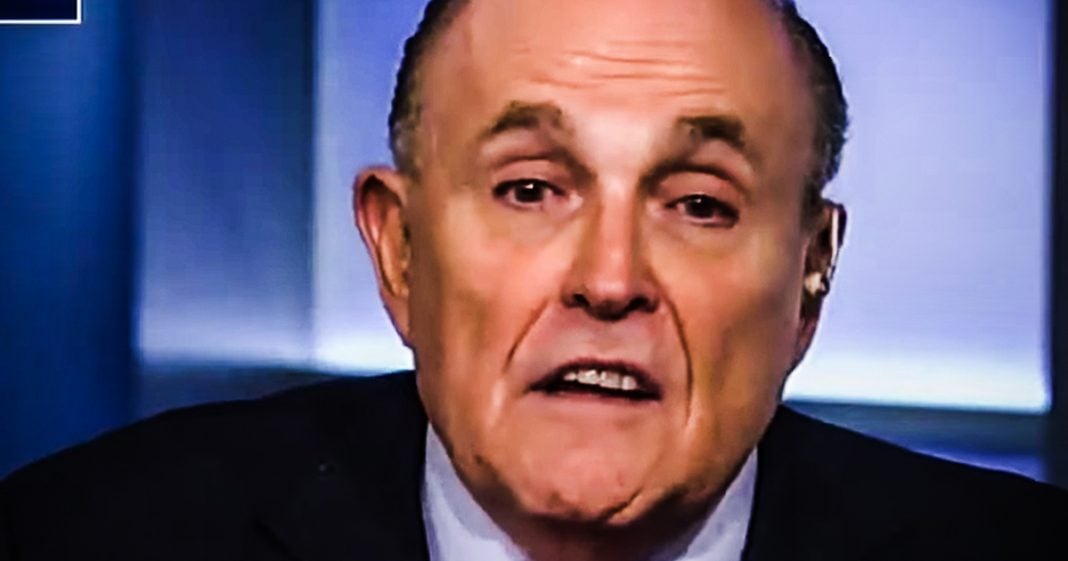 According to a report from Fox News host Chris Wallace, Trump’s personal attorney Rudy Giuliani had been trying to get certain Fox News legal commentators to join his team in order to dig up dirt on Joe Biden. While there’s nothing illegal about this, it certainly lends more credibility to the claims that Giuliani was working on behalf of Trump to take down Biden by any means necessary. Ring of Fire’s Farron Cousins explains what’s happening.

*This transcript was generated by a third-party transcription software company, so please excuse any typos.
So a Fox news host, Chris Wallace had a pretty interesting day yesterday in addition to him telling a Stephen Miller to stop with the rhetoric when Miller would do nothing but drone on about the deep state. Chris Wallace also uncovered a little bit of a scandal that apparently was taking place at his own network. So kudos to you Chris Wallace, because this one, this scandal you, you uncovered a kind of a big one and really, really hurts the president. And here it is. According to Chris Wallace, his own reporting on Sunday, Rudy Giuliani, Donald Trump’s personal attorney had been working with two Fox news pundits, not paid hosts, but contributors. Legal contributors had been working with these two people to help dig up dirt on Joe Biden with regards to the Ukraine to turn it over to the president. And these two human beings working at Fox news who were working with Rudy Giuliani working for the president are Joseph Diginovia and Victoria Toinsing. They were working for both Fox news and for the president of the United States. Now here’s the thing, folks, there is nothing illegal about that at all. Not a single thing. Nobody from Fox news is in any danger of being prosecuted for anything because of this involvement. But this is a big but, huge, massive. This story proves that Donald Trump was desperate and would go to any measure. He felt necessary to dig up dirt on Joe Biden, kind of like what he did with Ukraine. So if he was out there and according to Wallace’s own reporting, these two Fox news pundits with Rudy Giuliani reported directly to the president himself. If he’s willing to snatch people up from Fox news or have Rudy go snatch people from Fox news, he was willing to send Rudy Giuliani over to the Ukraine to start talking about this. There is no doubt left. There is no question in my mind whatsoever that this was a 100% illegal action on behalf of the president and that is based on this new evidence for a similar yet seemingly unrelated event. Folks, this proves that Donald Trump was desperate to get dirt on Biden. Desperate people can do a lot of foolish things. They can do a lot of dangerous things, and in many instances, the more desperate you are, the more willing you are to actually break the law. Now again, what happened with this story that Wallace broke, there is nothing illegal about that. These are United States citizens. They were, you know, digging up dirt on a political rival off the clock. The president, as far as we know, was not paying these people from, uh, for their service. But it does help corroborate the fact that Donald Trump was desperate and that he would do anything he felt necessary to take down Donald Trump. And though not illegal here, I guarantee you this story is going to be used by the Democrats to help push this narrative that Donald Trump was hyperfocused on. Joe and Hunter Biden.