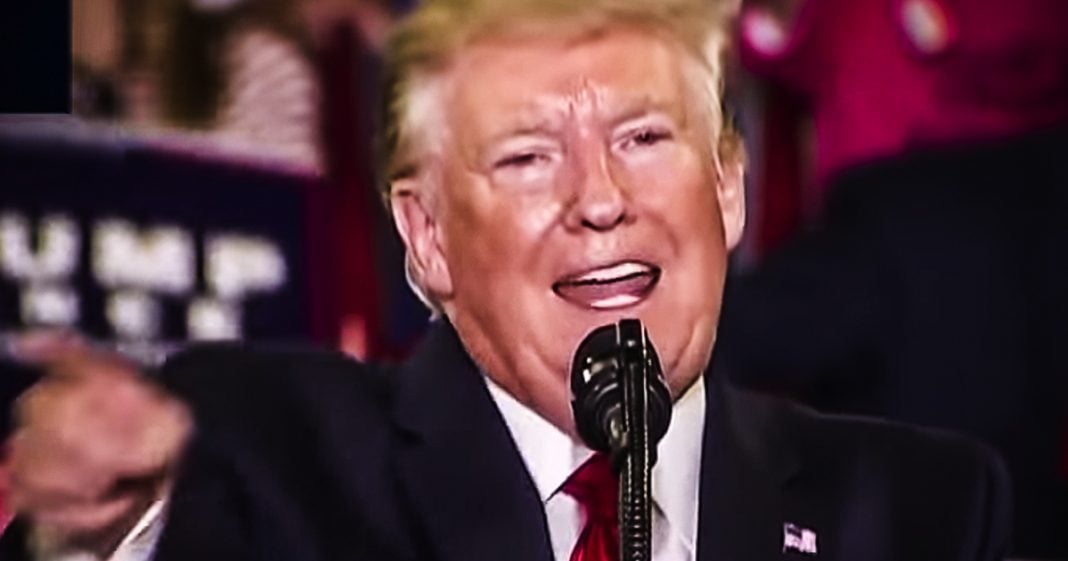 Donald Trump thought he could survive the impeachment storm that is brewing, and just one week ago he may have been right. But things are happening fast, and the publics’ opinion on impeachment is no exception. According to the latest round of polling, a majority of Americans now support the inquiry, which is a complete reversal from this time last week. Ring of Fire’s Farron Cousins discusses this.

*This transcript was generated by a third-party transcription software company, so please excuse any typos.
So here’s some bad news for Donald Trump. In spite of the fact that he sent over 100 tweets in a 36 hour timeframe over this weekend defending himself from the looming impeachment inquiry, uh, public opinion polling in the last seven days has already shifted. Most polls show that a plurality of people in this country do support the impeachment inquiry. A couple showed that a majority support the impeachment inquiry and those that actually have it tied for and against. Last week they were all most against, a few for. In every single poll that has come out within the last seven days. Support for impeachment and the impeachment inquiry because sometimes they ask the question differently. Support for both of those things has gone up. Support for not doing anything about the president’s crimes has gone down in one week. Folks. Now I remember talking last week where you had I think two or three polls at the time, maybe four that after three days they showed a plurality, wanted Donald Trump to go through the impeachment inquiry. Now we have every single poll that has come out, nearly a dozen polls in the last seven days have shown that, yep, the public’s getting angry, the public’s getting curious, and the public is increasingly starting to think that Donald Trump broke the law. Now what does this mean. Now much? I mean, let’s be honest, this really doesn’t mean much at all except that it also means quite a bit. And here’s why. Republicans have the numbers in the Senate to immediately kill any talk of impeachment. You would have to flip 20 Republicans in the Senate in addition to making sure that all your Democrats were in line. I’m looking at you, Joe Mansion, uh, in order to convict and remove. So why do these polls even matter? Well, they matter because the more the evidence comes out, the more these polls are going to shift in. The public is going to support impeachment and impeachment inquiries even more so than they do now. If that support for the impeachment inquiry is not matched by, say, a Republican Senator representing a state like, Oh, I don’t know, South Carolina, then that Senator Lindsey Graham is going to suffer. They’re suddenly going to find themselves at odds with their own constituents and not just on, you know, the big issues like healthcare and climate change and things like that. They get to find themselves at odds with their own constituents about the future of the Republican party and their poll numbers are going to start to dip. And that I believe is when we could start seeing Republicans flip, are we going to flip 20 I’d like to be optimistic and say, yes, but I’m going to be realistic and say absolutely not. But we will flip some, and these poles with how fast they have shifted, or a very good indication that at least some Republicans are going to feel enough pressure pressure from their constituents to flip their position and vote to convict.