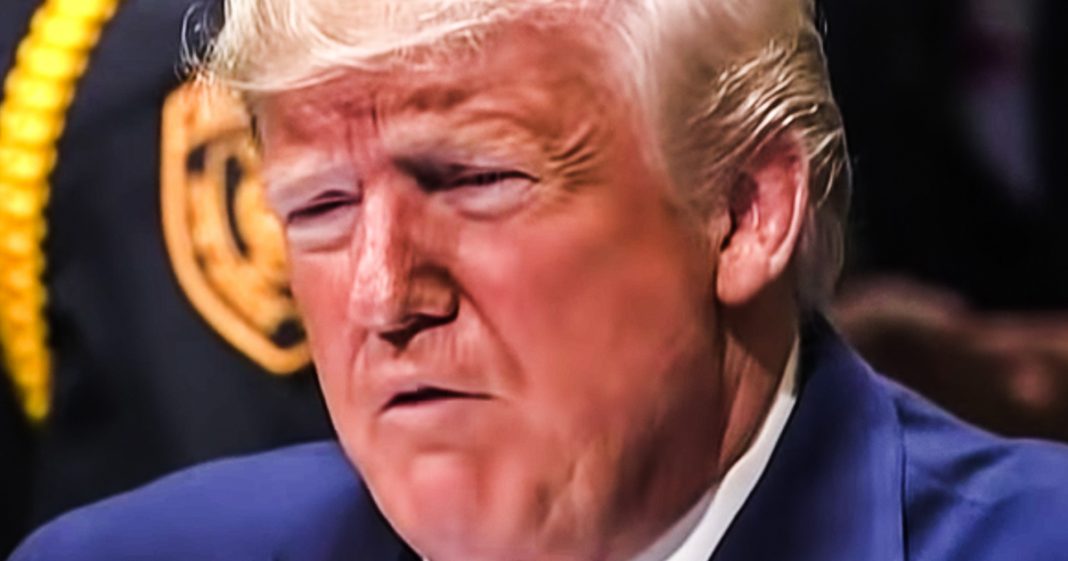 Almost immediately after Trump released the transcript of the Ukraine call on Wednesday, his aides were already warning that it was a huge mistake. And they aren’t wrong. Trump thought that the transcript, which wasn’t even a full transcript, would vindicate him, when in fact it just made him look even more guilty. Ring of Fire’s Farron Cousins discusses this.

*This transcript was generated by a third-party transcription software company, so please excuse any typos.
So we’ve been wondering a lot this past week. Why on earth Donald Trump decided to release the, a summary of that phone call he had with the president of the Ukraine on Wednesday. Why on earth would he release this thing that showed that he did all of the things that he had been accused of doing and well, here’s part of the reason. Apparently everybody around him told him that this report exonerated him, that it was going to make him look better. That includes not just Republicans from Congress who came over and read it. Matt Gates was one of those folks, but also Trump’s closest aides in the white house. They saw the summary and they said, yeah, I don’t see any quid pro quo here. Let’s do this. Let’s release this and put this whole issue to bed. And then of course it was released and everybody who wasn’t working directly for Donald Trump clearly saw the quid pro quo. So then Trump’s aides realized, Oh we did something stupid like we have done so often in the past and almost immediately according to a new report from Axios, those aides regretted their decision. They kind of had one of those Oh shit moments. Cause that’s what that was. They suddenly realized outside the light of the white house that yes, this is a very damning report and that it made the president look guilty as hell because it absolutely does. But Trump still is out there insisting that this transcript, which isn’t even actually a transcript, it’s a summary. He claims it exonerates him that this is somehow good. And I think the reason for that is because this man, honest to God, doesn’t think he did anything wrong. It’s a psychological issue at this point. Trump, honestly, he knows what he did and he knows he did what he’s accused of doing. He just doesn’t think that it’s wrong to do it and that’s the problem. He doesn’t know right from wrong. That’s why he admitted as the whistleblower pointed out at that Stephanopoulos interview early in the summer that, yeah, F a foreign power offered me help. I think I’d take it that that’s illegal. Can’t do it. but he still said he’d do it because he doesn’t understand the illegality of these things. We have a president of the United States today that honest to God cannot differentiate in his brain right from wrong. It’s not that he knows what’s right or wrong and chooses to do the wrong thing. It’s that he legit can’t tell the difference. That’s pathological folks, that’s diagnosable and that’s probably one of the reasons we’ve had more than 100 mental health professionals come out since man was elected and tell us that there’s something wrong with him. Well, this is one of those things that is definitely wrong with this man because he in his aides and his Republican pals in the house and Senate, they thought this exonerated him because they much like him don’t quite understand the difference between right and wrong. The AIDS realized it shortly after they released it and saw the huge public backlash and realized, huh, maybe I should have looked at it a different way. Maybe I should not have released it or pressured him to release it because it did in fact mention all of the things that he was being accused of doing. Oops, but it doesn’t matter at this point. The president’s going to continue to insist that he did nothing wrong because in his brain, just like every other issue he’s involved in, he honest to God, believes he has, not in any way done anything that could be wrong or bad.