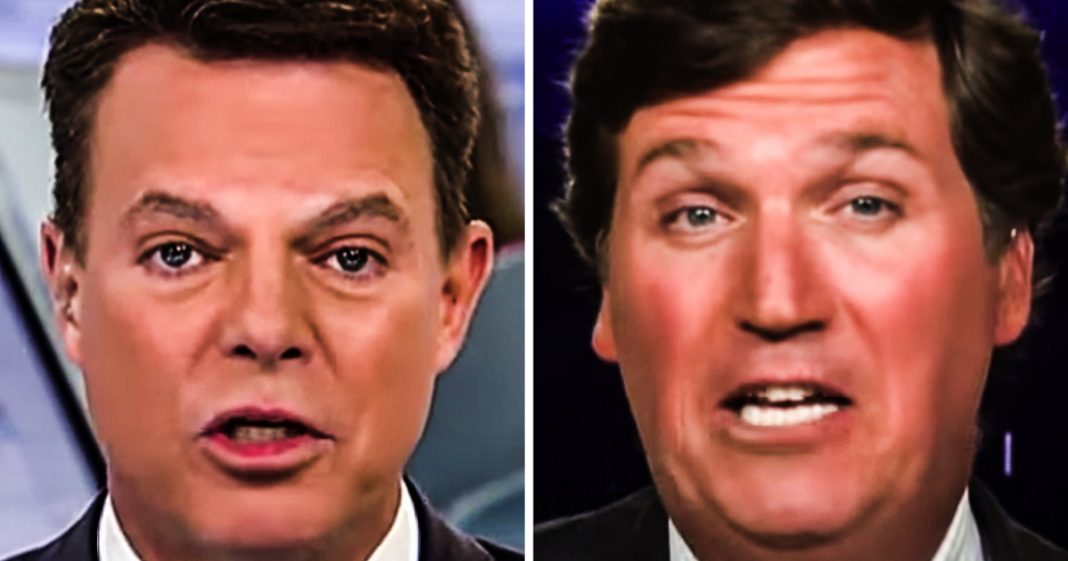 All Hell is breaking loose at Fox News. Between Paul Ryan telling the Murdochs that they need to abandon Trump, to the on-air talent going at each others’ throats, the network has been described as complete “bedlam” behind the scenes. Ring of Fire’s Farron Cousins explains what’s happening at the network and why it matters.

*This transcript was generated by a third-party transcription software company, so please excuse any typos.
According to a new report from vanity Fair’s Gabriel Sherman this week. Apparently behind the scenes at Fox news right now is absolute Bedlam and part of the chaos at the network has been caused one by Paul Ryan telling Laughlin Murdoch that they need to be prepared for a post Trump era at the network. The rest is caused mostly by the a whistleblower story. Now, half of it is that Fox news doesn’t know how to cover it. According to Gabriel Sherman sources at Fox news, even Sean Hannity has been saying this is really, really bad. And when Sean Hannity behind the scenes is willing to admit that something is really, really bad, then you can bet it’s probably even worse than Sean Hannity realizes. But there’s another little Fox news feud and this is a continuation of the feud that has been going on for months. And that is again, between the hard news division and the circus clown division, which the circus clown division is what they call their opinion and commentary part. But I think circus clown division is a much more apt descriptor and that includes the Sean Hannity’s, the Tucker Carlson’s. The Laura Ingram’s, the Bardo Romos and whoever the crazy woman is on the weekend, uh, judge Jeannine. Um, and then you have your hard news people who still lie most of the time, but that’s your Shep Smith’s and your Brett Bears. And apparently what’s been happening, uh, throughout the course of this week is that Shep Smith had Andrew Nepal Matano on the show who said, yeah, it looks like the president broke the law here. And then later on that same day you had Tucker Carlson bring on a guest who took swipes at judge Nepal Matano so then the next day you had Shep Smith come out and attack Cocker, uh, tuck. Wow. Tucker Carlson calling him repugnant. Um, basically really just letting him have it for lying to cover up for the president and Tucker Carlson fired back. But then according to Gabriel Sherman, sources of vanity fair, um, management told Shep Smith if you attack him again, meaning Tucker Carlson, your off the air. That is according to Gabriel Sherman source who works at Fox news. Although management said no, no, we didn’t have any direct talks with Shepard Smith. Not. We didn’t tell them you’re off the air if you attack Tucker Carlson. Again, it’s, we didn’t have any direct talks with Shepard Smith. So here’s the thing, the network is willing to protect right now, the biggest clown they have in their bozos stable, the one who only has a handful of advertisers left because he’s so insane and bigoted. They’re willing to protect him and not Shep Smith. The guy who’s not scaring off any advertisers. He, his show actually makes money tuck- Tucker’s is right on the verge of actually losing money at this point, but they would rather kiss Donald Trump’s ass by keeping Tucker Carlson than keep the one shred of credibility they have by keeping Shep Smith. That’s what that network has decided. They have decided that, yes, sucking up to the president is more important than being a credible news organization. They need to drop the news from their title right now because it’s not Fox news channel. It’s Trump state media channel and they understand that and a lot of people, the network, the bozos in the clown stable, they’re fine with that. They think that’s great. That’s what they want to be. This is apparently what they’ve dreamed of their entire lives, but the rest of the people, the Shep Smiths, you still have a little bit of credibility. You can escape, you can help go start your own YouTube page and while you’re at it, tell you what will get you a lot of subscribers right off the top. Go ahead and expose all the dirty little secrets that Fox news doesn’t want you to expose. That’ll attract a lot of people to your channel super quick. And depending on how successful you are, you might actually make more money with more free time than you were at Fox news. While you better run, while you still have a little bit of credibility left, because if you don’t, eventually they’re just going to shove you out the door because the clowns are demanding it.