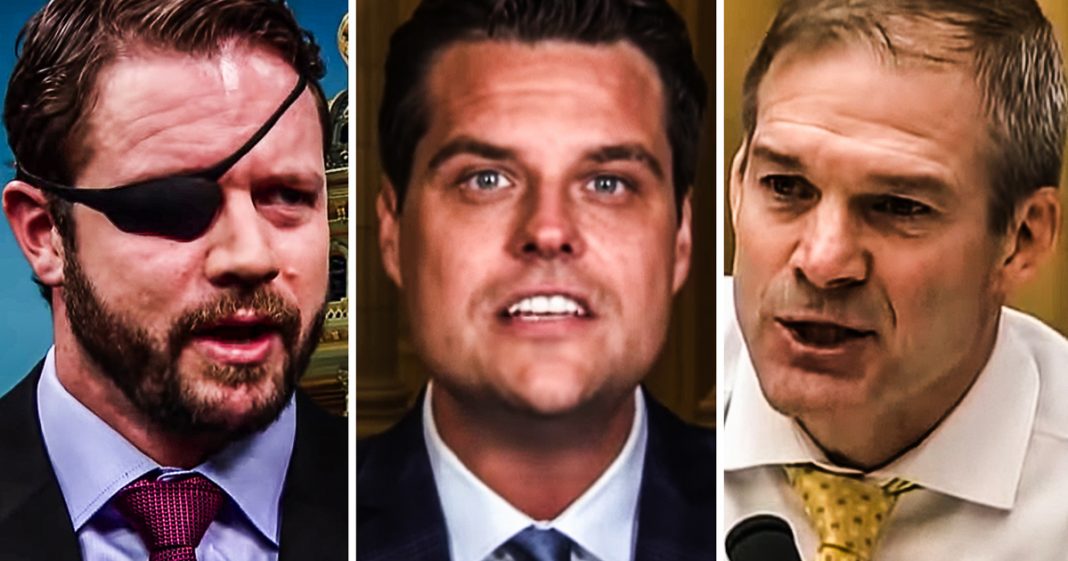 Beating Trump is high on the list of things Democrats want to do next year. In fact, it is at the very top of that list. But simply beating this madman won’t change the nature of the problems with the Republican Party, and could actually make them worse. Ring of Fire’s Farron Cousins discusses this.

*This transcript was generated by a third-party transcription software company, so please excuse any typos.
Recently, I read a phenomenal article by David Farris writing for the week where he talked about the fact that defeat defeating Donald Trump is not enough to change the structure to change what the Republican Party itself has actually become. Now, this is something I have seen others repeat this. We have said it plenty of times here on ring of fire. Other commentators have said at Josh Holland, uh, has been talking about this for quite some time to Chauncey D’Vega been talking about it. A lot of people we’ve had as guests on ring of fire, but we’re all kind of telling you the same thing folks. Donald Trump is not the cause of all of the problems within the Republican Party. He is merely the latest symptom to emerge. We have people like Mitch McConnell, who long before Trump was ever securing, securing the nomination, was holding a supreme court seat vacant on the off chance that a Republican won that 2016 election paid off for McConnell. But that wasn’t Donald Trump doing that. That wasn’t because of Donald Trump that it was done. That was just good old republican obstruction trying to circumvent the constitution and the powers of the presidency. A couple of weeks ago, as Ferris pointed out in the week, you had Republicans in the state of North Carolina who on 9/11 when all the Democrats went to the 9 /11 memorial, the Republicans went into Congress in essentially you served power in that state. It’s disgusting. We’ve seen Republicans all over this country long before Trump ever even decided to run for president slashing school budgets, destroying teacher’s unions, enacting these racist voting id laws, committing voter purges, kicking people of color off the voting rolls because, oh, we thought you were a criminal. We thought you were a felon and therefore couldn’t vote. This stuff has been going on long before Donald Trump and it’s going to be going on long after Donald Trump getting rid of Trump, which does seem to be the number one priority for a lot of Democrats out there. That’s all they care about is who can beat Trump. It doesn’t matter folks. The question is who can beat the Republican Party? Who can change the way they are? Who can get them to come to the table, smack them across the face if you need to, but tell them to stop being the way you are. Nobody’s going to do that. Nobody can do that obviously, but something fundamentally has to change, has to shift within the Republican Party and for those out there thinking that, well, yeah, it’s just the old, old, old white guys that are the problem. Can I direct you to my district right here in the state of Florida and introduce you to our representative Matt Gates? Matt Gates is the youth of the Republican Party right now in Congress, and he’s no different than Mitch McConnell is. No different than Lindsey Graham or Jim Enihof. Matt Gates is the future of the Republicans in the future is even worse than the current incarnation of the Republican Party. Jim Jordan’s out there doing the same kinds of crap that Matt Gates is and there’s tons of them. Dan Crenshaw, one of the worst of the worst. There is no future for the Republican Party. The only thing that could stop them is the new generation of voters who overwhelmingly are rejecting the ideologies of the Republican Party itself. And that’s the only way to beat them, not just get rid of their president, cause that’s just going to piss them off. Not Saying we shouldn’t do it, we 100% should, but that’s not good enough. The voters have to show up. The voters in my district who are being harmed by Republican party every day have to say, Matt Gates, you’re Outta here. We’re going for the Democrat for the first time since the early 1960s and maybe that’ll make things better around this place. Same thing all over this country. You want to change the Republican Party, then you got to vote the psychopaths out of office from the bottom of the ticket all the way to the top.