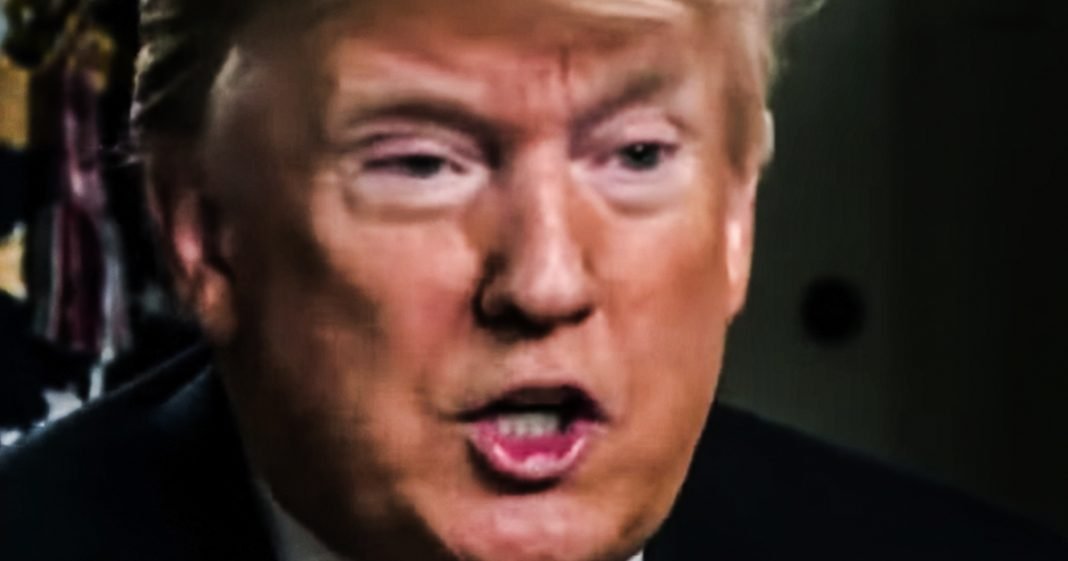 The Trump administration announced their plan this summer to kick roughly 3 million people off of food stamps by changing the way poverty is calculated, and new reports show that this move would result in about half a million children being kicked out of the free school lunch program. This is a heartless, disastrous plan that will only serve to leave more children falling behind in their classes. Ring of Fire’s Farron Cousins discusses this.

*This transcript was generated by a third-party transcription software company, so please excuse any typos.
I know it’s easy to get distracted by all of the hoopla going on in Washington, D C about impeachment and the Ukraine phone call and Joe Biden and Donald Trump and Giuliani and William Barr and all of those folks. But let’s not forget that even though all of that is happening, the president is still making and setting policy. One of those policies that was announced over the summer is that there’s going to be about 3 million fewer people on food stamp assistance here in the United States because the Trump administration is going to, uh, basically change the way that we count poverty. They’re gonna change math so that fewer people receive federal assistance through the snap program, a report came out earlier this week showing just how devastating that would be. Not just because obviously you’ve got 3 million people who would basically have to wonder every minute where their next meal was gonna come from. But also because snap benefits are one of the main ways people qualify for free and reduced school lunches. By changing the math and kicking people off food stamps who need to be on food stamps, they will be taking free school lunches away from roughly half a million students here in the United States. Now Bernie Sanders immediately came out and ripped this decision by the Trump administration to shreds using this new data. We have about half a million kids losing free lunches and he made some really awesome points that bear repeating. First and foremost, this is actually going to gravely affect test scores for children. And he explained it in such a way that, think about it this way. If you’re a child and you’re starving and you don’t know where that next meal is gonna come from, cause now you can’t get it at school when you know it’s not coming from home. It’s a little hard to focus on your math test. You know, it’s a little hard to focus on geography or science or reading when your stomach is grumbling and you’re in pain and your brain’s not even functioning properly because you haven’t had any nourishment possibly for days. And people think that’s an exaggeration, but truly it’s not. You know, Mike Rogers, um, one time explained it to me in a way I actually, I think he explained it to everybody via Facebook posts, but it was phenomenal the way he explained the fact that a lot of people don’t understand why it takes so long for them to make the decision to cancel school when there’s a, a snow day or a hurricane day, whatever it is. And it’s because for a lot of people in certain areas, their kid going to school that day might be the only meal that kid gets. And that’s why it’s important to close those schools unless it’s absolutely a necessity. Because when you do that, you do end up with kids who don’t get their food a food that day. They get nothing. And the Trump administration wants to make sure that more children in this country get nothing, that more children in this country go hungry right now. One in seven children in this country suffer from food insecurity, meaning as I mentioned, they don’t know where their next meal is gonna come from or when it’s going to come. One in seven Now for the richest country in the world for all this economic prosperity that Donald Trump talks of, that’s completely unacceptable. We have to do better, but we’re not going to do better as long as Trump and the Republicans control any branch of the federal government.