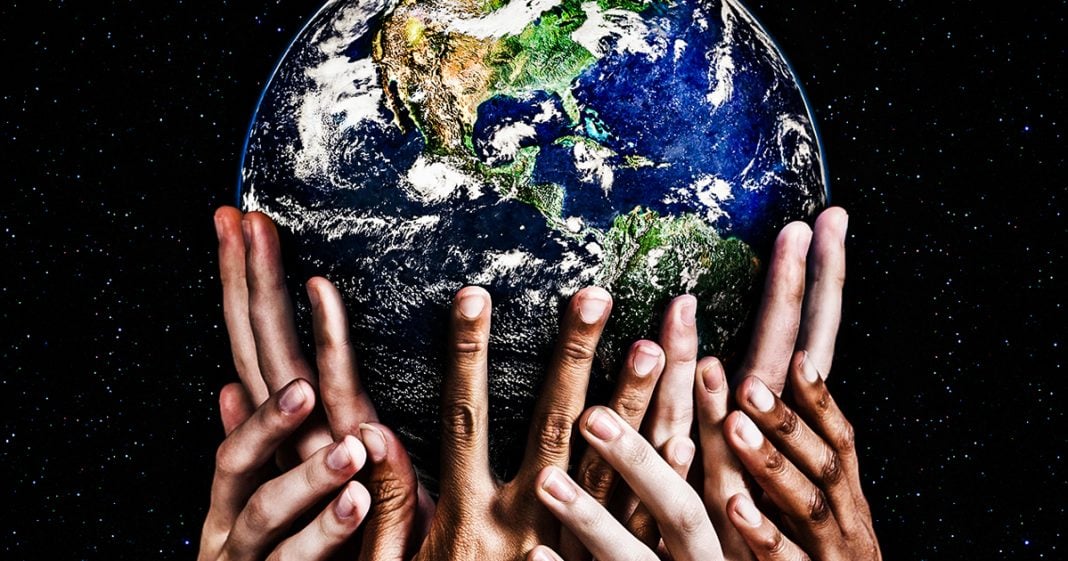 On Wednesday, the U.N. released a report on climate change that cited more than 7,000 studies, and it offered a very clear message: Nearly everyone from everywhere is going to have to make some adjustments in order to prevent some of the worst case scenarios about climate change. This is 100% doable, as long as we get leaders in power who are willing to take this report seriously. Ring of Fire’s Farron Cousins discusses this.

*This transcript was generated by a third-party transcription software company, so please excuse any typos.
So obviously yesterday was a fairly big news day to say the least. But what also happened yesterday on Wednesday was that we got the special report on the ocean and cryosphere in a changing climate. The SROCC from the United nations telling us, warning us, yet again that we’re in deep trouble if we don’t do something about the changing climate and rising sea levels. Now let’s start with the very bad and the very scary with this report. They’re telling us that sea level rise of 29 to 59 centimeters at this point because of years of inaction, decades of inaction, 29 to 59 centimeters is unavoidable absolutely unavoidable, but silver lining, if we take action, that would be where it stops. You know, maybe we just hit right at that 29 centimeter Mark, which is going to cause some damage. It is going to uh, you know, be bad. But 29 is better than 59 and 59 is still better than a hundred. So we have to take action now. We have to do something. The very worst effects of climate change can be mitigated. They can be prevented. And that’s what we have to get through our heads. We can’t look at this through the lens of gloom and doom and Oh my God, we’ve screwed the planet. And we’re, we’re F’ed as a, as a species, we’re not, we’re innovative. We’re creative and we’re headstrong and stubborn. And the stubbornness is our biggest weakness right now because this new report from the UN, which by the way had more than 100 experts from 36 different countries reviewing more than 7,000 different studies on the issues. It tells us that we’re all probably going to have to make some changes in our lives in order to hit the goals, to avoid the bad things. That’s another bad part of the thing is that yeah, it does say, listen, all of us, not just every American, not just every ah Chinese person, not just everybody over in India, every single person from every single place and every single inch of the globe. We all got to do something. We all got to be involved, right? We can’t just sit back and say, well, our government’s not doing anything. So I guess I have no responsibility to do anything. Oh well there’s only a hundred companies that are responsible for 71% of global emissions. So, so they’re the biggest problem and they are the biggest problem folks. Let’s not kid ourselves about that. They are, that’s obvious that’s in the data. But this report says we’re all going to have to do something and yet it does start with a, with the corporations, it does start with the governments, but that could be us making the decision to buy a more fuel efficient vehicle. You know, those kinds of things. Buying a hybrid vehicle or buying an all electric vehicle, you know, cutting out meat two or three nights a week. Something as simple as that. Those are the kinds of small sacrifices that most people are able to make. Maybe not with the car thing, because I know people are struggling and you’re not necessarily able to go buy a new car. I’m certainly not. But cutting out meat a couple times a week. Yeah, that’s doable. Why not? Let’s do it. Let’s do what we can to help you know, making sure that we are recycling, making sure that we’re being as green as possible. Those little steps add up. You’re not just one person doing it. You’re one of billions that would be doing it. But yes, obviously we cannot address the problem at all and less. We hold these companies accountable, and unless our governments get rid of the people who say that climate change isn’t real, but that’s where the hope in this story lies. That’s where the hope and the entire climate change story itself lies. The scientists are there. They’re telling us, they’re warning us. We have the information. They’re not hiding the data. They’re giving it to us as a weapon. Use this, use this data, and get rid of the people who say, the data’s not real, and put people in who accept that this data is real and let’s fix this before the worst effects start rolling up into our country.