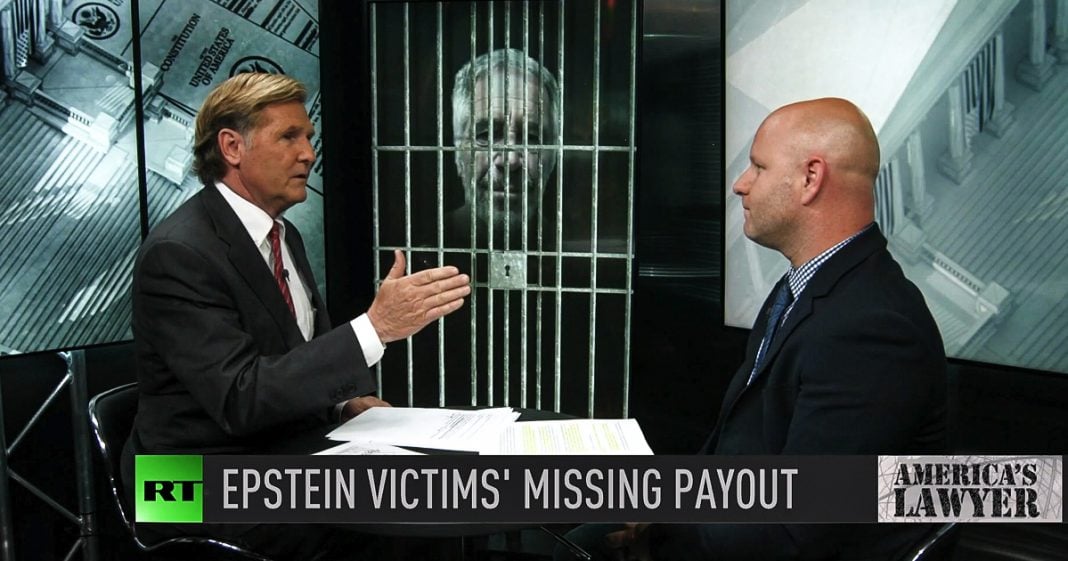 Mike Papantonio:             A South Florida judge ruled last week that victims of Jeffrey Epstein cannot see the original plea deal and they aren’t entitled to compensation after years of abuse. Tell, what’s your take on this case?

Farron Cousins:                  You know, usually when we see a ruling like this, the first thing we have to do is we got to, who is the judge? You know, what happened? What’s this judge’s history? Obviously there’s something bad there, but in this particular instance, the judge unfortunately had to do what the law said the judge had to do.

Farron Cousins:                  So you do sometimes end up with these very unfortunate situations. The judge basically had to say, listen, I said earlier this year in a ruling that this plea deal did violate the Crime Victims’ Rights Act, but unfortunately I’m also not going to violate that and therefore I cannot undo the plea deal. I also cannot give you financial compensation from the federal government because again, unlike the prosecutors from before, I’m not going to violate.

Mike Papantonio:             Had it not been for Kenneth Marra opening this entire thing, the criminal prosecution would have not taken place. I can tell you had he not stepped up and said, look, I’m going to take a look at this Epstein cat, and everybody that’s surrounding Epstein, had he not done what he did, this whole thing would have disappeared. Now, of course, as you read media that doesn’t understand that Marra didn’t even have the, there’s, there’s no provision in the federal, in the, in the federal legislation that was relied on, the federal statute.

There is no provision that allows the US government to be sued for their failure to have the, have the victims involved in the plea deal. That’s just, he has to have something to work with. So he said, I regret that I can’t do it. He wanted to do, and it’s very clear. This is a judge that has, has been all in on making sure that not just Epstein, but all the other bottom feeders that surrounded Epstein are going to have a day in court, which they will. This doesn’t stop them from having a day in court does it?

Farron Cousins:                  You know, this, hey, I can’t do it for you here, basically is what he said. There’s other avenues you can take. There’s other lawsuits happening. There’s other venues where this is going to unfold and you, if you become a part of that, you know, that that may be your path forward. And so it is one of those rulings again, it’s super unfortunate. It does seem unfair, but the judge did in fact follow the law and maybe that’s where the change needs to happen, with the actual Crime Victims’ Rights Act itself. Maybe we need to expand it and strengthen it to really give these victims, you know, their day in court.

Mike Papantonio:             One, one thing that was clear, there is nobody looking at this that says again, the department of justice blew it. Okay. How many times have we said that story after story where we say, my God, what is up with our department of justice? They blew this just like they’ve blown, you know, the opioid issue. Just like they’ve blown so many times. How about the burn down Washington, the Wall Street burned down, 2008, Department of Justice prosecuted nobody. So the question then becomes, at what point do we say the Department of Justice, do your job?

Send a message, a strong message to the next person that might be as awful as the Epstein gang and maybe we can, maybe we can stop some of this. It’s like, it’s the same thing we face all the time with white collar crime. We don’t perp walk them and they need to be perp walked. They’re no different than anybody else that commits a crime. But for some reason our culture and the Department of Justice in particular looks at them differently.

Mike Papantonio:             And they say, oh, well we can’t go after them. They’re too, it’s too complicated. The Department of Justice knew everything that this freak had done. They knew everything that this Epstein freak had done. They had all the material, they had all the witness statements. They knew this guy was, you know, one step different from Hannibal Lecter. And so, but, and they had all that, but they chose not to do it because it was, it was, they were all white collar. You know, everybody that surrounded him, the Prince of you know, of UK, Prince Andrew.

Mike Papantonio:             The politicians, you know, all of these people that had this affluence, the Department of Justice needs to be house cleaned.

Mike Papantonio:             And what I mean by that is, you understand, just because a new president comes in doesn’t mean all the Department of Justice has changed.

Mike Papantonio:             Those same people, those same career prosecutors stay on year after year and they get so comfortable not doing their job. Thanks for joining me, Farron.