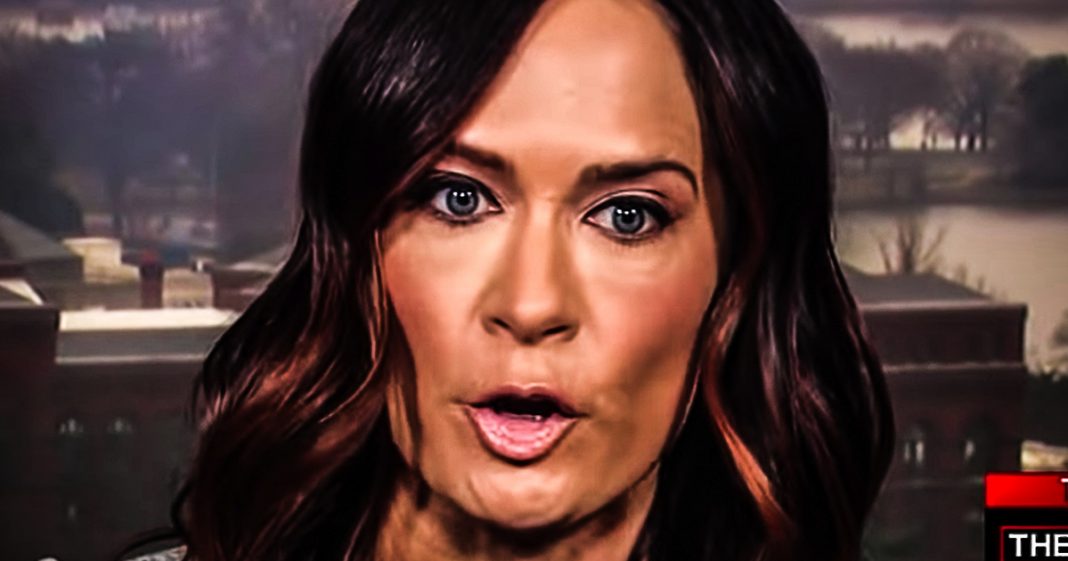 The key to staying on top of a scandal is to control the message. And that’s exactly what Trump’s White House was hoping to do when they sent around the talking points for Senators and Representatives to use when discussing the scandal. Unfortunately, they sent those talking points to the Democrats, who quickly pounced and showed the world how the White House was hoping to spin things. Ring of Fire’s Farron Cousins discusses this.

*This transcript was generated by a third-party transcription software company, so please excuse any typos.
The key to staying on top of any scandal out there in politics is making sure that you control the messaging and Donald Trump’s white house thought for sure that they had the messaging under control for this whole Ukraine phone call scandal that is leading to the impeachment inquiry. So yesterday, white house, ah crafted up some talking points and decided we gotta get these out to all of our Republican buddies in the house and Senate. So they all stay on the same page. They know what our take is on it, they know what to say about it, how to miss direct people, and then we’ll be on top of it. Unfortunately for the incompetent morons at the white house, they didn’t send it to the house and Senate Republicans. No, they sent it to the Democrats. Instead these white house talking points on how to spin the whole Ukraine scandal were sent to house and Senate Democrats. Now that’s pretty bad, right? But then it gets a little bit more embarrassing for the white house because then they tried that. A completely useless recall function that you find on a most email servers, which obviously doesn’t actually work unless you click on that button and click okay, so Democrats had this and now they also have screenshots going around of how the white house tried to recall those emails and failed miserably in the process. But to be honest, yeah, the Democrats having these talking points, I guess it does kind of help them cause they know exactly what these Republicans are going to say and true to form. The Republicans have stuck pretty much to those talking points, especially the people at Fox news. I’m assuming they also got copies of these because they’re all on the exact same message. And here’s the message number one from the talking points. No quid pro quo. None. The phrase quid pro quo was not uttered in that email or therefore there could not be any quid pro quo. I mean that’s literally what they’re trying to argue because I didn’t say the words quid pro quo, there wasn’t it? It wasn’t there. If Fox news has literally said that on the air within the last 24 hours a Biden’s the bad guy and his son Hunter, those are the bad guys. Those are the investigations that need to happen. But also we also need to work with other countries. Maybe even Germany. They suggested in the talking points to see if maybe Joe and Hunter Biden were doing this same thing in other countries. So they’ve moved on from misdirection to full-blown conspiracy theories that Joe Biden and his son Hunter, we’re running this scam all over the planet. But again, Republicans like that and Republicans are actually talking about it today. Uh, was, uh, the call was totally proper. That’s, that’s the big takeaway call was totally proper. Nothing illegal happened. This is just what happens when you talk to other world leaders. That’s not true though. And the president absolutely did ask a foreign power to interfere in our elections by digging up dirt on his political opponent and then giving it to him to use in the campaign. That’s what happened. He also offered up Rudy Giuliani and William Barr, the attorney general of the United States to help kind of, you know, speed things along a little bit. Cause after all the elections coming up, pretty soon Trump’s not going to weasel his way out of this. I mean he will likely survive impeachment, but he’s not going to be able to spin this in a way that’s actually going to resonate with the American public. Yeah, polls may be in his favor right now on impeachment, but those are going to change probably within the next month. Same thing happened with Richard Nixon and in fact more people at the time disapproved of Nixon’s impeachment than disapprove of Donald Trump’s impeachment. This isn’t the same thing. Nixon also had a very, a decent approval rating. Overall, Trump doesn’t have that and those polls are going to start heading South pretty quickly, especially with a White House as incompetent as this one is.