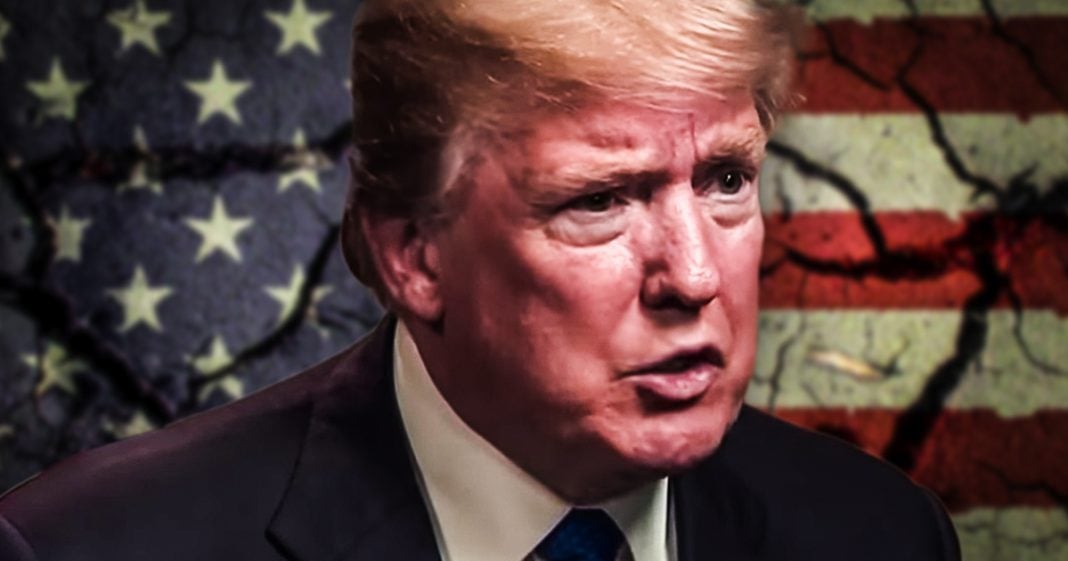 It is generally believed that impeachment is going to die in the Senate, but a vote that happened Tuesday evening might be putting that assumption to the test. Every single U.S. Senator voted in favor of demanding the White House release the whistleblower complaint to both the House and Senate, a vote that shows that Republicans are just as anxious as Democrats. Ring of Fire’s Farron Cousins discusses this.

*This transcript was generated by a third-party transcription software company, so please excuse any typos.
So there is a general consensus right now among ah pretty much everybody that impeachment is going to die in the Senate. And that’s a pretty great assumption to make. After all Republicans hold the majority, they have a big majority and in order to impeach the president, you got to have 67 votes in the Senate for conviction and removal from office. And Democrats just don’t have those numbers. And considering how nuts the Republican party is, I don’t think we could get 20 to turn. I don’t even think we could get all of the Democrats to vote for it, considering we have people like Joe Manchin and Doug Jones. So that’s gonna be tough. Or at least that was the conventional wisdom up until less than 24 hours ago, I guess when the Senate unanimously voted 100 to zero to force the Trump administration to release the whistleblower complaint to both the house and the Senate intelligence committees. Every single Republican in the United States Senate voted to demand that the white house turn this complaint over. I don’t want to read too much into one single vote, but this is a big one. That whistle blower complaint is what is at the heart of this entire scandal. The entire impeachment inquiry at the moment hinges on that whistleblower complaint. And if every single Republican in the Senate is saying, yeah, you have to turn that over, then what’s going to happen when they don’t turn it over? It’s a slap in the face from the white house to every single Republican in that chamber. And even though we have plenty of Republicans in there who will never turn on Donald Trump this vote, this unanimous vote gives us a glimmer of hope. Maybe there are some Republicans who are tired of this and let’s not forget folks, we have more Republicans almost twice as many Republicans up for reelection in the Senate in 2020 than we do Democrats. So Democrats are in a pretty safe position for 2020 the Republicans and the control of the Senate are not. So how are their voters going to feel when they see that long list of Donald Trump’s crimes and they see that the a man or woman running for Senate reelection in their state, the Republican voted to keep him in office in spite of all of that. That’s not going to sit very well with voters because you can’t win on your base alone. I’m sure actually there’s some senators who can win on their base alone and they’re going to be hard nose on any impeachment vote for dominant Donald Trump, but others, they don’t have the luxury of having a super majority base in their state. They’ve got to get the moderates, they’ve got to get the centrists and they’ve got to swing a couple of Democrats as well. That’s going to be tough when you vote to keep a criminal in office and those are the people that Senate Democrats right now need to be courting. I know the house has even barely scratched the surface on their impeachment inquiry. Haven’t probably even labeled all the folders yet, but it’s never too early for senators to get a jump on this. Bad things are going to start coming out about the president, and that taint is going to be all over every member of the Republican party who votes to defend it. Democrats, even though the minority do have the upper hand in the Senate right now, and yesterday’s vote shows that there’s cracks in the facade, and if Democrats are smart, they’re going to start working on those cracks today.