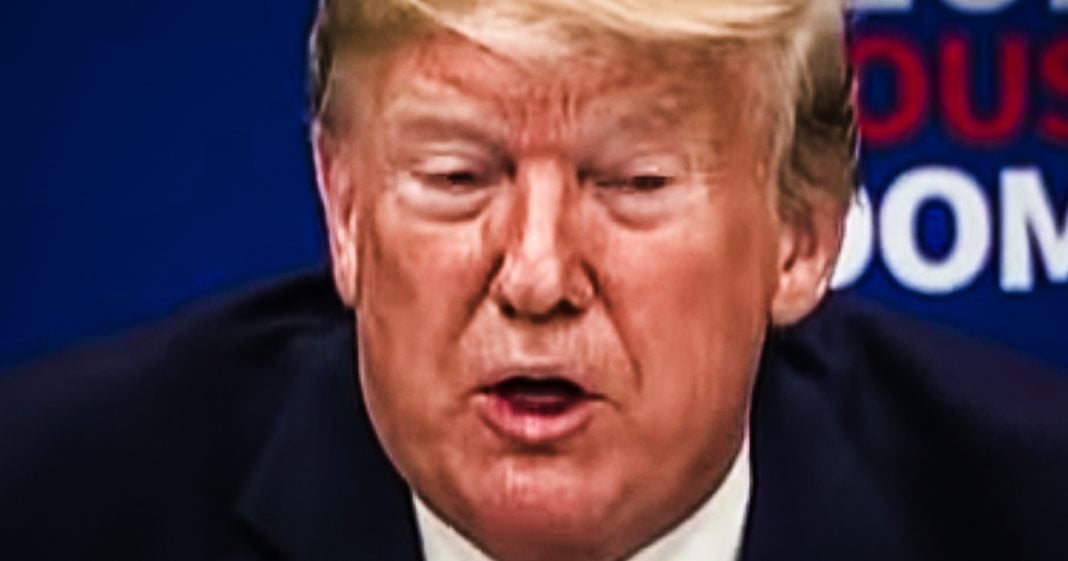 *This transcript was generated by a third-party transcription software company, so please excuse any typos.
Prosecutors in New York aren’t buying Donald Trump’s lawyers arguments that the president is completely immune from any and all prosecutions, indictments, investigations, and subpoenas, which is essentially what Trump’s lawyers argued in federal court. Last week in New York when they were trying to block the release of Donald Trump’s tax returns, which the Manhattan district attorney’s office issued a subpoena for, Trump’s lawyers said, Nope, can’t do that. Can’t subpoena a sitting president. Can’t indict him. Can’t even really investigate them. They said, so you can’t have them, and then prosecutors in the case on Monday filed a new motion in court saying, yeah, that’s not true. We absolutely can. He is a S citizen and we can do this because every US citizen, regardless of their stature or their office they hold is not immune from prosecution. But the prosecutors went a little bit further than just dismantling the arguments from Donald Trump’s attorneys. They also made it very clear that the decision of Donald Trump’s lawyers to file this motion in the federal court instead of over at the state court with the grand jury was also completely unnecessary, unfair, and should never have happened. Here’s what they had to say in their filing. To the extent that Trump is a valid challenge to the mazeares subpoena, it should be litigated in the New York court having jurisdiction over the grand jury that issued the subpoena. New York law affords equal protection against improper subpoenas, whether they be challenged under the United States constitution, which state courts must uphold or challenged as being in bad faith or for some other reason in valid. So basically Trump’s lawyers, uh, not Trump’s lawyer, excuse me, the prosecutors in New York are saying, listen, uh, we already have a court that’s handling this. We have a grand jury that’s sitting right now. So why on earth would they want to go to the federal court rather than our state court over here where we’ve already got the ball rolling and everything all set up. And they are the ones who issued the damn subpoena to begin with. Well, the reasons simple federal government has a little bit more sway, a little bit higher success rate in those federal courts. And that’s what Trump’s lawyers were trying to do. We want to move this thing over to federal court, we want to get rid of the grand jury because we know that’s going to end very badly for us. And we just kind of wanna, you know, let these federal judges that the president has complete control over, you know, let them see what they can flesh out. In this particular case, it’s not going to work. The judge, in this case a, the federal judge, actually, uh, the one who’s hearing the hearing that’s taking place today may have already finished, was appointed by bill Clinton. So this is a person who’s been on the bench quite a while. It’s not likely that this judge is going to say, you know what? Yes, let’s move the entire thing to federal case. A federal court, even though it is a completely state centered case. So if that ruling comes down the day, and the judge remands the case to the state courts and says, this is where it lives, Trump’s legal team is running out of options. They won’t have many things left. They can do to prevent the president’s tax returns from finally falling into the hands of competent prosecutors.