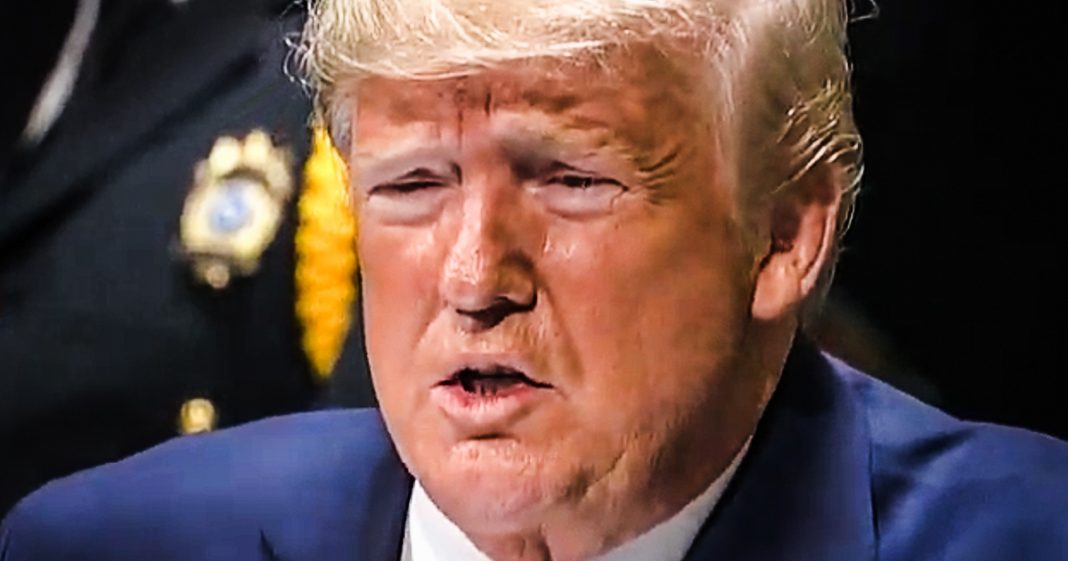 Donald Trump’s visits to the UN always seemed to end in embarrassment, and this week’s trip was no different. While talking to reporters after a meeting, Trump started whining about the fact that he hasn’t won a Nobel Prize and Obama did, and he then said that these awards are clearly rigged. Ring of Fire’s Farron Cousins breaks down all the reasons why Trump will NEVER win this award.

*This transcript was generated by a third-party transcription software company, so please excuse any typos.
Pretty much anytime Donald Trump goes and talks to a world leaders or the United nations, you can bet that he’s going to embarrass both himself and the United States. And yesterday when he was at the UN, he didn’t let us down and by didn’t let us down. I mean he didn’t let us down in the fact that he constantly embarrassing himself, which is exactly what happened while speaking to reporters after leaving a meeting at the UN Donald Trump said the following, he said, I wouldn’t get a Nobel prize for a lot of things if they give it out fairly, which they don’t. They gave one to Obama immediately upon his ascent to the presidency and he had no idea why he got it. You know what? That was the only thing I agreed with him on. I would have a Nobel prize if it was given out fairly, which it isn’t. God, could you sound more like a toddler? Like, Oh, the other kid in your class got a lollipop, but you didn’t because you had been in timeout five times that day and now you’re whining that. They weren’t given out fairly. But here’s the thing. We have seen Donald Trump’s supporters, especially on social media for for years now. Tell us that Donald Trump deserves a Nobel prize. Trump has said he deserves a Nobel prize. And to that, I got to ask folks for what. Legit for what? What has this man done that has bolstered or fostered peace throughout the world? And if you say North Korea, I’m going to reach through the computer screen and smack you right now. Because no, he hasn’t done anything with North Korea. They’re still testing missiles. They’re still building up their nuclear capabilities. And every time they violate the agreement that Trump couldn’t even get them to sign, he just says, well, you know, we didn’t really have an agreement. And then what they’re doing is fine. I’m okay with this. Whatever. So he’s backing down like a cowardly dog because North Korea isn’t playing by anybody’s rules, but their own. And they’re never gonna do anything that United States wants them to do. So explain to me how the president deserves a Nobel prize for that. Oh, he walked into the demilitarized zone. Well, kudos to you, Mr. Trump didn’t accomplish anything with it. But I guess you took a few steps where other people haven’t stepped so good. Not Nobel worthy but good. You want to talk about the middle East. You’re selling weapons to a regime over there and Saudi Arabia that’s turning around and using those weapons, either selling them to other bad guys or straight up using them to murder children and innocent people in Yemen. So going to have to go with no Nobel prize for that either. You’re also beating the drums of war. You’re sending more us troops to Saudi Arabia, uh, just in case Iran wants to, you know, do anything crazy so that we’re ready right then to launch that war that you so desperately want. So not going to get a Nobel for that. And other than that, what have you done? Your trade war? Yeah, that’s not Nobel worthy. Your tax cuts, I’m sure you’d like to think it’s Nobel worthy, but it’s not. So the bottom line is you can whine and cry to these other world leaders all day long, but you have done absolutely nothing to warrant even being considered for a Nobel prize.