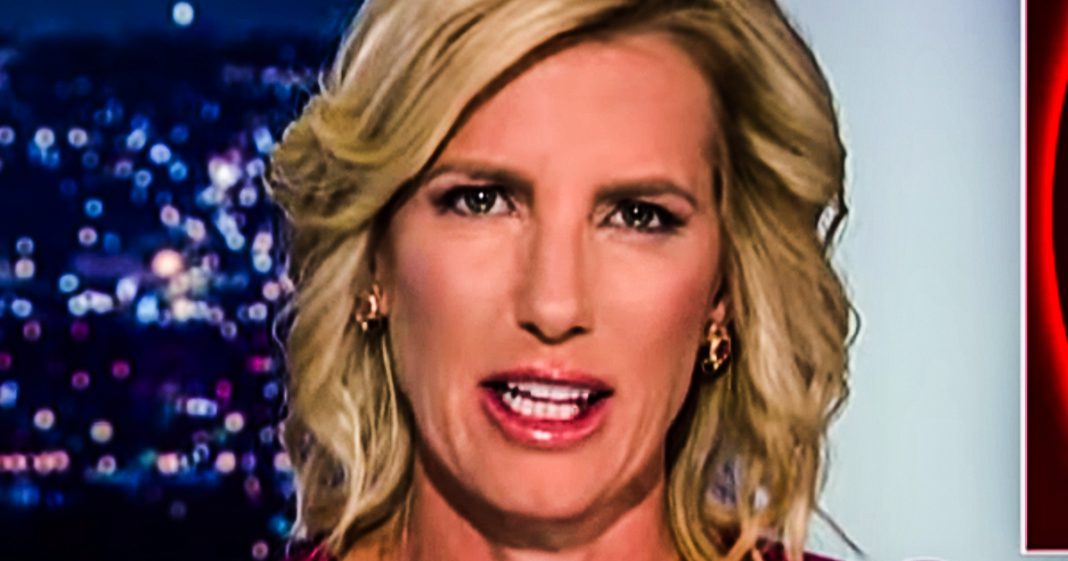 Republicans can’t stop themselves from picking on a child who just wants to make the world a better place, and Laura Ingraham is no exception. After comparing Greta Thunberg to Stephen King’s “Children of the Corn,” Ingraham’s brother Curtis came out publicly and condemned his sister, saying that obviously her paycheck is more important than leaving a habitable planet for her kids. Ring of Fire’s Farron Cousins discusses this.

*This transcript was generated by a third-party transcription software company, so please excuse any typos.
Earlier today we mentioned the fact that, uh, Michael Knowles from the daily wire podcast went on Fox news, attacked Gretta Thunberg and uh, then essentially got banished from the network. But Knowles wasn’t the only person on Fox news who decided to, uh, go after Gretta. You also had known hate monger, Laura Ingram in the evening who compared Gretta Thornburg, who again gave a fiery speech to the UN yesterday about the necessity of addressing global climate change. And Laura Ingram then compared her to Stephen King’s children of the corn suggesting that the next one would be children of the climate. And as I’ve stated before, Laura Ingram was not alone. You also had Daniche deSoza the, a former felon, by the way, who went out there and was attacking her on Twitter the other day. Many conservatives have come out, the president did it, and Colter did it. All of these conservatives are coming out attacking this young child because she wants to make the world a better place. Well, there was one person especially who got super pissed off about Laura Ingram’s attack on Gretta Thornburg and it happened to be Laura Ingram’s own brother Curtis following Laura Ingram’s clip. Curtis tweeted out the following, he said, clearly my sister’s paycheck is more important than the world her three adopted kids will inherit. I can no longer apologize for a sibling who I no longer recognize I can and will continue to call out the monstrous behavior and the bully commentary born out of anger. And that’s coming from Laura Ingram’s own older brother. And now this is not the first time that a Curtis Ingram has had to come out and basically refer to his sister as a monster. But even beyond what Curtis says here, which is spot on accurate, and it’s very sad that he essentially is losing his sister because she sold her soul to Fox news. But the other thing is that that selling of that soul, uh, the value of that may have just gone down a bit because let’s not forget that it was only what, not even a year ago. Basically when we had the mass Exodus of Laura Ingram advertisers, hell, it may have been just a few months ago, but all these advertisers left and then they slowly started to trickle back in because they thought everybody had stopped paying attention to it, Oooo there were safe. Now we can go back to Laura Ingram. Nobody’s watching what we’re doing. Yeah, we’re going to be paying a hell of a lot more attention now. And you’re going to get called out advertisers. So if you still think it’s a good idea to, uh, advertise your product on Laura Ingram’s hate hour, I would seriously reconsider that because we’ve seen what happened with Tucker Carlson. The public backlash led to a massive advertiser Exodus and his advertisers have not come back. Laura Ingram’s to an extent, not all of them, but some of them did. But I’m willing to bet in the next few days, we’re going to see more and more slowly trickle away. In fact, as I’m sitting here right now, other companies may have already announced that they’re leaving her show for good. And that’s the caveat we have to look out for for good, not just temporarily, not just for six months or one month, not just when they think the public’s not paying attention to the stupid and hateful things that Laura Ingram says, but forever. Because if you come back and you decide that, Nope, I do want to advertise on this show, because I think people forgot about the horrible attacks she had on that child. The next time it happens, you’re going to get hit even harder. So any corporations out there who may happen to be watching this, I suggest you tread lightly on this issue and you make a stand and stick to it because if you don’t, it’s only going to get worse from here.