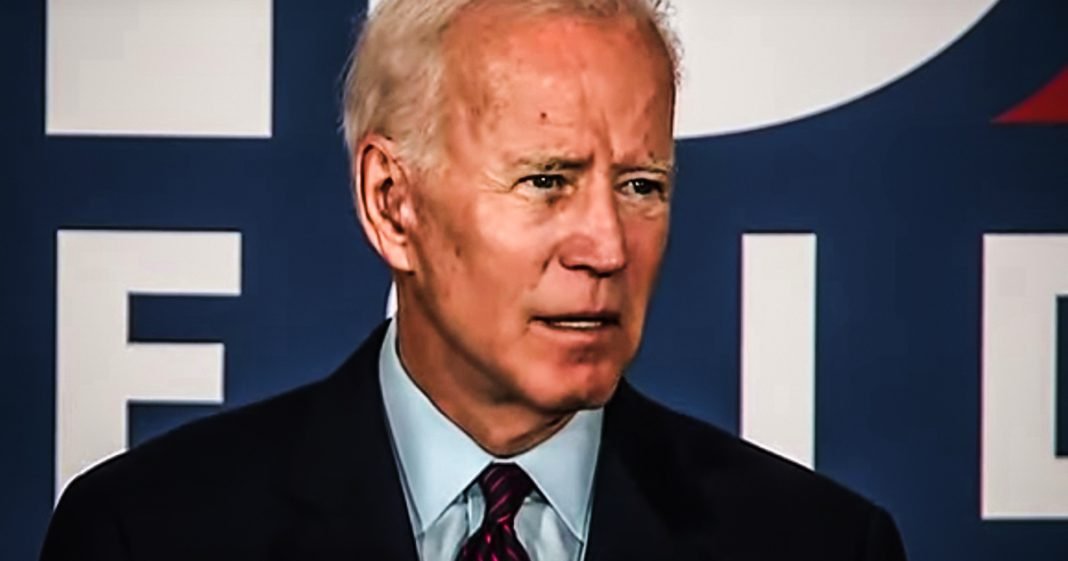 Former Vice President Joe Biden’s team is workshopping messages to help convince the public that Medicare for All is somehow a bad idea. They have teamed up with Third Way, the corporatist Democratic group, to help find a message that will turn people off the healthcare plan of Bernie Sanders for good. Ring of Fire’s Farron Cousins discusses this.

*This transcript was generated by a third-party transcription software company, so please excuse any typos.
Joe Biden hates Medicare for all. In fact, Joe Biden apparently really hates Medicare for all, which is why his campaign is teaming up with the corporate, a centrist think tank. Third Way in order to come up with a way to frame Medicare for all in a way that turns voters off. They recently, uh, Biden’s campaign teamed up with Third Way to conduct a survey to find out what words they could use, which way to frame the Medicare for all argument that would make the most people say, Oh, never mind. I don’t like that plan. Because prior to that, by a margin of 70% to 21% primary voters support Medicare for all. But those idiots over at third way said, we bet we can get that number even lower than 70% just watch. So then you had a woman by the name of Lisa Grove of Anzalone E list Grove research. Her husband or partner, excuse me, Johnny Anzalone. He is the chief pollster and advisor to Joe Biden. So Lisa Grove is the one who conducted the survey for third way, which was ultimately for the Biden campaign because her partner happens to be the chief pollster for Joe Biden. So there’s that little relationship, uh, fleshed out for you. And here’s what they found word for word here. The survey found the Democrats are most swayed to oppose Medicare for all when told it would cost American taxpayers three point 2 trillion per year, 51% of democratic primary voters said that they found that argument convincing while 43% said they did not. The poll also found that 51% of democratic voters said the argument that it would end Medicare as we know it was convincing while 53% said the claim that it would lower quality of care for seniors was convincing. And 51% said the argument that Medicare for all could expand wait times and limit access to medical specialists was convincing. So basically what Joe Biden is find a found out by paying the corporate centrists at third way is that if you lie about Medicare for all, then sure people aren’t gonna like it anymore. I’m shocked that they didn’t include something like what if we told you Medicare for all immediately gives you cancer? What if we told you that Medicare for all is going to kill your puppy? Would you support it then because that’s just as logical a thought as these other lies that they are posing in these surveys. None of this is true, folks. I did a video yesterday explaining all of these arguments and why they are all nonsense. Only to find out later that Joe Biden’s teaming up with Third Way, which by the way, if you ever want to lose a campaign, the best thing to do is go and work with the folks over at Third Way. They are phenomenal at losing elections because they’re so damn stupid and they don’t understand what the American public wants, let alone what the American public actually needs. They just want to make sure nothing ever changes, that the status quo remains the status quo. We don’t ever rock the boat. Corporations make a lot of money. Some people die because they have no health insurance or can’t afford their medicines, but corporations keep making lots of money and that’s what Third Wave is all about. Bunch of scumbags, and I’m starting to think that the Joe Biden campaign is really no different. That’s what this is telling me, but more importantly, we also have to consider the fact that we are not going to have to stop fighting these lies until the election, until after the election. In fact, until the implementation of Medicare for all, in fact, probably a year or two beyond that as well because the misinformation about this issue is going to keep on flying. And another point, and this is something I brought up months ago, Joe Biden’s never going to support Medicare for all because his good buddy, his former boss, Barack Obama created the affordable care act and Joe Biden would never do anything that would get rid of the affordable care act. That’s part of Biden’s legacy as well, and that’s why he can’t be trusted on the issue of healthcare. Even Obama has come out and said, yeah, I like the idea of Medicare for all to bad. His former buddy Joe Biden didn’t get that message.