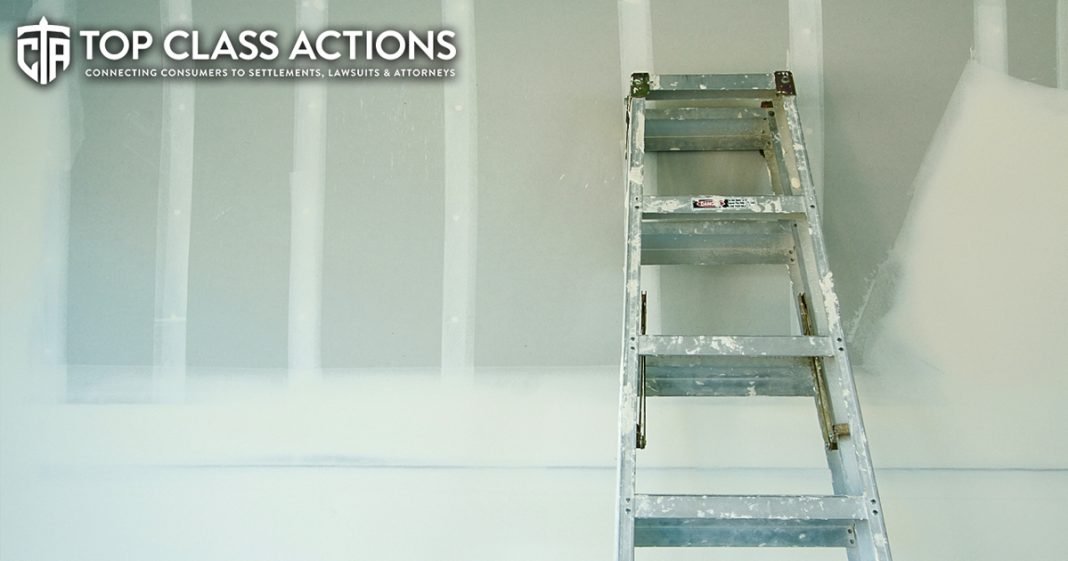 Three Chinese drywall companies have agreed to a $248 million settlement with customers, ending 10 years of litigation over allegedly defective drywall. Manufacturers including Taishan Gypsum Company LTD, Shangdong Taihe Dongxin Co. LTD, and Taian Taishan Plasterboard Co. LTD have agreed to settle with homeowners who claimed that they were negatively affected by defective drywall made by the companies. Under the terms of the proposed settlement deal, homeowners may be eligible for compensation for damage to property suffered, including property costs, and alternative housing required. Ring of Fire’s Farron Cousins discusses this with Scott Hardy from Top Class Actions.

Farron Cousins:                  For more than a decade now, lawyers and the plaintiffs that they’re representing, have been fighting a battle against Chinese drywall manufacturers. A lot of this drywall was installed here in the United States following disasters, Hurricane Katrina, for example. They needed more drywall than we had to offer. We turned to these Chinese drywall companies, get these homes rebuilt, get people back in. But this Chinese drywall came with a host of problems and finally, after a decade of fights, a settlement that has not yet been agreed to by a judge, but a settlement has been reached.

And joining me now to talk about this is Scott Hardy with Top Class Actions, Scott, you know, this Chinese drywall issue, as I just mentioned, has been going on for a decade. You know, this was something that, again, I didn’t even know was still happening. I thought all of this had been worked out years ago and, and I follow these things closely. So this one slipped under my radar. I did not know this was still happening, but I’m, I’m happy to see this settlement come out.

Scott Hardy:                          Yeah, we’ve been following this for years. We still get hundreds of comments on these articles when we, when we post these things about the different dry, the Chinese drywall lawsuits. And even though we see this headline that says $248 million settlement reached, I’m wondering if upon review, the judge will deny it because it might not be enough. You had people that had to go through their entire homes and tear down all of the walls and put in American drywall that didn’t have this problem of leaking sulfur fumes.

And so what these class actions alleged is, as you said, you had a number of different brands that were just these, it getting imported from China. And when you put this, use this Chinese drywall, they would emit sulfur fumes. And that of course is not good for your health one, but two, it causes the metal to corrode much faster and to oxidize.

And so all of a sudden you’ll have fixtures around your house that are oxidizing, that shouldn’t be. And that was happening because of this Chinese drywall. So I’m honestly concerned about this settlement. I don’t know if it will be enough money because if you went through your, you know, 1500 square foot house, 2000 square foot house, and had to tear down all of the drywall and replace it, you know, that’s, that’s tens of thousands of dollars if not 100,000 or more. And this happened all over the country.

As you said, a lot of that was in hurricane stricken areas where there was a natural disaster. But of course in the past 10 years ago, there was a big building boom as well. So we have our, our, our, our, our booms and busts and when we were short on drywall, the Chinese came up there and said, hey, we got it. Oh, by the way, this might have some sulfur in it. Oops.

Farron Cousins:                  And it’s really sad too when you think about the people who not only had this, but then they realized this was the problem. They’re already out that money. And, you know, almost as importantly, they’re out all that time. If this was a project that they did themselves, this is not a fast project. I don’t know if, how many people watching this video have ever drywalled a home. I have. It’s awful. And now these people have had to go through it obviously twice, once when they put the Chinese drywall up the second time when they had to tear it all down and put American made drywall in there.

So they’re going to have to factor that into the cost as well. You know, obviously it’s one thing if you hired somebody to do this and you have those receipts, you can show that loss. When it’s you yourself that did this, you know, maybe over the span of several weeks at night after you leave work. Those people also have to be compensated for that time. You know, they may not have lost technically money from it, but they lost the opportunity to do something else with their time. And that is also worth something to, to everyone.

Scott Hardy:                          Absolutely, and just something that you and I talk about all the time is when you’re doing major repairs like this, major appliances, always keep your paperwork, keep those receipts. If you did happen to do these repairs yourself, find that, those, those, those receipts and those invoices because you will need them to maximize your claim from any settlement that comes from this Chinese drywall litigation. You will absolutely want to have that paperwork and submit that in.

If you had a contractor come and do it, make sure that you’ve got those receipts, talk to that contractor. That contractor should be able to submit a claim as well. So there’s, there’s a lot of different angles that you will want to use to legally maximize your claim from the Chinese drywall settlement once it’s finally approved.

Farron Cousins:                  Absolutely. For more information about this particular issue, please follow the link in the description of this video. This might be one you want to bookmark so that you can find out if the settlement gets approved or if the number becomes larger. And of course if it is approved, you need to know how to file your claim, so follow the link and save it if this issue is one that you’ve been a part of. And don’t forget, as always, please do subscribe to the Top Class Action weekly newsletter. It is absolutely one of the most valuable resources for consumers. Scott Hardy with Top Class Actions. Thank you very much for talking with us today.