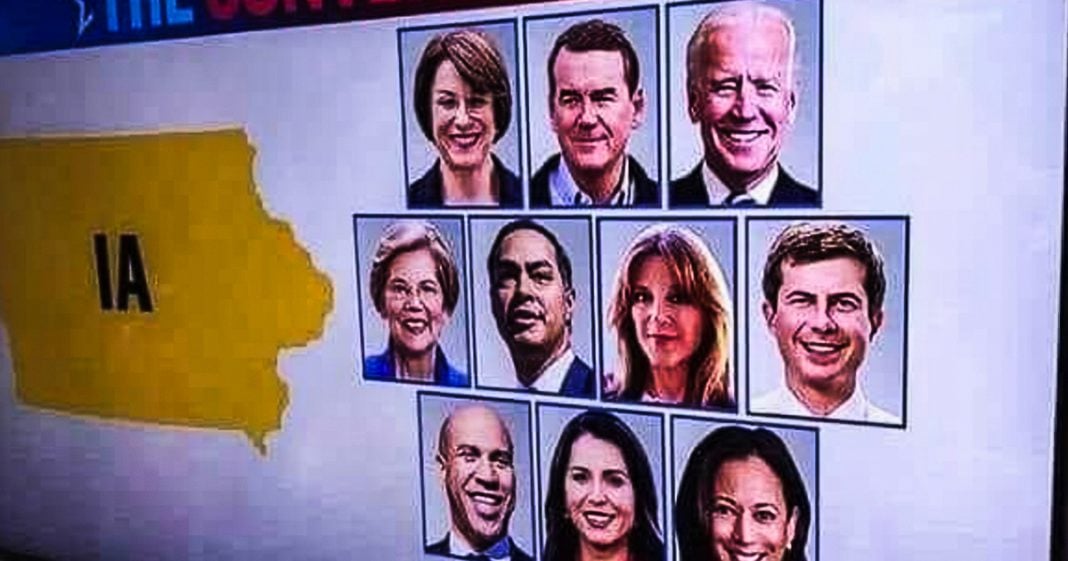 A savvy Twitter user (@BernieUpsateNY) snapped a picture of an MSNBC graphic recently that showed all of the candidates vying for a victory in Iowa. Oddly enough, Bernie Sanders wasn’t in the picture even though his poll numbers state by state have been surging. This is just the latest in a long line of Bernie-erasing from MSNBC. Ring of Fire’s Farron Cousins discusses this.